- January 08, 2007
Although it has frustrated me in the past, I really can't get enough of Titan Quest. I bought the game in August or so and I'm still happily playing it. Playing on my own, I have a Conjurer who runs around with 2 summoned 'pets', a lava giant and litch king. Playing multiplayer with Paul, I have a Level 39 Battle Mage.

So anyway, I am very excited about the expansion, entitled Immortal Throne, which is due out sometime in early 2007. With an Underworld focus, and around 15 hours of additional gameplay, it sounds fantastic. 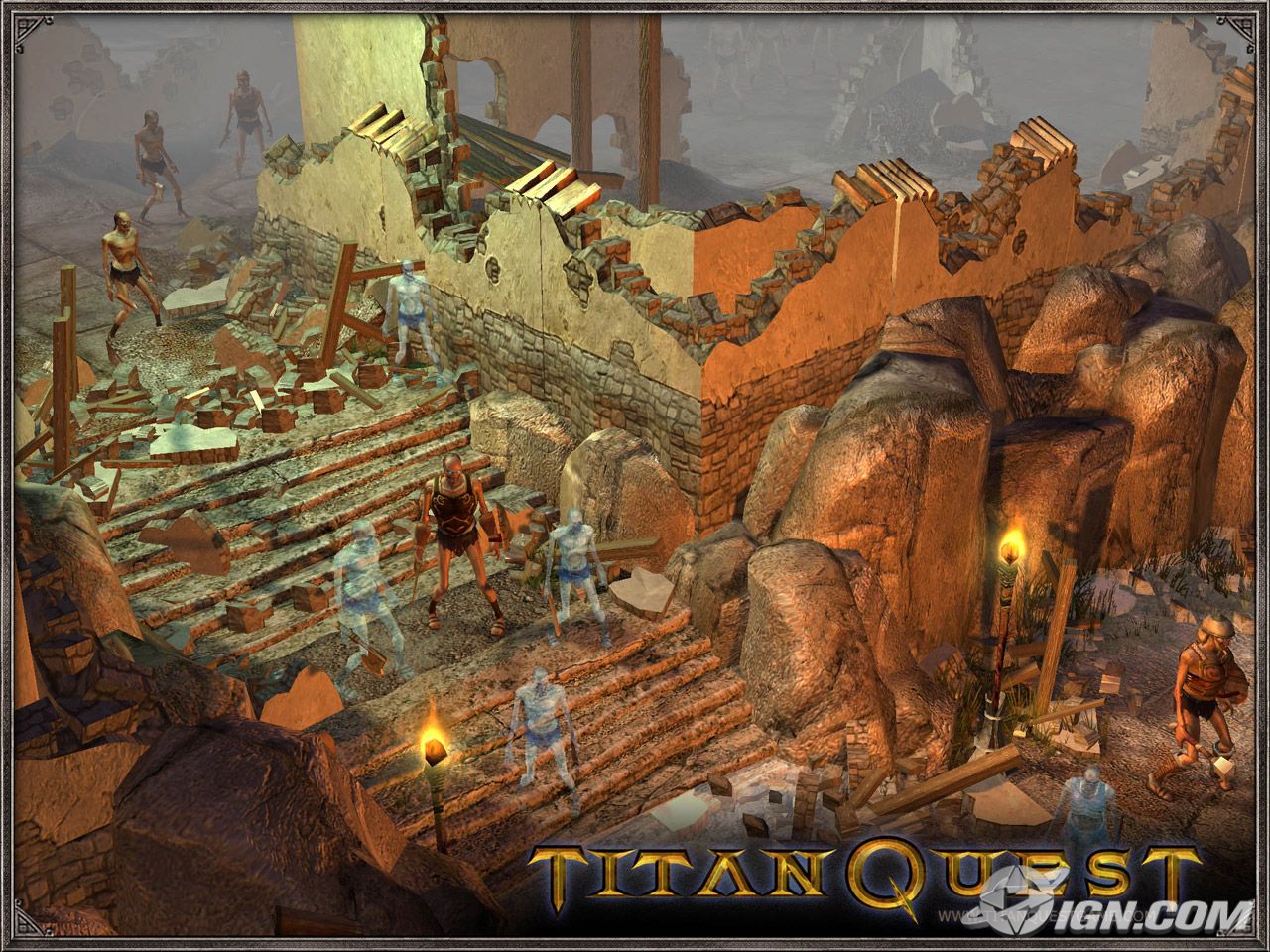 During a conference call held on November 3, 2006, THQ revealed that an expansion pack is in-development, which currently has a release date sometime in early 2007 [2].

In the Holiday 2006 issue of PC Gamer, the expansion pack was detailed, which has been titled too. The plot is as followed, as said by IM producer Mike Verrette.

As Zeus and the pantheon of gods are packing up and declaring that the time has come for mankind to control its own destiny, a Hades-born army is forming and cutting a swath of destruction through the already war-torn ancient world. Players must find a way into the underworld, fight their way through the advancing horde, and once again change the course of history.

Other enhancements have been mentioned, including:

* One full new act - comparable in size to all of Greece. It should provide 10 to 15 hours of additional gameplay.
* 30 new quests.
* 20 new monster types.
* Level cap raised to 75.
* One completely new mastery to the skill system called Dream Mastery. It features powerful buffs called trances that can only be used one at a time, as well as a complement of directional and area-of-effect skills, crowd control spells, and that ability to conjure nightmares from the dream world.
* Eight additional new classes.
* Scrolls - one shot skills and buffs, purchasable from merchants.
* Enchanters - for the right price, enchanters will allow you to separate relics and charms from items. Also the Altar of Creation will be usable, where players can create powerful items dubbed artifacts. Artifacts require an arcane formula and the correct ingredients.
* Caravans - item storage.
* 250 new unique weapons and armor.

Here's a developer diary thingie, which is very interesting:

In Immortal Throne, players return to the Mediterranean and are eventually sent into the underworld to combat an evil advancing army. We raised the level cap to 75 to allow for natural character growth throughout the expansion levels. Players will journey through historic Rhodes and Epirus, transverse the famed river Styx, cross the Plains of Judgment, and clash swords with the generals of the dark army on the famed fields of Elysium. These levels comprise 15 hours of new gameplay at each difficulty level, as well as more than 30 new quests.

The expansion will still feature the fast-paced, action-oriented gameplay found in the original Titan Quest, and the loot-collecting is better than ever. We have added over 400 new pieces of equipment. There are new affixes for weapons, new relics and charms, and 20 new monster types to hunt for rare loot. Caravans now travel between all the major cities providing players with added storage space for collecting items they may not wish to carry with them at all times. Additionally, caravans will enable players to transfer items between their characters.

Oh, and you can see more images from the game here. 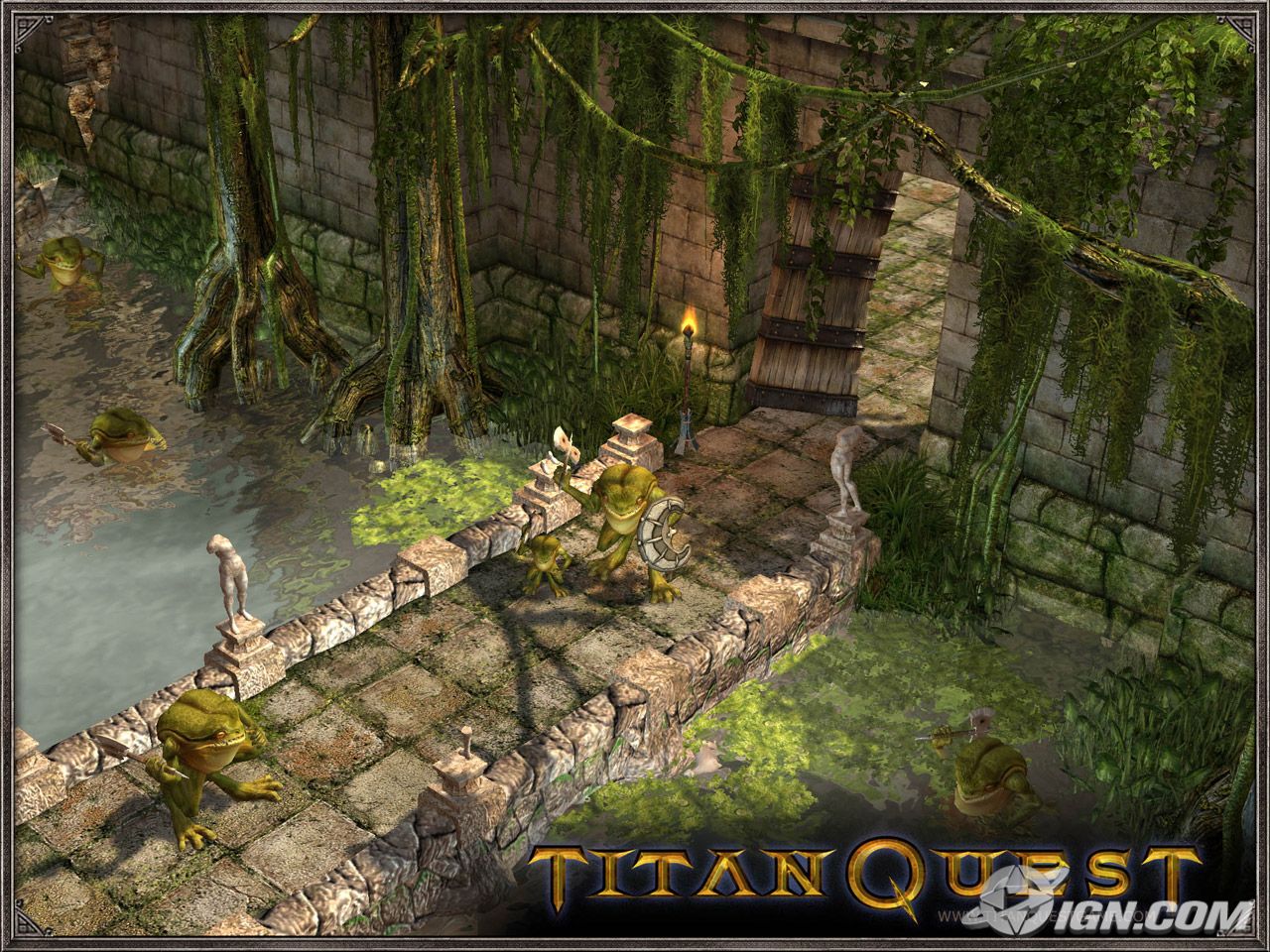 Stacey said…
Pfangirl, you have a fantastic blog. There's so much variety, your readers (voyeurs) can never get bored. I especially love all the movie news. We miss you in the Pond - please pop in every now and then. S P.S. Happy New years, best wishes for 2007.
11:07 AM

Pfangirl said…
Hi Stacey, thanks for the comments and the New Years wishes. All the same to you, Wes and the hounds too.

I actually do pop into the Pond regularly just to see what's going on.
8:22 AM