- July 17, 2013
Following on from the first post in this series, you may realise that I have a very definite type.

Anyway, today we profile model-turned-actress Rhona Mitra. This 36 year old Briton is of English, Irish and Indian descent. You'll have seen her pop up on the big and small screen multiple over the past decade and a half, although Mitra's claim to fame is that she was the second ever model (some say first if you rule out "unofficial" Nathalie Cook) to play iconic video game character Lara Croft. From 1997-1998, Mitra could be found in PR material, as well as at trade shows, events and conventions as a flesh-and-blood embodiment of Tomb Raider's kick-ass archeologist lead.

There have been many official Lara Croft models over the years, but as far as I'm concerned Mitra remains the best. In my mind, of all of them, she most closely resembles the video game character in terms of facial features. Plus she comes from money and had a rebellious boarding school past, which gives her a pretty similar background and attitude to Lara (pre-reboot anyway).

Out of interest, the story goes that Mitra got her plastic surgeon father to up the size of her assets for the role. 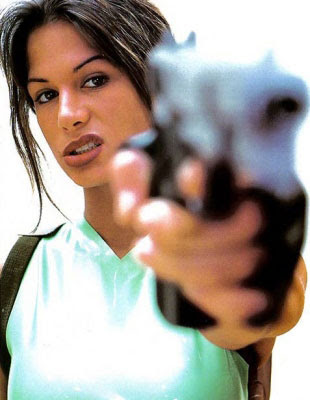 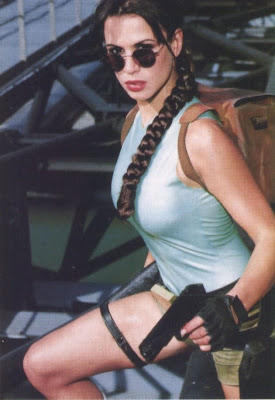 
You see, she even has a look of the young Lara Croft of this year's reboot game? 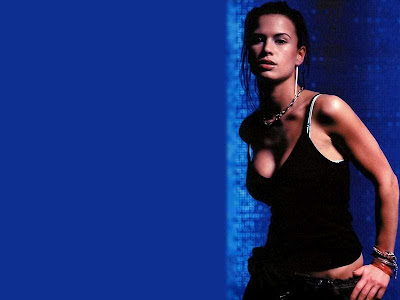 Now Mitra isn't a particularly amazing actress - then again she's never really had a dramatic role to stretch herself. Her range is pretty limited to scowl and smolder. However, performance-wise she's never cringeworthy and she gets the job done when it comes to convincingly delivering the sultry badassery with a British accent. Evidently guns are her favourite accessory.

Also, man, she really knows how to rocks a blazer! 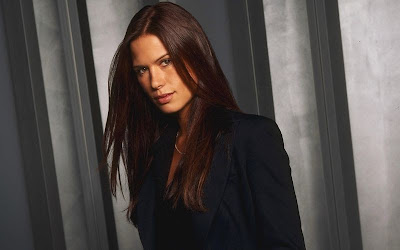 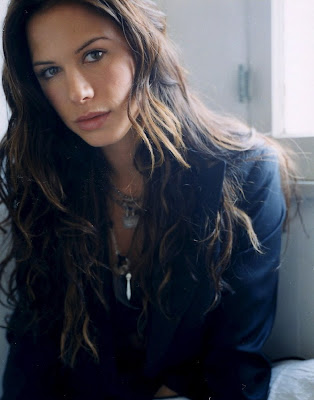 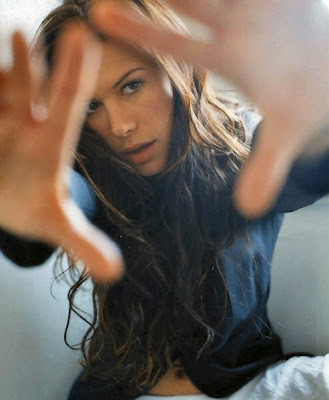 So where else, notably, have you seen Rhona Mitra?

In the final season of The Practice and the first of Boston Legal as paralegal Tara Wilson, flirting it up with James Spader's morally dubious attorney Alan Shore. 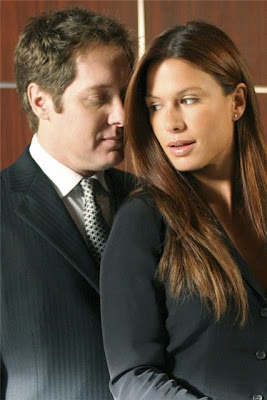 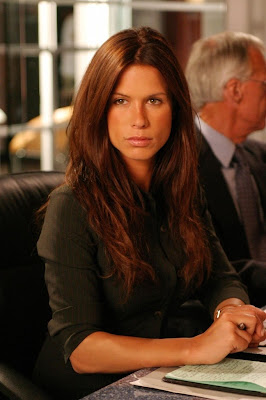 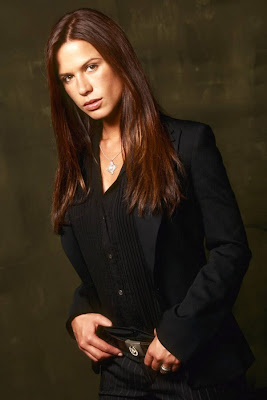 In Season 3 of saucy medical drama Nip/Tuck as a police detective on the trail of masked serial rapist and killer known as the Carver. Of course, being Nip/Tuck, bisexual sexytimes, threesomes and foursomes followed... 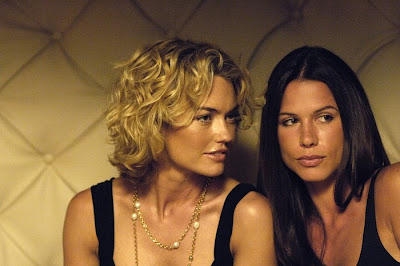 In a 3-episode story arc in Season 1 of Stargate Universe as ruthless human commander Kiva. 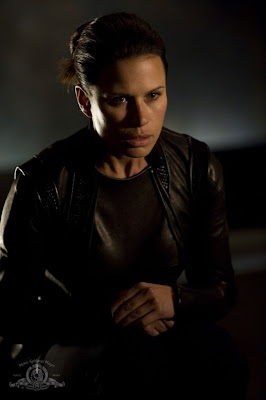 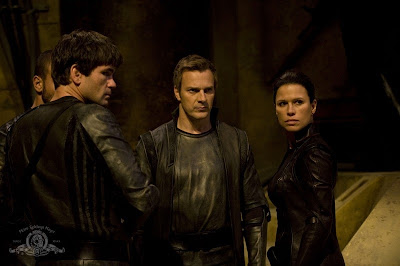 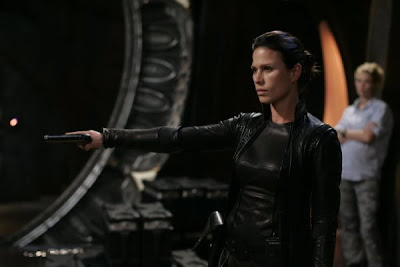 Donning fatigues and picking up a rifle in the third season of British special operatives series Strike Back, otherwise known as Strike Back: Vengeance, which was filmed largely in South Africa. How on Earth did I miss this? She'll also be back in Season 4. 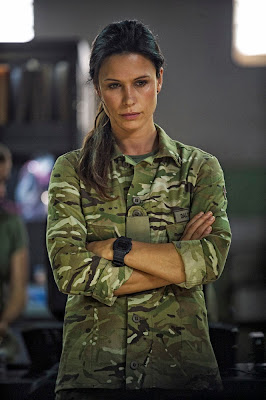 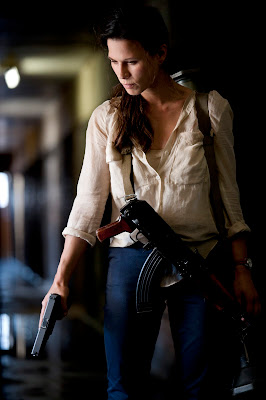 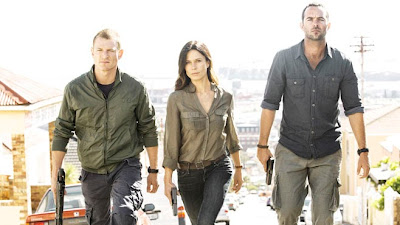 When not being a badass, "treacherous seductress" seems to be a default cinematic state for Mitra (well, at least at the start of her career), with the actress playing variations of this role in The Life of David Gale, The Number 23 and Ali G Indahouse.

Meanwhile though, you would have spotted her:

In a small but memorable role as a woman raped by Kevin Bacon's invisible, increasingly insane scientist in Hollow Man. 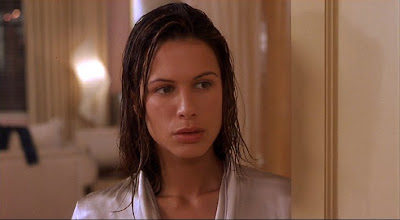 Heading up the batshit insane science fiction actioner Doomsday, a weird tornado of genres where our heroine - complete with cybernetic eye - goes toe-to-toe with both a knight and a post-Apocalyptic cannibal punk. Seriously... It has to be seen to be believed. 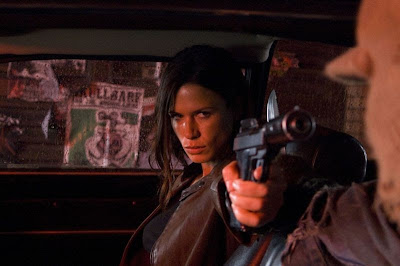 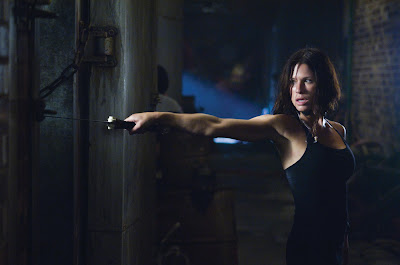 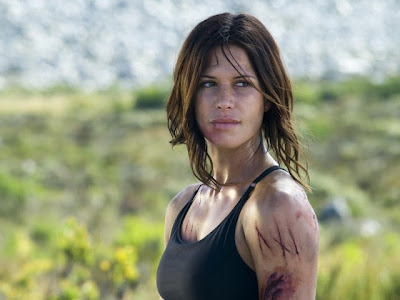 Subbing for Kate Beckinsale (well, filling the hot vampire warrior chick role) in Underworld 3, AKA Underworld: Rise of the Lycans. Coincidentally, Mitra also fought werewolves just before this movie in the dire Skinwalkers. 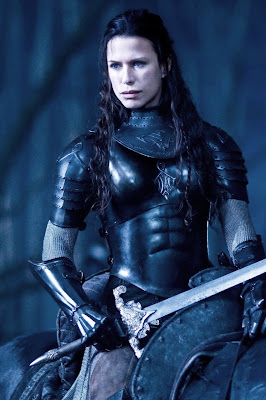 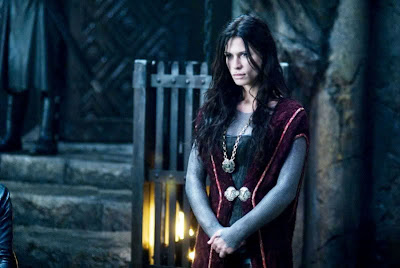 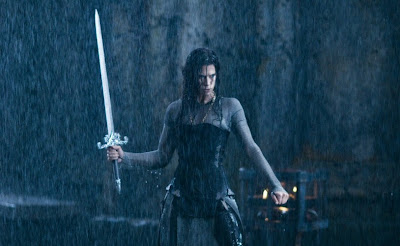 Where will we see Rhona Mitra next?

Evidently that's going to be the TV pilot for novel adaptation, The Last Ship, an action thriller which sees the crew of a naval vessel trying to survive after a pandemic pretty exterminates the rest of Mankind. Mitra plays a doctor alongside Eric Dane and Adam Baldwin. The 10-episode first season is apparently set to start screening next year. You can watch the trailer here. 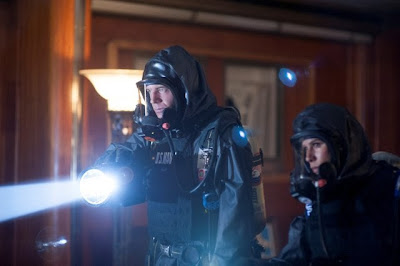 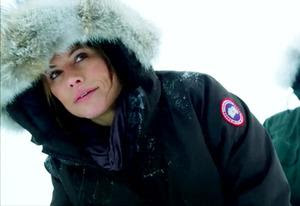