Showing posts from February, 2014
Show all

Movies out today: all about the Oscar nominees and true stories 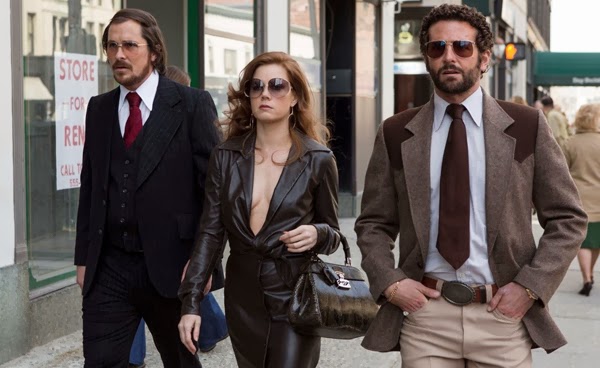 This year's Oscars take place on Sunday night (early Monday morning, South African time). So, naturally, local film distributors are getting in on the action, with the release of two of the biggest names of the 2013 awards season. It's also, incidentally, a notable week for true stories hitting the silver screen.

American Hustle:
Loosely based on real events, this crime comedy-drama centres on a couple of con artists (Christian Bale and Amy Adams) who are forced by Bradley Cooper's FBI's agent to scam and incriminate mobsters and corrupt political figures in the late 70s - early 80s. Also with Jennifer Lawrence and Jeremy Renner.

American Hustle is currently in the running for 10 Academy Awards, and has already bagged a hefty load of other accolades, particularly for its leading ladies. Sporting an aggregated Rotten Tomatoes review score of 93% Fresh, the film is apparently a highly entertaining, exciting and exceptionally well-acted character study. Funny, smart and …
Post a Comment
Read more 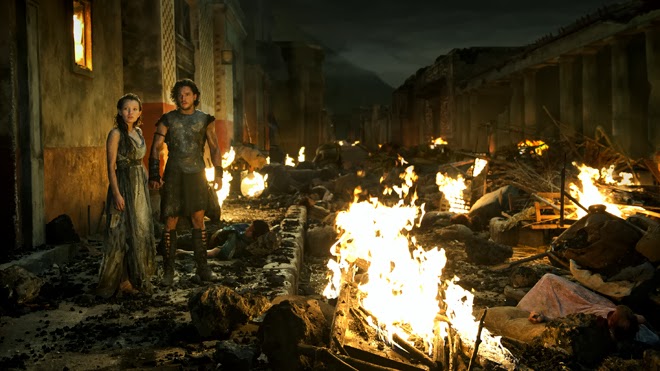 You know what actually gave Titanic its emotional heft? It wasn’t the star-crossed romance between pretty young lovers. It was the band playing on. It was the elderly couple spooning on the bed as their cabin filled with water. It was the mother telling bedtime stories to her children to keep them calm despite the hopelessness of their situation.


Sadly, director Paul WS Anderson – he of Resident Evil, Alien vs Predator and steampunk The Three Musketeers fame – hasn’t realised this, and in Pompeii we therefore get an Ancient World-set disaster flick that takes as its core an utterly trite, uninvolving romance that doesn’t ring true at all.

Because as much as Leonardo DiCaprio and Kate Winslet were mocked, they at least had onscreen charisma and chemistry. Pompeii lead Kit Harington may get to flash his six-pack a lot but his character – a surly, vengeful Celtic gladiator – just feels like a rehash of his character in Game of Thrones. As the daughter of a well-to-do Pompeii businessman…
Post a Comment
Read more 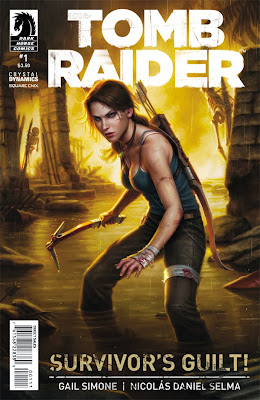 
You can read my previous posts on the comic here and here. In essence, however, the new Dark Horse series will bridge the gap between last year's game and its announced, but otherwise top secret, sequel.

As the comic kicks off, the survivors of Yamatai are struggling with post traumatic stress. Lara, in addition, is plagued by guilt over her responsibility for so many deaths. However, it looks like Croft and co. won't be able to leave behind what happened on the island, no matter how much they want to.

Check out the first 6 pages of the 32-page debut issue below, and don't forget to read Simone's latest interview on the comic. Important take-homes from that interview are A) the implication that yep, writer Rhianna Pratchet…
Post a Comment
Read more

Four movies hit South African cinemas today, and the entertainment offer is all about escapism in its many genre forms.

Pompeii:
Slathering on the CGI-visuals is this shot-for-3D action-adventure from director Paul WS Anderson (he of Resident Evil and other video game adaptation fame). Set in Pompeii on the brink of Mount Vesuvius's surprise eruption in 79CE, this disaster romance centres on a slave-turned-gladiator (Kit Harington) who is intent on reuniting with his love, a wealthy merchant's daughter (Emily Browning) before it's too late. Kiefer Sutherland is the Big Bad Roman official trying to keep the couple apart. Trailer Tuesday profile here.

Totally targeting the Titanic formula (and audience), Pompeii is apparently a big, dumb, guilty pleasure that doesn't skimp on the cheese. Like we expected anything less of Anderson? Pity that the convoluted love story spoils the destructive fun. Pompeii is currently sitting with an aggregated review score of 31% Fresh on Ro…
Post a Comment
Read more

Let It Go: the 16 songstresses parody 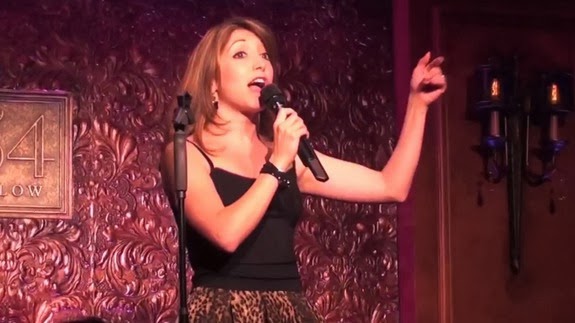 So there are a lot us holding thumbs that Let it Go from Disney's animated smash hit Frozen (my review) will be named Best Song at this year's Academy Awards in a few week's time. Until then, check out singing impersonator Christina Bianco diva-mashup version on the song, where she sings it as everyone from Britney Spears to Julie Andrews. It's quite brilliant.

For the record, you can watch all of Bianco's impersonation parodies and other musical work on her YouTube channel here

Movies out today: Vampires, Nazis and Anchormen for V-Day 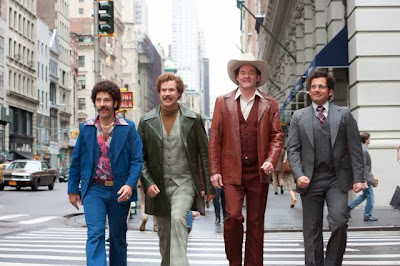 It's Valentine's Day today and your choice of new movies for backseat cinema cuddles this weekend is surprisingly vast. From inane comedy to historical drama, take your pick.

Anchorman 2: The Legend Continues:
It's been a decade since the world first metWill Ferrell's idiot 70s TV anchor Ron Burgundy in the comedy that went on to achieve cult status. The full cast of the original is back for the sequel, in which Ron's arrogance and jealousy have drastic consequences for his personal life. Joining Steve Carell, Paul Rudd, David Koechner and Christina Applegate this time are the likes of James Marsden, Kristen Wiig and Harrison Ford, while audiences should also look out for Jim Carrey, Sacha Baron Cohen, Tina Fey,Amy Poehler and more.

Considering how "pointless" comedy sequels normally fare with critics, Anchorman 2 is something of an exception... apparently. 74% Fresh on review aggregator site Rotten Tomatoes, the film is the eccentric, hit-and-miss non…
Post a Comment
Read more 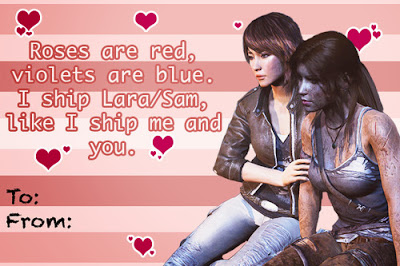 Here's your friendly reminder that this Friday is that most odious, ball-achey of commercialised holidays: Valentine's Day.

Yep, that one day of the year it's preferable to hole up at home like there's an actual zombie Apocalypse instead of venturing out. The latter is to be avoided because there will be crowds and crowds of lovers doing those most romantic of things: like queuing, and eating rigidly set menus like every single other couple in the restaurant...

Phew, that ended up much longer and much more cynical than I thought it would. Because, truthfully I do have a secret soft caramel centre...

Anyway, if you do want to add a bit of geeky fun to your Valentine's Day, how about some Tomb Raider 2013-themed gift tags?


You can view the other tags in the series here.
Alternatively, for something a tad more highbrow, there are these wonderful Valentine's Day cards to purchase, featuring great literary and historical figures. Check 'em out.
Post a Comment
Read more 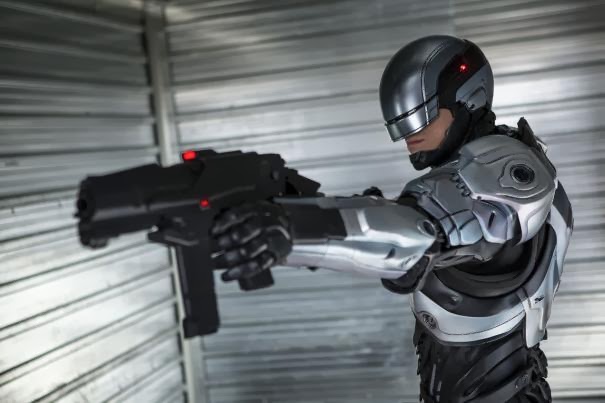 You'd think that today was Valentine's Day given the number of romances that are hitting the big screen in one go. However, the big release of the week is more about bullets and broken limbs than broken hearts.

RoboCop:
Also screening at IMAX is this sci-fi actioner that reboots the RoboCop film franchise. Joel Kinnaman is good cop and family man, Alex Murphy, who wakes from a near-fatal car bombing to find that he has been turned into a cyborg. And so begins the struggle between the Man and Machine parts of his nature. Also with Gary Oldman, Michael Keaton, Abbie Cornish, Samuel L Jackson and more.

South Africa is actually getting RoboCop 2014 a full week before the United States (for a change). As a result, the film has yet to accumulate an aggregated review score on Rotten Tomatoes. At the time of writing, however, consensus seems to be that the film is far better than its troubled development suggested it would be. It's a very different beast to Paul Verhoeven's 198…
Post a Comment
Read more 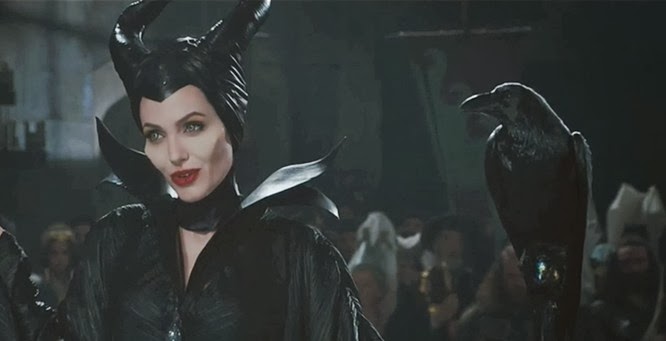 After the mammoth success of Tim Burton's Alice in Wonderland, it was kind of inevitable that Disney would warm to the idea of live-action fantasy prequels and sequels - telling the "untold story" of that particular fairy tale universe. So, following 2010's Alice was last year's Oz the Great and Powerful and, this year, Maleficent.


I've blogged before about Maleficent, but in essence the film is supposed to explain the origins of one of Disney's most iconic animated villains - and why she curses Princess Aurora, as opposed to gifts her like the other fairies. Actually, it turns out it's a bit more complicated than that. In the 2014 film, Maleficent's origin tale is bound up in a retelling of the actual Sleeping Beauty story (well, the Disney version anyway - no coma rape here), though from the antagonist's perspective. Something about revenge and the conflict between the Natural and Human World, blah blah blah... 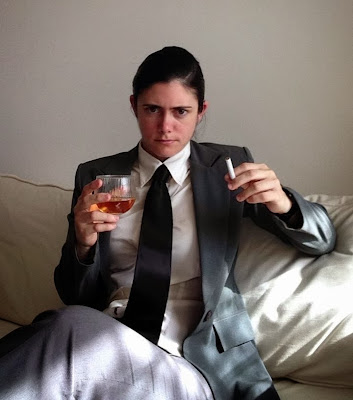 My near future is in a bit of limbo at the moment, which makes me resistant to starting large scale cosplay projects - despite so many great ideas, urgh.

However, in the meantime, here's my take on Don Draper (or maybe it's Sterling Archer?!) from our staff Christmas party last year. The theme was "Dress like you're in Advertising."