Showing posts from January, 2014
Show all

Movies out today: Oscar nominees return, as do meatballs 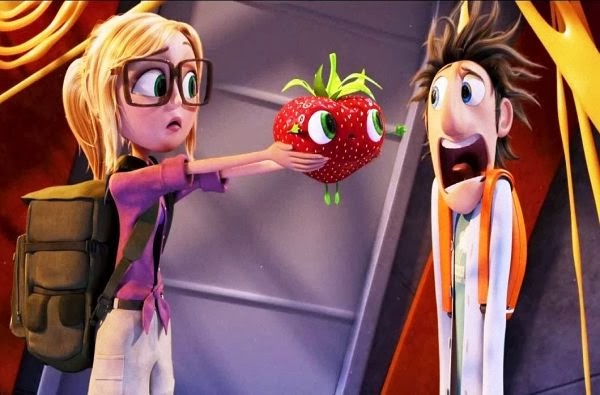 Only three new movies hit cinema today, although to cash in on their Oscar buzz, both Gravity (my review) and Captain Phillips (my review) are returning to the big screen at select Ster Kinekor cinemas. You can catch the former in 3D and, in a coup of Durban moviegoers, 3D IMAX.

Cloudy with a Chance of Meatballs 2:
Screening in 2D and 3D is this animated comedy adventure. True to sequel form, the stakes - or should that be steaks? - are bigger, as is the setting. Following directly on from the original film, this time luckless inventor Flint Lockwood and his friends have to contend with sentient food creatures. With the voices of Bill Hader,Anna Faris, Andy Samberg, Neil Patrick Harris and many more.

The original Cloudy with a Chance of Meatballs was a surprise critical and commercial hit. Its sequel is apparently just as good, if not better. The sequel may have lost some conceptual freshness, and it may be unfocused, but it still manages to establish its own identity and be loads of s…
Post a Comment
Read more 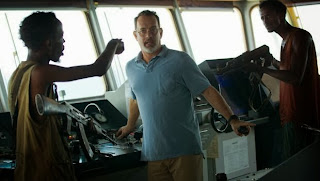 Typically I’m not a fan of shaky cam – that rapid-cutting, all-over-the-place cinematography style designed to visually convey characters’ fragmented, subjective experience during adrenalin-charged moments. Its use ruined Quantum of Solace for me, turning the action scenes into a migraine-inducing, incoherent mess. Still, I’m the first to admit that if any director knows how to use this “realistic” visual treatment to maximum effect in generating tension and engrossing the viewer, it’s Paul Greengrass.


The man responsible for United 93, as well as the second and third Jason Bourne movies, does it again with Captain Phillips, easily one of the most consistently gripping films of 2013 – and a current Oscar nominee in six categories, including Best Picture.

Captain Phillips is based on a true story, the not-so-long-ago 2009 boarding of an American cargo ship by Somali pirates. Tom Hanks plays the title character, an ordinary family man whose obsession with procedure, quick thinking and …
Post a Comment
Read more

Trailer Tuesday: Dawn of the Planet of the Apes 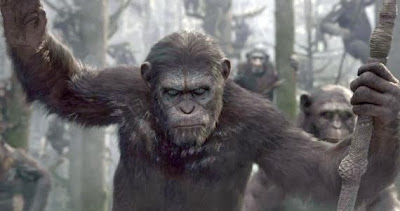 When franchise reboot/prequel Rise of the Planet of the Apes was announced, I admit I didn't take it very seriously. It just seemed like another unnecessary origin story foisted on us by an unimaginative Hollywood obsessed with explaining and showing everything... because that was so much easier than coming up with an original creative property and plot.

Colour me surprised then when Rise turned out to be one of the best blockbusters of 2011 (my review); a mammoth critical and commercial hit.

Set in the very near, identifiable future - Rise resisted the urge to go full-blown glossy, escapist sci-fi. Instead, aided by Oscar-nominated visual effects and a powerful motion-capture performance by Andy Serkis, Rise told the touching, character-focused story of Caesar, a hyper-intelligent chimpanzee stranded between the worlds of Man and Ape. Misunderstood, frustrated and increasingly angry, Caesar eventually rebels against his mistreatment.

Less than one month until Lara Croft's adventure officially continues 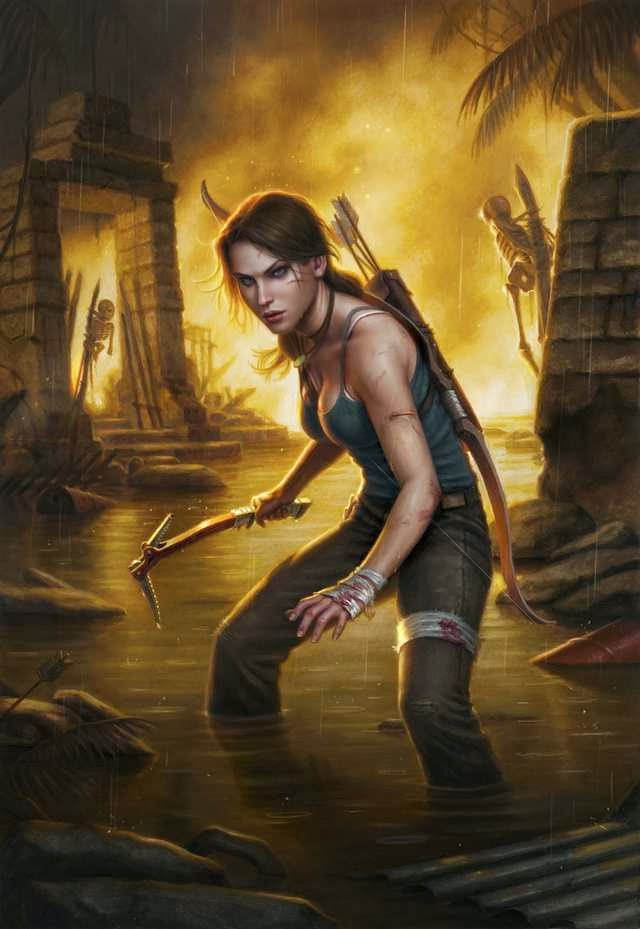 Well, the "we've made it PC-game pretty without the fiddling" Tomb Raider: Definitive Edition comes out tomorrow for the PS4 and Xbox One - complete with a new Lara Croft model who looks very much like Gemma Arterton. (Trailer here)


However, much more exciting is the fact that it is now less than one month until Lara's story officially continues... on the printed page.

(Because, you know, some of us have been continuing the story unofficially...)

Issue #1 cover
Bridging the gap between video game reboot/prequel Tomb Raider 2013 and the announced, though-as-yet-unnamed sequel, is a new monthly Tomb Raider comic book series from Dark Horse Comics. You can read my initial thoughts on the announcement when it was made back in August '13.

The new Tomb Raider comic is scripted by Gail Simone - who has a reputation for bringing humour, heart and an authentic-sounding, suitably complex female voice to the likes of Batgirl, Wonder Woman and, currently, Red Sonja. 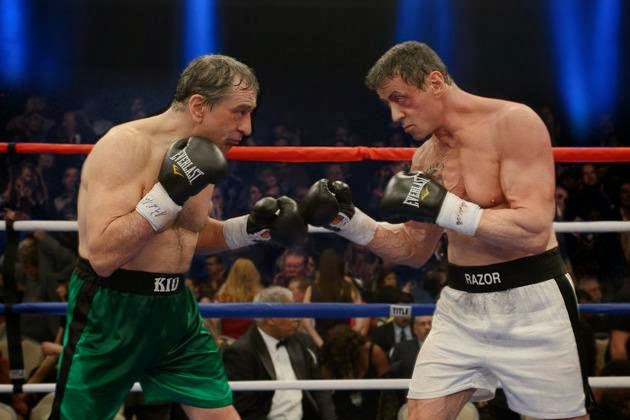 Four new films open in South African cinemas today. And a quick scan over the reviews reveals they're all a pretty watchable, if unexceptional, lot.

Grudge Match:
Those heavy hitters (literally) of 70s and 80s cinema - Robert "Raging Bull" De Niro and Sylvester "Rocky" Stallone - star in this sports comedy about two retired boxers and rivals who come out of retirement to settle once and for all who is the better fighter. Also with Alan Arkin and Kim Basinger.

Obviously the big appeal with Grudge Match is the never-before pairing of its stars, both of whom have iconic boxing flicks under their belt. Word is that the film is watchable enough but far from special. A riddled with cliches-and-clumsiness 25% Fresh on review aggregator site Rotten Tomatoes.


The Book Thief:
The acclaimed bestselling novel for young adults gets the big screen treatment. The film chronicles the experiences of an adolescent girl (Sophie Nélisse) in Nazi Germany. Apart from the loss o…
Post a Comment
Read more 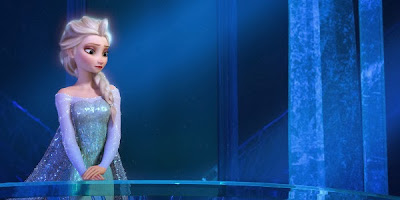 First things first: if you’re expecting a faithful animated telling of Hans Christian Andersen’s The Snow Queen, you are likely to be disappointed. Frozen is an even greater departure from its source material than Tangled (Walt Disney’s last CGI-fairy tale) was from Rapunzel.


This said, despite its deviation from a rich original story – and despite not actually being as good as 2010’s Tangled (more about that in a minute) – the makers of Frozen have nonetheless managed to craft a thematically dense tale of their own creation. There’s a surprising lot seething beneath the surface of a fairly straightforward narrative.

And although Frozen falters in the end, by suddenly drowning out its surprisingly subversive messages with ye olde “importance of true love” insistence, there is still a lot of interesting content that precedes it. Not to mention a gorgeous Scandinavian aesthetic, and some marvellously memorable Broadway-style songs – including the Oscar-nominated show stopper Let It Go.

Your earworm for Monday 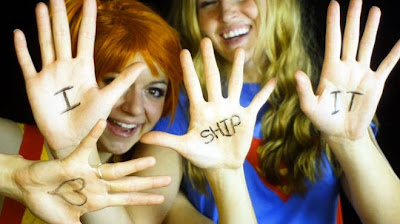 Just passing on the aural infection this fine morning. This specific parody track - which deals specifically with the joyous, unapologetically crackship-crazy culture of fandom and fan fiction - is highly contagious. Even if you need Urban Dictionary to decipher some of the terminology being thrown around.


By the way, while you're at it, check out Not Literally's equally fun Game of Thrones-inspired track - A Character I Used to Know. 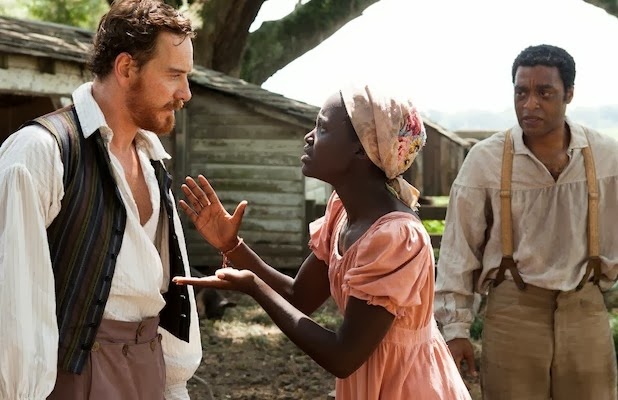 12 Years a Slave:
This historical drama just won the Best Feature Film - Drama award at this year's Golden Globes, and is one of this award season's heavy hitters. Based on a true story - and 19th Century memoirs - Chiwetel Ejiofor plays a free man in the North who is kidnapped and sold into slavery in the Deep South. The star-studded cast includes Michael Fassbender, Paul Dano, Benedict Cumberbatch and Brad Pitt.

Coming from Shame and Hunger director Steve McQueen, 12 Years a Slave is apparently a pretty rough watch; harrowing in terms of its unflinching depiction of cruelty. Powerful, artfully shot and exceptionally well acted, the film has managed to earn a devastating 97% Fresh rating on review aggregator site Rotten Tomatoes.

Kickstart genderfluid novel Under My Skin 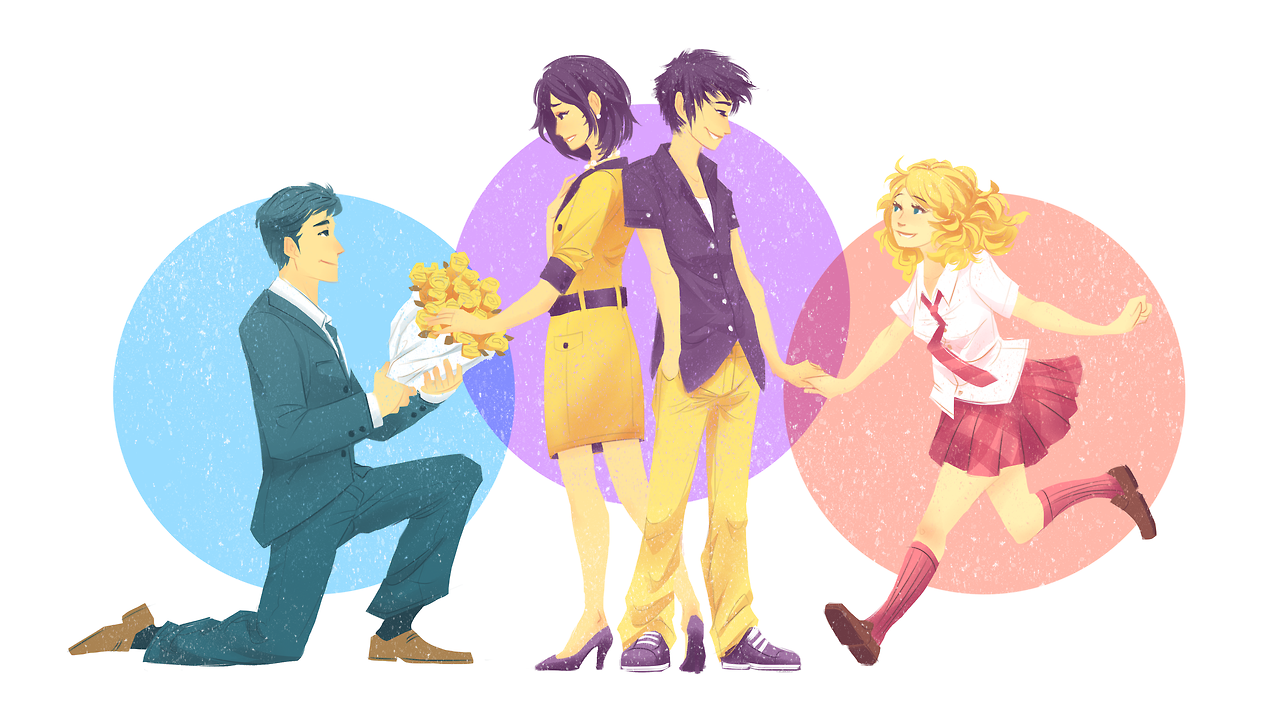 This is the synopsis:
Under My Skin is the story of Min Lee, a young woman who has everything. She has a great job with a great salary, a great boyfriend, a great house and a great family. Her future looks bright. Still... she can't help noticing the cracks in her life and privately wondering if this is all that there is. It's not until she meets Bree, a headstrong schoolgirl hellbent on anchoring herself in Min's life, that she allows herself to recognize that her perfect life isn't so perfect for her.
And that's when everything starts to get really f*cked up.
The story follows Min as she tries to reconcile how she feels inside with how she looks outside, how it impacts her work and her relationships, and what it all ultimately means for her future. 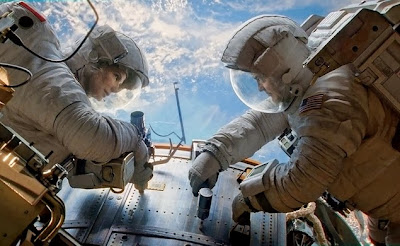 Continuing last week's look back at the previous year in Pop Culture, here are my picks for the best and worst films - plus other notable mentions - of 2013. According to my calculations, I caught 44 cinema releases in the last 12 months, and the following choices are based on them.

Please bear in mind that this selection is based on South African release dates, and as such may include 2012 films that only made their local debut in 2013.

For comparative purposes you can also read TheMovies.co.za's democratically elected 2013 Best and Worst List. And while you're at it, check out the rather unexciting Golden Globes winners list from earlier this week.


The Hunger Games: Catching Fire [not yet reviewed]


Most Disappointing:
Tie between Man of Steel (3D) and Only God Forgiv…
Post a Comment
Read more
More posts