Showing posts from March, 2014
Show all

Cosplay: A Happy Parody and more 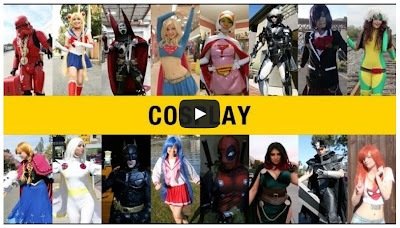 Just bringing a little geek cheer to perk up your Monday. I fail to see how you won't have a big smile on your face by the end of this effort...


So here it is: a cosplay-centric parody of Pharrell Williams' global smash-hit Happy.


At the same time, you can also check out this cosplay video shot at last year's rAge, South Africa's biggest electronic gaming expo. I was in attendance for the first time, and I have a couple of blink-and-you'll-miss-it appearances in the video below - which, for the record, does a fantastic job of showcasing the high standard of local cosplay.


Plus, for even more cosplay goodness from rAge there's another cool video here. Enjoy.
Post a Comment
Read more 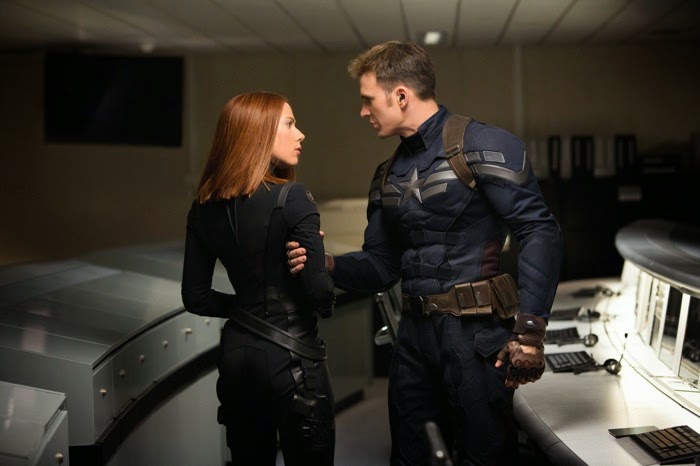 Five new movies open in South Africa today, with the emphasis for the most part being on secret identities, crime and action.

If reviewers are to be believed - it currently sports an aggregated review score of 93% Fresh on Rotten Tomatoes - Captain America: The Winter Soldier is a standout must-see. Unique among the recent Marvel releases it plays down the CGI and plays up the conspiracy angle, coming across more as an espionage actioner with a cos…
Post a Comment
Read more

Micro movie reviews: The Wolf of Wall Street and 12 Years a Slave 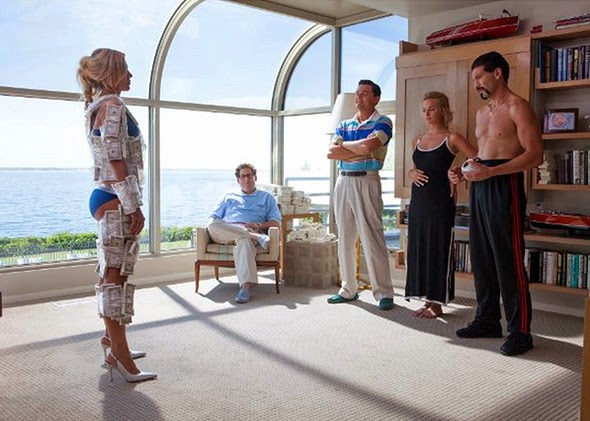 Playing a bit of catch-up today with some recent high-profile movies that I never got the chance to review in full. Look out for more of these posts in the coming weeks, but today we start with two of the biggie releases of the recent awards season.

The Wolf of Wall Street:
The Wolf of Wall Street was definitely one of the most divisive films of this year’s Oscar nominees. With living legend Martin Scorsese at the helm, and a strong cast headed by Leonardo DiCaprio and a blindingly white-toothed Jonah Hill, there’s no question about the pedigree of this biting comedy-drama. It’s just that this true story – of fortunes built on dodgy stock dealings, and the jaw-dropping debauchery of the broker lifestyle – feels incredibly drawn out at a full three hours long. It could easily have been compressed into 120-140 minutes, because in its current form The Wolf of Wall Street is a series of dull dips and electric surges. Speaking of the latter, regardless of anything else, the movie should be…
Post a Comment
Read more 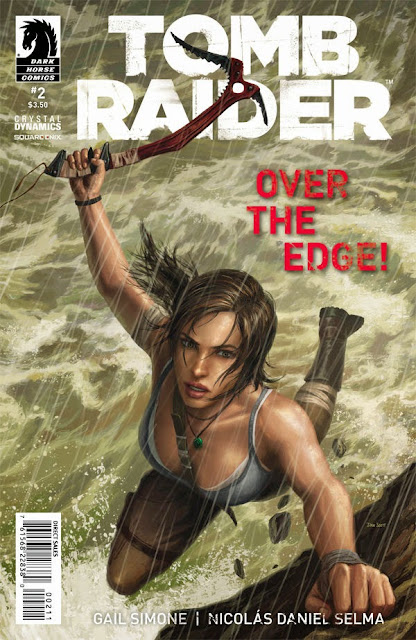 Just a reminder that available from today is the second issue of the all-new Tomb Raider comic - written by Gail Simone, pencilled by Nicolas Daniel Selma and published by Dark Horse Comics.


You can read my review of Issue #1 here, but in essence, if you're wondering what the new comic series is about, it continues the story introduced in the 2013 Tomb Raider video game reboot. The reader follows fresh-out-of-uni Lara Croft as she evolves from a bookish archeology graduate to a no-nonsese adventurer increasingly open-minded about supernatural forces at work in our reality.

Below is a 6-page preview of the new comic - in which Reboot Lara gets aquatic for the first time; showing off one of the skills so integral to the character in her older iterations.

Please note: the preview contains spoilers relating to events in the first comic. If you plan on reading the entire series, beware.

More about me... and my Tomb Raider fandom 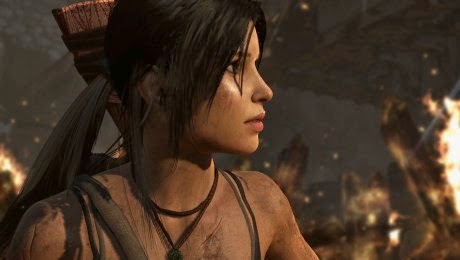 For the past few weeks, Kelly at The Archaeology of Tomb Raider (Twitter account here) has been running interviews with Lara Croft fans around the globe. It's a nifty series that highlights the unifying and motivational power of fictional characters in the real world.

Anyway, this last Friday was my turn to be interviewed, and you can read my In the Spotlight Q&A session here. 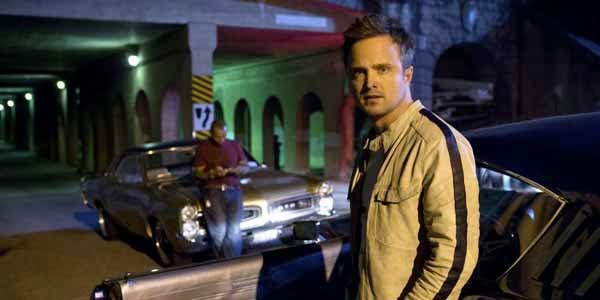 Thanks to Human Rights Day falling on a Friday this year, it's a 3-day weekend in South Africa. This means all the new cinema releases are out from today, not tomorrow. And this week you have a choice of 6 new movies.

Need for Speed:
Screening in 2D, 3D and 3D IMAX is this action film based on the Need for Speed series of racing games. A garage owner and after-hours street racer (Aaron Paul) sets out to avenge his friend's death and his own imprisonment. This means taking part in an illicit cross-country race of course! Dominic Cooper is the Big Bad, for the record.

The cash-in comparisons to The Fast and the Furious were inevitable, and Need for Speed doesn't hold up well. 23% Fresh on review aggregator site Rotten Tomatoes, the film is apparently too long (it's 130 minutes) and painfully stupid. Spectacular stunt work though. Out of interest, Kervyn at TheMovies.co.za has called Need For Speed the best car racing movie in ages; pity it's just not a good movie in …
1 comment
Read more

Illegal immigration: It's alright as long as the perpetrator is ADORABLE!

That's pretty much the cynic's interpretation of Paddington Bear - the beloved British literary character first unleashed on the world in 1958 by novelist Michael Bond and illustrator Peggy Fortnum. Generations of children (myself included) have fallen in love with this exceptionally polite and principled little bear, who is famous for his fondness for duffle coats and an even greater fondness for marmalade sandwiches.

Now Paddington has already starred in a iconic animated TV series, but the little bear from Darkest Peru has had a harder time making the leap to the Big Screen. When a film project was announced all the way back in 2007, I honestly believed it would sit in Development Hell forever. Yet, here we are, just 8 months from the release of family-friendly comedy adventure Paddington.


The official plot synopsis of the film is as follows:
Paddington follows the comic misadventures of a young…
Post a Comment
Read more 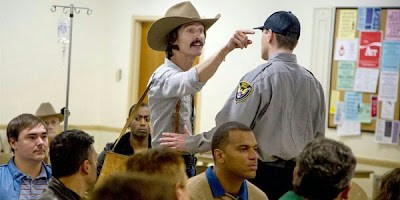 A lot has changed in 30 years; and in some regards, that’s a very good thing. Once upon a time, in the mid 1980s, if you were found to have the AIDS virus, it was over for you. A horrifically painful, wasting death awaited in the very near future. Then there was the stigma that turned you into a social pariah – AIDS was considered a gay disease and it was still largely unclear how it was spread, meaning people wouldn’t even want to be the same room as you; let alone touch you.


In true story Dallas Buyers Club, this is the exact situation that blue-collar Man’s Man Ron Woodroof (Matthew McConaughey) finds himself. Told in 1985 that he has just 30 days to settle his affairs, Woodroof starts off in massive denial. This electrician, rodeo cowboy and occasional conman returns to his hard-living ways. Soon though, he has no other option but to accept that he is sick. Really, really sick.

What he doesn’t accept though is dying, particularly when his research reveals that there are new antire…
Post a Comment
Read more 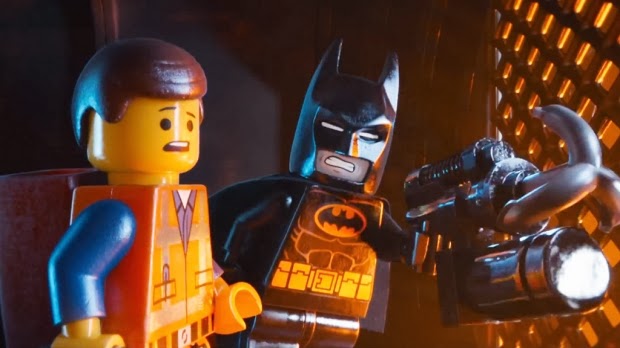 The LEGO Movie:
The biggie release of the weekend is this animated action comedy for the whole family. Screening in 2D and 3D, the film uses a CGI-replication of stop-motion to convey the real-world tangibility of the LEGO toys central to this Matrix-y tale. For the record, The LEGO Movie centres on very ordinary construction worker Emmet Brickowski (voiced by Chris Pratt), who is revealed to be the "Special," a hero destined to save the LEGO Universe. The all-star voice cast includes Elizabeth Banks, Will Ferrell, Will Arnett, Liam Neeson and Morgan Freeman.

Expect The LEGO Movie to claim the Best Animated Feature accolade at next year's Oscars. The box office smash hit has an aggregated review score of 96% Fresh on Rotten Tomatoes, where critics have called it a wonderfully inventive deconstruc…
Post a Comment
Read more 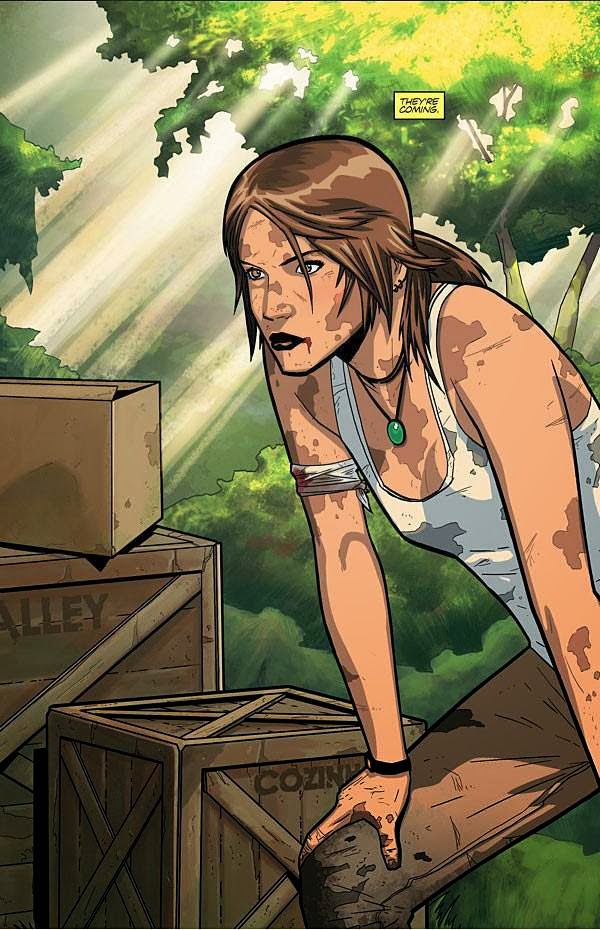 Available right now in-store and online is the first issue of the new Tomb Raider comic. And all in all, it’s a solid start for a series intended to bridge the gap between the 2013 video game reboot and its top secret next-gen sequel.


Published by Dark Horse, this is the first comic book to centre on globe-trotting, gun-toting archaeologist Lara Croft since the Top Cow series concluded with its fiftieth issue back in 2005. In a coup for the new series, it’s written by Gail Simone, arguably the most important female comic writer of the past decade or so. Simone has won much love from readers and critics for her nuanced treatment of heroines like Batgirl, Wonder Woman and, most recently Red Sonja – rescuing all these icons from vapid sex kittendom. For the record, Simone has ever so briefly touched on Lara Croft before, having scripted the Pre-Teen Raider animated short.

For the first arc of the Tomb Raider comic, Simone is joined by penciller Nicolas Daniel Selma – who also drew the f…
Post a Comment
Read more

Following its hit 2006 predecessor, similarly styled TV series Spartacus, and even movie spoof Meet the Spartans, sequel 300: Rise of an Empire could easily have come across as a tired retread, utterly devoid of originality in the aftermath of these hyper-stylised releases. And while the ancient war actioner does seem to suffer from a checklist mentality, it also manages to still exist, and satisfy, in its own right. If you enjoyed the first 300, Rise of the Empire is well worth a cinema visit to appreciate its similar slow-mo spectacle on the big screen.

Based on the as-yet-unpublished graphic novel by Frank Miller, Rise of an Empire depicts events that took place prior to the Battle of Thermopylae, during the legendary underdog struggle, as well as after King Leonidas and his 300 Spartans fell. Viewers discover how Xerxes (Rodrigo Santoro) became Persia’s God King in the aftermath of the Battle of Marathon. They accompany Athenian general Themistocles (Sullivan Stapleton) as he tri…
1 comment
Read more

Movies out today: Time to get your historical hand-to-hand combat on 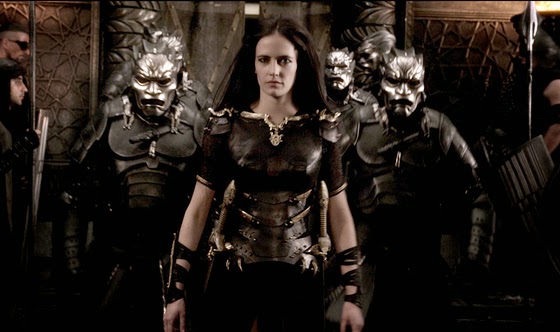 Five new films open in South Africa today, and apart from a touch of romantic comedy fluff, this week's new releases seem to place the emphasis slap-bang on violent defiance of injustice.

300: Rise of an Empire:
Definitely the most high-profile release of the week is this ultra-stylised sequel to everyone's favourite R-rated-actioner-turned-meme 300. Rise of an Empire is screening in 2D, 3D and 3D IMAX, and focuses on events before, during and after the Battle of Thermopylae. More specifically it centres on the naval battle between the Athenians - led by warrior-statesman Themistocles (Sullivan Stapleton) - and the Persian fleet - headed by female general Artemisia (Eva Green). For the record, Lena Headey is back as Spartan queen Gorgo; as is Rodrigo Santoro as God king Xerxes. Zack Snyder writes and produces, meanwhile, but has handed over directing duties. Trailer Tuesday profile.

The original CGI-saturated 300 was much imitated, and as expected that means the sequel lacks a…
Post a Comment
Read more 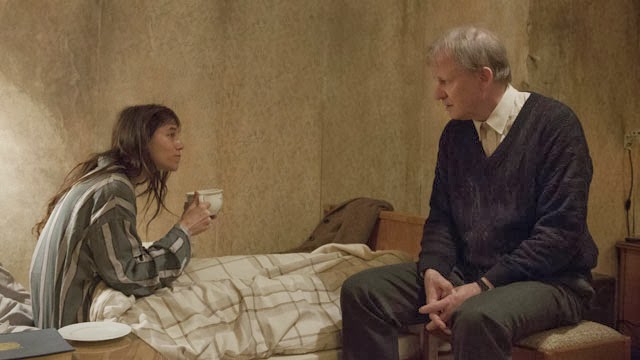 So, the trailer for Nymphomaniac above is probably still NSFW, but at least it's not the original Red Band version. Actually, I think the preview above does a better job promoting the cinematic value of the film than the first, with its high, highly distracting shock quotient.


Writer-director Lars Von Trier is definitely one of the most divisive filmmakers working today. Whether you love him or hate him, you do at least always have some form of emotional response to his work. And his latest, the 2-volume, 2-hour (or single 5-and-a-half-hour epic), Nymphomaniac seems to be no different.

Von Trier reunites with his Antichrist leading lady, Charlotte Gainsbourg for this explicit drama. In essence an all-star character study, Nymphomaniac chronicles the life of Joe, a self-confessed sex addict. Found badly battered in an alley, she is taken in by a kindly old bachelor (Stellan Skarsgard). While she heals, she recounts her story to him. In Volume I, Joe's childhood, teens and youn…
Post a Comment
Read more
More posts