Showing posts from February, 2011
Show all

Well, despite going for a "young Hollywood" feel, with James Franco and Anne Hathaway acting as hosts, the 83rd Annual Academy Awards proved that once again the Academy members will always gravitate towards safe, inspiring and highly pedigreed feel-good tales.

Despite expectations that Facebook movie The Social Network (read my review here) would be the big winner after its success at the Golden Globes, it was royal-with-a-stammer movie The King's Speech that took home the most, and most high profile awards - including Best Picture, Best Director, Best Actor and Best Original Screenplay.

So yeah, not the most exciting Academy Awards ceremony ever. Predictability, playing it safe and going the crowd-pleaser route really dominated proceedings.


A big thank you for Dark Horizons for putting up such a nice, neat, easy to copy and paste winners' list, below:)

Every year, on the evening before Sunday night's Academy Awards ceremony, the Golden Raspberry Awards (AKA the Razzies) are announced. Essentially the anti-Oscars, the Razzies seek to "honour" the preceding year's worst movie releases.

And in 2010 the biggest turkey, according to this "just for fun" awards group, was The Last Airbender - M. Night Shyamalan's technically OK but utterly soulless attempt at adapting one of the best animated TV series of the past decade. Airbender: The Movie was certainly one of my biggest disappointments of last year (full review here).

The Last Airbender scooped 5 Razzies at Saturday evening's satirical awards ceremony, while much reviled sequel (and another TV show adaptation) Sex & The City 2 won 3 of the 10 up for grabs.


The 31st Annual Razzie Award Winners were as follows:

It's a mix of quality and crapness at South African cinemas today, with 4 very different releases.

The Fighter: The most high profile of this weekend's new releases (and my pick of the week) is this boxing biopic, nominated for 6 Oscars, including Best Picture. Mark Wahlberg stars as Micky Ward, a likeable but frequently beaten blue collar boxer who gets one final chance at a title fight. Christian Bale is Ward's older half-brother and trainer, a failed boxer and troubled heroin addict. Meanwhile Amy Adams plays a feisty love interest.

The Fighter is 90% Fresh on review aggregator site Rotten Tomatoes. Although the film is apparently a pretty standard entry in the boxing drama sub-genre, it's made worthwhile viewing by its excellent performances, writing and the fact that it's feel-good without being at all schmaltzy.


Drive Angry: It's Faster in 3D with a long haired Nicolas Cage, a hot babe in the passenger seat (Amber Heard), a cult and, oh, yeah, the Devil'…
Post a Comment
Read more

Gaming girls: An interview with moi

- February 25, 2011
I've run a couple of interviews on this blog (here and here), but it's not often/ever that I'm interviewed.

That changed recently when Cassey Toi did a Q&A session with me for her new monthly gaming girls series (first interview here) over at Nevermet Press - a site that combines the interests of role-playing games and writing, specifically in terms of fictional world creation. You can read the piece here: 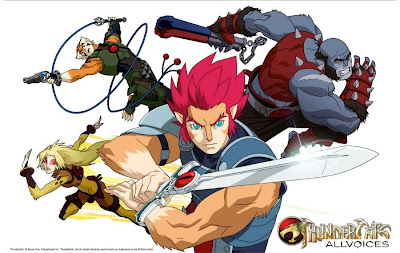 I don't blog about television often but given how much I adored the original mid-80s animated series when I was a preschooler, the upcoming reimagining of ThunderCats definitely warrants a mention. Especially now that the first few images of the main characters have been unveiled.


Developed by Warner Bros. Animation for screening on Cartoon Network sometime in 2011, ThunderCats comes from the same Japanese animation studio responsible for the majority of segments in straight-to-DVD hits The Animatrix and Batman: Gotham Knight.

Of course, there's no denying that this kind of nostalgia-driven project can backfire horribly. Already, response to the new heavily anime-styled characters has not been positive. Personally, I think Panthro and Tygra look fantastic, while I'm less sold on Lion-O and Cheetara's new looks. Speaking of the latter two, you can check out their new action figures here.


My gripe about Cheetara is that she looks more ratty than sleek and powerful. My compl…
Post a Comment
Read more

I have some serious catching up to do in terms of movie viewing in the next few weeks. In the meantime though here are some short reviews of recent releases (well, in South Africa anyway) that I have watched.

The Town: The best way to describe this crime drama is that it’s a blockbuster for adults. In other words it delivers thrills and escapism while still devoting plenty of screen time to well rounded characters and their world of secrets, violence and frequently tested loyalties. Based on the novel Prince of Thieves by Chuck Hogan, The Town centres on Charlestown, a blue collar Irish neighbourhood in Boston that is famous for producing an exceptionally high number of bank robbers. Ben Affleck directs, co-writes and stars as a career criminal who wants out after falling for a recent traumatized robbery victim (Rebecca Hall). This puts him at odds with his brutal best friend (Jeremy Renner) and crime boss Pete Postlethwaite. Meanwhile, FBI agent Jon Hamm is hard at work trying to catc…
Post a Comment
Read more

Trailer Tuesday - Pirates of the Caribbean: On Stranger Tides

I know I'm in the minority when I say I've never been a big fan of the Pirates of the Caribbean film franchise. All that monotonous running back and forth over the same territory (literally AND figuratively), and annoyingly stern-jawed young lovers you just want to keelhaul.

When I heard the announcement that Disney was planning another trilogy of Pirates films - bringing the number of entries in the series to 6 - my skepticism was only enhanced. Clearly Disney and producer Jerry Bruckheimer were just out to squeeze more money from the smash hit action-adventure series (inspired of course by one of Disney's oldest theme park rides). Time to milk the public of their hard earned pennies once more - now with the additional, expensive enticements of 3D and IMAX 3D...


However, after watching the trailer for Pirates of the Caribbean: On Stranger Tides, I've been forced to swallow my words. Pirates #4 actually looks entertaining. And this despite the fact that there are enough …
Post a Comment
Read more

I'm not going to be around for the next fortnight, but seeing as I'd never leave you guys without guidance in the cinematic wilderness, I've put together a handy guide of all the notable movies releasing in South Africa over the coming few Fridays. And boy, it's a bumper period for lovers of quality, pedigreed cinema... with a few blockbuster exceptions. I'm going to have some serious catching up to do once I get home.

Black Swan: One of this year's biggest awards contenders, Oscar-nominated psychological thriller Black Swan is the latest from The Wrestler and Requiem for a Dream director Darren Aronofsky. In this tale of high art meets hysteria, Natalie Portman is a highly strung prima ballerina who may or may not be having a mental breakdown. Mila Kunis and Winona Ryder co-star.

Black Swan is 88% Fresh on Rotten Tomatoes. Powerful, intense and brilliantly acted, Black Swan may be too messy and melodramatic for some. You can check out this blog&…
Post a Comment
Read more 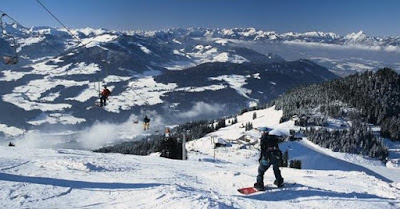 For my first ever ski holiday (and second ever experience of snow) I'm heading off to Austria - the little land of big mountains, classical composer greats, The Sound of Music, Wiener Schnitzel, Swarovski crystal, Sigmund Freud, Arnold Schwarzenegger, and, more notoriously, Adolf Hitler and Josef Fritzl.

Be good while I'm away. And see you on the flipside!

I'm getting this year's Valentine's edition of Girlz 'N' Games out a bit early as I'll be away on vacation when that day of overpriced roses and sickly sweet romance hits.

Out of interest, this is actually only the second Valentine's Day strip I've drawn. The last was 2009's Gamer Valentine' s Day. This year's strip has little do with gaming or pop culture, but I've found it to be very true of dating in the digital, hyper-connected age. Sauciness - like so much else - is much easier when you're shielded by a screen.

As usual, if you like my latest Girlz 'N' Games comic, please forward it on to your like-minded friends. You can also show your support by joining the Girlz 'N' Games Facebook fan group, which is open to all. The big advantage of joining is that you'll immediately receive an email not…
2 comments
Read more


The year is 1348. Europe has fallen under the shadow of the Black Death. As the plague decimates all in its path, fear and superstition are rife. In this apocalyptic environment, the church is losing its grip on the people. There are rumors of a village, hidden in marshland that the plague cannot reach. There is even talk of a necromancer who leads the village and is able to bring the dead back to life. Ulric (Sean Bean), a fearsome knight, is charged by the church to investigate these rumors. He enlists the guidance of a novice monk, Osmund (Eddie Redmayne) to lead him and his band of mercenary soldiers to the marshland, but Osmund has other motives for leaving his monastery. Their journey to the village and events that unfold take them into the heart of darkness and to horrors tha…
1 comment
Read more
More posts