Avatar is here... along with 5 other movies

- December 18, 2009
It's one week before Christmas and six new films open in South Africa today. My top two picks for the weekend are as follows:

1) Avatar - It's been 12 years since director James Cameron unleashed Titanic, the most successful movie of all time, on the world. Now Cameron is back, returning to the fantasy sci-fi genre where he has always excelled. This is, after all, the man behind Aliens, The Abyss and the first 2 Terminator movies.

A pet project of Cameron's for years, the director had to spearhead the development of an entirely new performance capture system to make Avatar possible. Starring Sam Worthington, Zoe Saldana, Sigourney Weaver and Michelle Rodriguez, the film focuses on Jake (Worthington), a paraplegic ex-soldier who accepts the mission of scouting out the lush, resource-rich moon of Pandora. Pandora is toxic to humans however, so for Jake to explore, he is granted control of a genetically engineered body modelled on the moon's blue-skinned alien inhabitants, a fierce race known as the the Na'vi. Over time and as a result of multiple encounters, Jake develops a deep respect for the nature-loving Na’vi, and ultimately finds himself having to choose between protecting them or siding with the military-industrial forces of Earth, who are intent on a Na'vi genocide.

Avatar is currently 84% Fresh on Rotten Tomatoes. Unsurprisingly, the film's weak point is apparently its storyline (FernGully anyone?) but that doesn't detract from the fact that the film is an exhilarating, engaging piece of cinema that is unlike anything you have EVER seen before. And for a taste of the splendor, you can watch the trailer here. Hell, Empire Magazine has even given Avatar 5 stars (Warning: spoilery review).

Avatar will be screening in conventional format, 3D as well as at IMAX. My personal recommendation, given some comments that I've read on Twitter, is to seek out the IMAX experience if it's available in your region.

2) Whip It - If Avatar sounds a bit too "boyish" for you then you may prefer the featherlight girl-centric comedy Whip It. Drew Barrymore makes her feature film directorial debut with this tale of a aimless young woman, Bliss (Juno's Ellen Page) who longs to break free from the restrictions of small town Texan life and her beauty pageant-obsessed mother (Marcia Gay Harden). Purely by accident Bliss finds direction and motivation in the form of the roller derby scene.

Kristen Wiig, Drew Barrymore, Zoe Bell and Juliette Lewis round off the cast as some of the rollergirls Bliss encounters, with such deliberately cheesy names as Maggie Mayhem, Smashley Simpson and Iron Maven.

Whip It is 82% Fresh on Rotten Tomatoes, where it has been called charming, energetic and full of goodhearted humour... not to mention girl power. I'm getting a strong Bring It On vibe (with some additional tongue-in-cheek punk flavour) from this one, and that's definitely a good thing.

Other films opening this weekend are:

The Open Road - Comedy-drama about an aspiring young baseball player (Justin Timberlake) who embarks on a road trip to reconnect with his hopelessly juvenile estranged father (Jeff Bridges), a ball-playing legend. 29% Fresh on Rotten Tomatoes.

Handel's Messiah - A special recorded performance of the famous oratorio to coincide with the 250th anniversary of composer's Handel's death. Performed by the celebrated Choir of King's College in Cambridge. Only at Nu Metro cinemas. 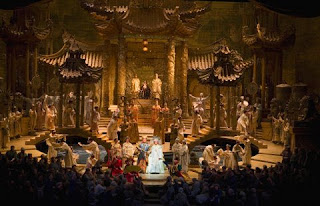 Unknown said…
Avatar - was it virtual colonialism or just a bloated computer game with dazzling special effects? Thought-provoking but not a touch on the classic science fiction cinema - Minority Report, Blade Runner and naturally Star Wars...

Pfangirl said…
I'd definitely agree David that Avatar isn't nearly as thought provoking or thematically dense as those classics you've mentioned.
11:05 AM