How to Torture Your Boyfriend in 7 Easy Steps 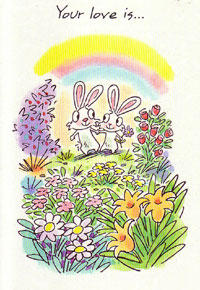 1. Drive 50 000km to Gateway.
2. Walk past or enter every single clothing and shoe shop in Gateway.
3. Try on one item of clothing, which fits badly.
4. Give up intended quest for shorts, casual pants, or a pair of sneakers.
5. Drive to the Pavillion.
6. Repeat steps 2 through 4.
7. Head home without anything.

Still the anniversary shopping expedition wasn’t an entire loss. We had a very pleasant lunch at the Hops & Barley at Gateway. In our exhaustion / frustration before heading home from the Pavilion, we also ended up splurging on imported magazines at CNA: Paul got his Computer Gaming World, and I bought the June issue of Wizard, the comics / superhero magazine. Man, oh man, I love superheroes. The bodies, the figure-hugging spandex, the square jaws…

Plus, we discovered that Cape Union Mart has some of the coolest ‘gadgets’ in their stores. Not only are there climbing walls, but there are also lumpy treadmills and rocky displays to work in your new hiking boots, and even a Cooling Booth set to -10 degrees Celsius to test the effectiveness of thermal clothing and sleeping bags.

Anyway, I received a beautiful bouquet of red and white roses, and here you can see the cover of my anniversary card. It appears to be very mushy. However, inside is an adapted quote from Team America: World Police: ‘Oh my… Jesus titty fucking Christ! It’s 2 years!’ A further irony is that the card is a religious one with a Bible verse in the corner.

Dante said…
Sounds like one weird and interesting card.
11:39 PM