- October 21, 2009
The Savage Tales of Solomon Kane is my first ever experience of Robert E. Howard, arguably one of the greatest writers of pulp fiction, and, more importantly, a seminal figure in the sword-and-sorcery fantasy subgenre.

And although Howard is also often considered alongside Tolkien in terms of defining epic or high fantasy in the 20th Century, his work is vastly different. There may be the same battle between good and evil set in a magic-saturated earlier age, and everyone may be painted in broad strokes – existing as types rather than credible, realistic figures – but Howard’s work is much darker, graphically violent and action-packed. There are no serene encounters or tempered discussions here; just combat and furious rages. 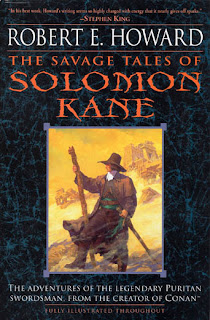 I’m actually glad that I started with the adventures of Solomon Kane as opposed to leaping straight into Howard’s more famous, and more frequently imitated, tales of Conan the Barbarian. Although Conan is regarded more as sword-and-sorcery than epic fantasy, the stories, to my knowledge, still contain many of the same elements that have always put me off the high fantasy genre. To me high fantasy tales always end up feeling so formulaic, with a hero embarking on a perilous quest in a brutal, pseudo Medieval setting. Along the way he fights all kinds of magical creatures and characters, and, at some point, to accomplish his mission he may find himself aligned with a disparate group of adventurers, all with different agendas and talents. Blah blah blah…

What I especially like about The Savage Tales of Solomon Kane is the fact that it's not set in some imaginary world or age, concocted from scratch in the writer's imagination. The Solomon Kane stories take place in our world, and, with many liberties taken, also our history – grimy, violent 16th Century Europe and dark, mysterious Africa, as yet largely unexplored by the West. The tales are fantastic but not completely separated from recognisable historical reality.

As an added bonus, Howard strips away the unnecessary from his stories, whether it be overly complicated missions or a bloated cast of characters. Solomon Kane is a loner, a sombre and deadly Puritan who doesn’t really embark on great quests. Rather, his aimless wanderings place him in situations where he finds himself morally obligated to combat the forces of evil – whether they're cruel men or far more dangerous, inexplicable occult forces. 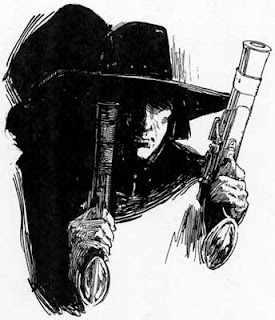 Kane is also something of a mysterious figure. By reading all the stories and poems in the Savage Tales collection, it’s possible to glean a few reasons for Kane’s apparently repent-driven behaviour. However, there is no straightforward origin tale. And for this I am grateful. In a way I wish the upcoming Solomon Kane film adaptation had adopted this approach – think Clint Eastwood's gunslinging Man with No Name – instead of labouring over a character introduction for two hours that strips away all mystery and ambiguity. The film should plunge Kane, and the audience, straight into the character’s wanderings, as written by Howard; not centre on some new non-Howard story that seeks to explain Kane’s mission in the most obvious way.

Solomon Kane, as Robert E. Howard has written him, is the type of character you wish existed in real life. Most often compared to a lean, hungry wolf, he’s tenacious, quick witted and a fierce warrior – whether using his flintlock pistols, rapier, fists or, in later stories, a powerful ancient ju-ju staff. Kane is a Batman-esque figure, with no thought for his personal safety as he protects the weak and innocent, or, more frequently, avenges them when they fall prey to evil and exploitation.

The only real difference between Solomon Kane and the Dark Knight is that Kane kills… all the time. It’s his standard punishment for demons and evil men. As he explains on more than one occasion in the collection, “It has fallen upon me, now and again in my sojourns through the world, to ease various evil men of their lives.”

The best way to describe The Savage Tales of Solomon Kane is that it’s a collection of swashbuckling adventure stories with occult flavour. These stories see Kane travelling throughout Europe, and, later, extensively in Africa, where he is inexplicably drawn by the primal power of the jungle. It is during Kane’s African travels that my favourite story is set. Wings in the Night sees Kane, on the run from cannibals, take shelter with a tribe tormented and tortured for decades by vicious harpy men.

Ominous when the harpies aren’t attacking and very gruesome when they are, Wings in the Night is a fantastic action-horror tale – something akin to Eaters of the Dead/The 13th Warrior. This story alone made me think that Solomon Kane would make for a very entertaining big budget TV series, chronicling the Puritan’s adventures every week. 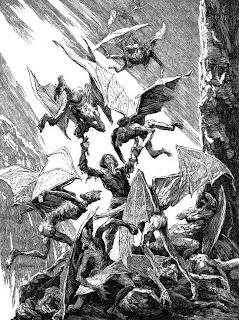 I honestly loved The Savage Tales of Solomon Kane, but admittedly the collection may not be for everyone. If you prefer your characters to be realistic instead of archetypes you probably won’t enjoy the book, or Howard’s dramatic, vigorous writing style.

Contemporary readers will also have to accept the stories’ raging political incorrectness as representative of when and where they were written (rural 1920-30s Texas). Alternatively, you can view the blatant racism present as Howard’s attempt to convey the thoughts of a typical 16th Century Englishman. You see, Aryan and Anglo-Saxon superiority is celebrated often in Solomon Kane, while everyone else (with a few notable exceptions), from the French, to the Arabs, to the “bestial blacks” in Africa, is depicted as degenerates - cruel, corrupt or cowardly.

Still though, I enjoyed The Savage Tales of Solomon Kane enough to overlook the unconcealed prejudice, as well as the fact that yes, the stories can become repetitive when read quickly as a collective. Howard, however, writes so convincingly of mighty civilisations forgotten by history that myth-and-legend junkie that I am, I found myself contemplating the possibility of their existence.

Honestly, if I was going to write traditional fantasy, it would be in the vein of Robert E. Howard’s work. I highly recommend The Savage Tales of Solomon Kane, which is illustrated throughout by award-winning artist Gary Gianni in a traditional pen and ink style. It’s a classy, classic approach, and has a strong retro feel perfectly suited to Howard’s Solomon Kane writing – itself so enjoyably reminiscent of 19th Century adventure stories. 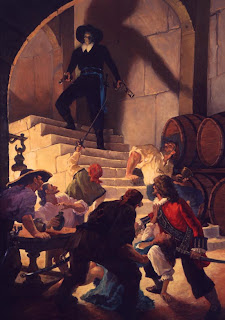