Trailer Tuesday: The Hobbit - The Desolation of Smaug

Arrogant isolationist elves. Barrel escapes. Monstrous spiders. Shape-shifting bear men. We can look forward to them all in The Hobbit: The Desolation of Smaug - part 2 in a 3-part movie adaptation of JRR Tolkien's classic fantasy novel. And, of course, a film prequel to The Lord of the Rings.

I'm still not entirely sold on the idea that the story of the Hobbit needed to battered out and alternately bloated to make up three 3-hour movies but it's no use moaning about that decision any longer. For the record, you can read my review of the first Hobbit film, An Unexpected Journey right here. In short, while there were a handful of unnecessary fan service scenes that hauled the film back to first gear, it did improve as it went along. The action sequences were especially engaging and inventive, and it seems like we can expect more of that in The Desolation of Smaug. 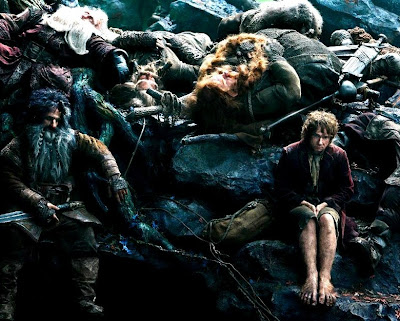 Plotwise, Part 2 sees the dwarf band, accompanied by hobbit Bilbo Baggins (Martin Freeman) having to contend with the dangers of Mirkwood Forest as they attempt to return to the Lonely Mountain - which once housed the powerful dwarven kingdom but has since been claimed by Smaug the Dragon (voiced by Benedict Cumberbatch) as its den. Things won't be easy for our party of heroes though, especially since their wizard companion Gandalf the Grey (Ian McKellen) has abandoned them while he goes off to the investigate the threat of the mysterious Necromancer.

Notable faces popping up for the first time in part 2 of The Hobbit include Evangeline Lilly as Tauriel, a red-haired forest elf; Luke Evans as grim human hero Bard the Bowman and Stephen Fry as the corrupt Master of Lake-town. Lee Pace meanwhile has much more screen time as distrustful elven king Thranduil, and Orlando Bloom returns as everyone's favourite oliphant-scaling, shield-surfing, pretty-boy elf, Legolas.

Honestly, the special effects looked a bit plastic-y in the first trailer for The Desolation of Smaug. It doesn't really matter though. I'll be in the cinema for one reason alone, and that's to see probably my favourite Middle-earth character, Beorn the skin-changer, played here by largely unknown Swedish actor Mikael Persbrandt).

The Hobbit: The Desolation of Smaug opens in North America on 13 December. The film releases in South Africa on the same date. As with the first Hobbit movie, it will be screening in 3D and love-it-or-hate-it HFR 3D. 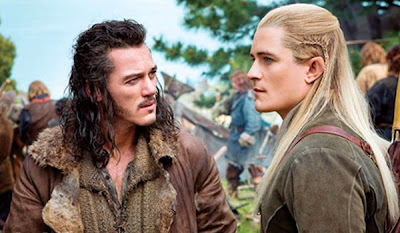