- July 05, 2013
Three new movies open in South Africa today and all cross paths with villainy in some form or another.

Despicable Me 2:
The original Despicable Me - which didn't come from any of the major American animation studios - was a surprise comedy hit... helped no doubt by the film's trio of adorable little girls and, of course, the minions. Anyway, in this sequel, reformed supervillain Gru (voiced by Steve Carell), is approached by the Anti-Villain League to stop an even bigger bad guy who has got their paws on a powerful mutogen. Screening in 2D and 3D. Also with the voices of Kristen Wiig, Benjamin Bratt and Russell Brand.

Despicable Me 2 is apparently excellent family entertainment - colourful, charming and elevated by its spot-on vocal performances. The big question is whether it's better than its predecessor or kinda pointless at the end of the day. 74% Fresh on review aggregator site Rotten Tomatoes. 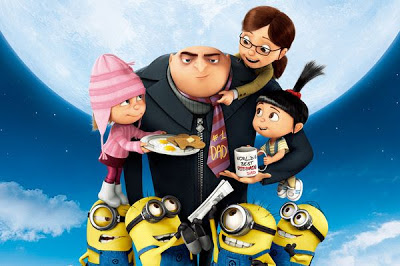 Killer Joe:
Craving something a little darker... okay, a lot darker? Then look no further than this VERY R-rated and highly controversial black comedy. Uncompromising director William (The Exorcist) Friedkin directs this adaptation of a play by award-winning Tracy Letts. After letting his career sit in cruise control for years, Matthew McConaughey provides one of his greatest ever performances as a brutal sociopathic hitman who is enlisted by a bunch of trailer park rednecks to kill a woman for the insurance payout. Also with Emile Hirsch, Juno Temple, Gina Gershon and Thomas Hayden Church.

Given its extreme levels of violence and perversion, Killer Joe certainly won't be for everyone. Strong performances all round though in a film filled with terrible people doing terrible things.  77% Fresh. 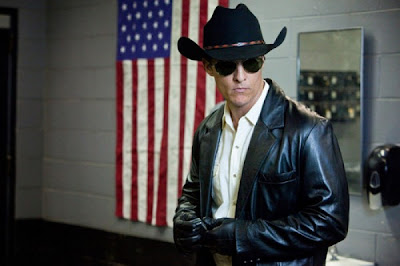 Die Laaste Tango:
For fans of South African cinema there's this Afrikaans-language crime drama and romance from writer-director Deon Meyer. Burnt out after the hunt for a serial killer, a cop (Louw Venter) is dispatched to a sleepy Karoo town to cool off. There he forms a bond with a terminally ill woman (Antionette Louw) who wants to dance the tango one last time. Of course it's at this point that the serial killer rears his vengeful head.

Another South African movie about personal healing only possible under the open skies and vast arid emptiness of the Karoo? Yawn. Hopefully the dark crime aspect of this one mixes things up. 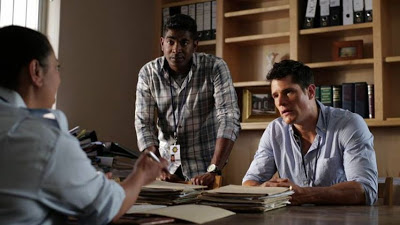