- February 24, 2010
An Education is a highly acclaimed British coming-of-age comedy-drama, written by Nick Hornby (based on a memoir by Lynn Barber) and directed by Lone Scherfig. The film is up for 3 Oscars, including Best Picture, Best Actress and Best Adapted Screenplay and has been nominated for, and won innumerable more awards. In fact, just earlier this week, the film’s until now unknown star Carey Mulligan picked up the BAFTA (British Academy Film Award) for Best Performance by an Actress in a British Independent Film.

Needless to say then that An Education is teetering close to the brink of overhype. Fortunately though, the film is worthy of the accolades it has been receiving, particularly in regards to performances. While the storyline is ultimately predictable, it’s the excellent, likeable acting that gives An Education much of its charm. 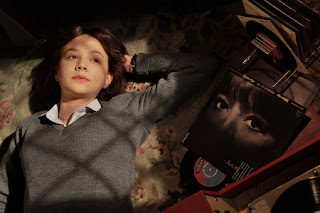 An Education is set in the suburbs of London in 1961, and centres on overachieving teenager Jenny Mellor (Mulligan) – who seems to have spent her whole school career working towards her dream of studying languages at Oxford, dressing in black and heading to Paris to submerge herself in that country’s avant-garde cultural scene.

Mentally, Jenny is far beyond her years, which explains why she is mostly amused by the gormless schoolboys her age. One day, however, when Jenny is stranded in the rain after a concert rehearsal, she is offered a lift home by David (Peter Sarsgaard), a charming, roguish, much older man. David and his glamorous friends, Danny and Helen (Dominic Cooper and Rosamund Pike), treat Jenny like an adult and introduce her to a life of parties, adventure and fun. Unsurprisingly Jenny soon finds herself at a crossroads: having to choose between the school of life and the academic education she has always been taught to value. 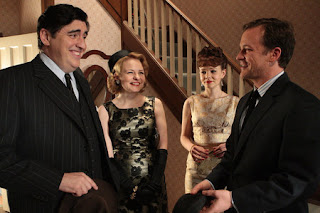 What’s especially enjoyable about An Education is that despite being an independent film, it’s neither gloomy nor obscure. It’s highly accessible, light and fluffy, and demonstrates a strong sense of humour. An Education is by no means a chick flick but at the same time it’s unclear how much appeal the film will have for the average male viewer. You see, a good portion of viewing enjoyment comes from the film’s accurate depiction of life at an all-girls high school. More particularly, An Education highlights that strange, tempting contradiction that many young women are still exposed to – namely that prioritising you education is important so that you can get a good job and be self-sufficient, but you can skip all the hard work if you find a rich husband to support you.

It’s not surprising what life path Jenny ultimately chooses for her fulfilment. However, while An Education’s storyline wavers, the film’s performances never do. The acting in An Education is universally excellent. 24 year old Mulligan is the obvious standout as Jenny, who retains her strength of character and distinct identity even as her goals flip-flop. Refreshingly, Jenny doesn’t fold under pressure from her much older lover and new friends. She is never railroaded into becoming something she’s not. At all times her decisions, whether mistakes or not, are her conscious own, and she accepts responsibility for them. 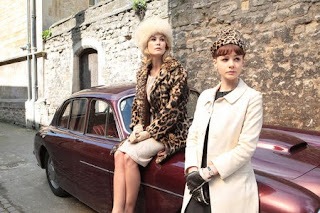 Alfred Molina is also impressive as Jenny’s culturally disinterested father, who, despite his claimed practicality and sternness, falls just as hard for David as his daughter does. Perhaps the biggest acting surprise of the film though is Die Another Day and Surrogates’ Rosamund Pike as Helen. Having made a career of playing the icy, emotionally aloof blonde, here Pike shifts gears completely to portray Helen as 1960s British Barbie doll – stunningly well groomed but so vapid she can’t even tell when someone is speaking French to her. A typical piece of Helen advice to Jenny is that she should read magazines instead of books, and stay away from university because it will make her ugly. Needless to say, Pike supplies a hefty chunk of An Education’s comic relief.

In the end, An Education is an enjoyable coming-of-age tale, well made and very well acted. The story does fade towards the end but this mostly doesn’t detract from the experience, which proves that you don’t need 3D, computer generated effects or explosions to make a good movie. 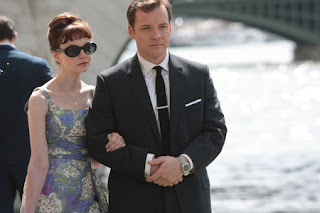 3Com certifications said…
its really very nice and informative article thanks for sharing this with us...
11:16 AM

Brandon said…
Wow, you're getting these spambots too. Strangely I am even getting them now on sites I have created from scratch! I don't know how these robots figured out my proprietary commenting system, but they did!

Anyway, good review; I definitely need to check out this movie. I actually heard the hype for the actress before hearing about the movie, which is sometimes a bad thing, but it's good to hear it's worth the time. I've missed too many good movies this year.
6:48 AM

Pfangirl said…
Hey Brandon, good to hear from you!

An Education is definitely a good movie worth seeking out (although it's one you could wait for on DVD). I am trying to be careful though at the moment in terms of keeping moderated expectations in relation to films that have been critically acclaimed. I really don't want to be disappointed, which is often the case.
7:24 PM