Based on as yet unpublished graphic novel from Darkstorm Comics, I, Frankenstein centres on Doctor Frankenstein's creature - played by Aaron Eckhart - an immortal, patchwork quilt of a being who has reached our present and now calls himself Adam Frankenstein. 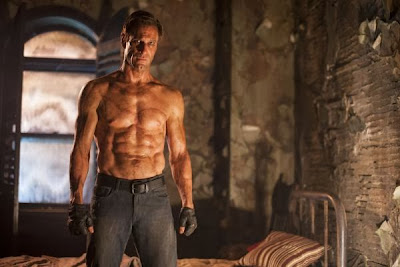 Gifted with increased strength and stamina, Adam finds himself caught in the middle of a battle between two ancient warring clans: the sacred Gargoyles and the Demon Horde. The former is headed by Miranda Otto and the latter Bill Nighy. Despite not being human, Adam's existence as a man- as opposed to God-made being means he will be instrumental in saving humanity... if he wants to, that is.

If this sounds at all familiar, it's worth mentioning that I, Frankenstein comes from the writer and studio responsible for Underworld.

In all honesty, I, Frankenstein looks like the usual intellectually challenged eye candy tossed out by Hollywood to the world during the first quarter of every year. The special effects are certainly impressive but the overall vibe is that this one is a straight-faced Van Helsing meets Priest, mixed with a hefty dose of Constantine and Legion.

Initially set to debut in February 2013, I, Frankenstein has been pushed back almost a full year as it was first given the 3D conversion treatment; then a digital remastering for IMAX. The conscious ridiculousness now releases in North America on 24 January 2014. The film is currently set to open in South Africa on 21 March. 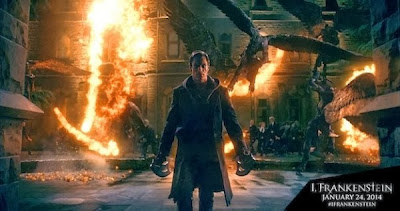