- October 11, 2013
With eight new movies opening in South Africa today, there must surely be something to tempt everyone to the cinema.

This Is the End:
Jay Baruchel, Seth Rogen, James Franco, Jonah Hill, Danny McBride and Craig Robinson all star as themselves in this ensemble comedy about celebrities fending for themselves during the End Times.

If you love silly stoner comedies, This Is the End apparently delivers the goods, with an appealing self-referential layer. It's utter nonsense but loads of fun if you aren't allergic to any of the actors and their prior work. 84% Fresh on review aggregator site Rotten Tomatoes. 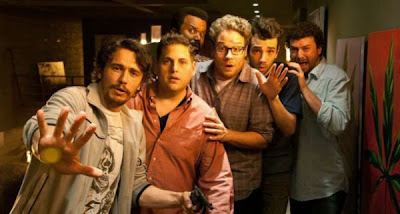 Prisoners:
This mystery thriller stars Hugh Jackman as a man pushed to his limits when his daughter and her friend are kidnapped on Thanksgiving. Jake Gyllenhaal is the detective on the case and Paul Dano a suspect. Also with Viola Davis, Maria Bello and Terrence Howard

It's long and slow at 2 and a half hours but Prisoners is also evidently an unusually dark, dense and rewarding thriller for grown-ups. Something that doesn't come out of Hollywood often. 81% Fresh. 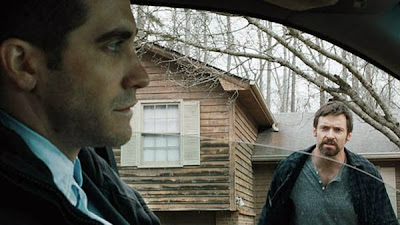 Redemption:
Jason Statham stars in this British action thriller - also known as Hummingbird - about a traumatised former Marine who manages to pick himself out of the gutter but finds himself chest deep in London's criminal underworld.

Redemption features one of Statham's best ever performances, but has divided critics. Apparently the gritty film exists halfway between a gratifying bone-breaker and a dour issue-driven drama. 49% Fresh. 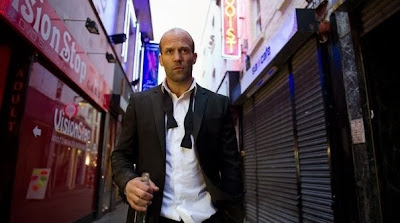 The Purge:
This science fiction home invasion thriller stars Ethan Hawke and Lena Headey and is set in a future where every year Americans vent their anger and frustrations during a government sanctioned 12 hour crime spree without consequences.

A surprise box office hit, The Purge clearly struck a nerve with audiences. Critics though have been less impressed, saying its attempt at social commentary is sunk by its dump plot and ludicrous premise.  38% Fresh. 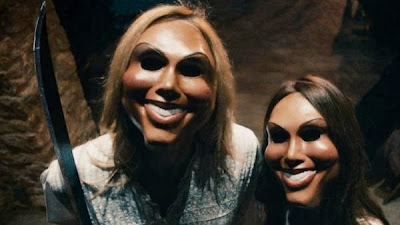 Musiek vir die Agtergrond:
English translation of the title: Music for the Background. A South African musical drama about a talented musician (John-Henry Opperman) who has to potentially compromise his artistic goals and reputation for financial security when his girlfriend (Lizelle de Klerk) unexpectedly falls pregnant. Also with Brumilda van Rensburg and Ian Roberts. In Afrikaans with English subtitles.

A Late Quartet:
Screening in limited release is this indie drama about a quartet of musicians whose 25th anniversary of performing together coincides with the discovery that one of the members is terminally ill. With Philip Seymour Hoffman,  Christopher Walken Catherine Keener and Mark Ivanir.

Despite its melodramatic focus, A Late Quartet is carried along by its outstanding cast. Insightful, intelligent but far from perfect fare for adult cinemagoers. 78% Fresh. 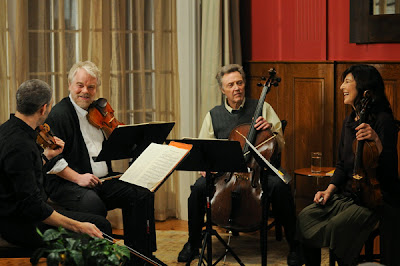 Rust and Bone:
Exclusive to Ster Kinekor theatres is this romantic drama about a wannabe kickboxer (Matthias Schoenaerts) who forms a relationship with a depressed former killer whale trainer (Marion Cotillard). In French with English subtitles.

The premise for Rust and Bone may sound ridiculous but the 2012 film has been a massive critical success, reaping in the awards. It's apparently a nuanced, empathetic and physically passionate tale of damaged souls who find comfort with one another. 82% Fresh. 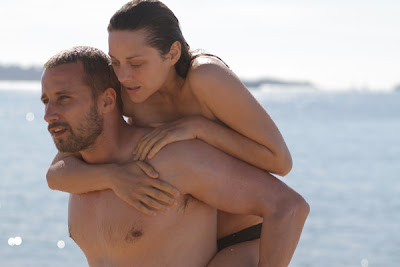 Rogue Saints:
Also screening only at select Ster Kinekors is this Christian comedy about two broke friends who go hunting for a monstrous diamond rumoured to be buried under a local church. A family-friendly, low-budget effort that has won much praise from its target market if nobody else. 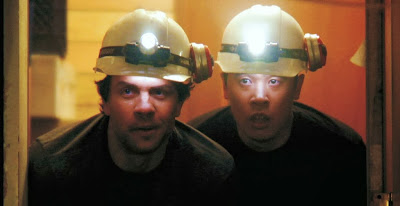