- October 16, 2013
Gravity risks overhype right now, so I’m wary of building up people’s expectations even further. This said, the sci-fi survival tale is undeniably one of the best films of the year and you owe yourself to experience it on the big screen. And definitely in 3D. Because that really is the only way to fully appreciate the mind-boggling beauty and ambition of the movie, the latest from Children of Men writer-director Alfonso Cuarón. 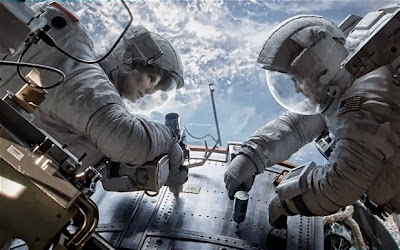 If Gravity can be compared to anything recently, it’s very reminiscent of last year’s The Grey, touching on similar themes. Liam Neeson’s character in that grim Alaskan Wilderness adventure was apathetic about life, and Sandra Bullock’s engineer-turned-astronaut in Gravity is much the same. Over the course of the film though, her Doctor Ryan Stone rediscovers her will to live just as her chances of survival in space dwindle, following a catastrophic incident.

It’s a wonderful “everyman” performance from Bullock, as she plays a character clawing (sometimes literally) through the worst day of her life with no one else to turn to for help. It’s a situation that is the stuff of nightmares for the average person so it’s a smart move to have her panicked character paired with George Clooney’s unruffled veteran shuttle commander. 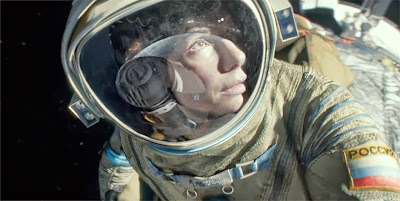 Sometimes flirty, sometimes jokey, always calm under pressure, Clooney’s charismatic Kowalski calms Stone and the audience, providing some much needed levity – and breathing space in a film that is relentlessly suffocating. His role in Gravity is likely to go down as one of the signature performances of Clooney’s career, neatly summing up his on-screen persona of the past few decades.

Gravity’s story is actually pretty simple, and you may wonder how a movie that is essentially just two people floating in infinite darkness can sustain itself for 90 minutes without a single back-on-Earth cut or flashback. A lesser filmmaker may have struggled but Cuaron has created something that never fails to engross. That is an achievement in its own right.

I personally didn’t find Gravity as emotionally affecting as it could have been – I wasn’t moved to tears at least – but viewers are never left indifferent to the fate of its characters. The overwhelming sense you receive from Gravity is that no film has more credibly captured what it is like to be an astronaut in orbit around Earth. And the simultaneous beauty and terror of that situation.

You don’t question a single thing you see in Gravity and that is another accomplishment in this age of cinematic CGI-effects overload. The special effects in the film are seamlessly integrated. Movie fans who like to puzzle out how certain scenes are shot will likely leave the cinema scratching their head… or still trying to close their jaw. A single 15-minute, seemingly unbroken take. Tears and fire roaming in gravity-free environments. Dizzying POV shots that seemed design to trigger motion sickness in the viewer. And the power of simple, purely silent moments – like my personal favourite: a shot of Bullock’s character floating in a soothing foetal position.

Harrowing. Beautiful. Inspiring. And utterly convincing… Gravity is a film that engages your senses like few big name blockbusters have in recent years. It’s slick but doesn’t lose its distinctly human soul and intimacy amidst the spectacle. 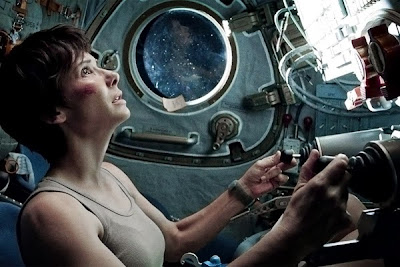 école Fès said…
It has been getting a lot of heat about accuracy. It is just a MOVIE
11:54 AM