- April 12, 2013
It's another bumper weekend at South African cinemas, with 6 new movies opening to tempt film fans of all ages and tastes...

The Host:
Based on the young adult novel by Stephenie (Twilight) Meyer, The Host is a a teen-centric sci-fi tale, set in a future where humanity is at peace, but that's because our bodies are being controlled by parasitic aliens called Souls. Young human rebel Saoirse Ronan is similarly "infected," but she fights back, sharing her body with a soul called Wanderer who comes to sympathise with the earthling cause. Cue a very awkward love quadrangle. Also with Frances Fisher, Diane Kruger and William Hurt. Trailer Tuesday profile.

I actually had high hopes for The Host, given its cast and the fact Andrew (Gattaca, Lord of War, The Truman Show) Niccol is behind the camera. Alas, the film is apparently too ponderous and wannabe contemplative for its own good. A poorly scripted and acted 10% Fresh on review aggregator site Rotten Tomatoes. 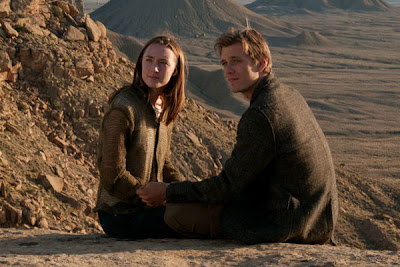 Olympus Has Fallen:
I still don't really understand why stars Aaron Eckhart and Gerard Butler bothered to come all the way to South African to promote this action thriller, but anyway... From the director of Training Day,
Olympus has Fallen sees the White House taken over by North Korean militants. Eckhart is the president; Butler the shamed Secret Service agent trying to make amends for past failures. Also with Morgan Freeman, Angela Bassett, Dylan McDermott and Ashley Judd.

With a review score of 48% Fresh, Olympus Has Fallen has divided critics. It's heavy on the flag-waving, gleefully avoids all credibility and is very derivative, but it delivers the thrills and mindless entertainment nonetheless. 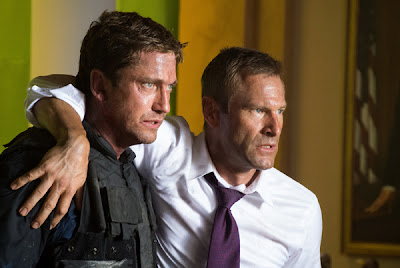 21 & Over:
Ah yes, another comedy in the ever-popular "night of boozy, out-of-control debauchery" sub-genre. Two college students (Skylar Astin, Miles Teller) take their straight-laced best friend (Justin Chon) out to celebrate his 21st birthday - and newly acquired ability to drink legally - despite the fact he has a crucial medical school interview the next day. Naturally things get out of hand.

Critics haven't been impressed with this Hangover clone. It's never boring but with its relentless crudity and try-too-hard excessiveness it's neither likeable or memorable. 29% Fresh. 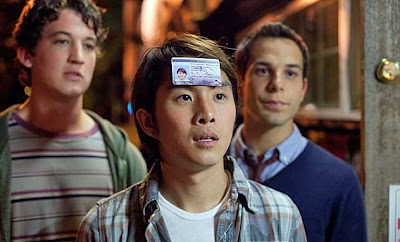 Seven Psychopaths:
In a mood for an ensemble black comedy from the director of In Bruges? Colin Farrell heads up a cast that includes Sam Rockwell, Woody Harrelson, Christopher Walken and Abbie Cornish. Plot-wise, the film centres on a struggling writer who becomes embroiled in a scheme to kidnap a gangster's beloved Shih Tzu.

Seven Psychopaths is evidently all about the bumbling, cartoonish idiocy of its characters. The film is far from realistic but that doesn't stop it from being massively entertaining - well acted, gleefully violent and very twisted. Expect it to achieve cult status over time. 82% Fresh. 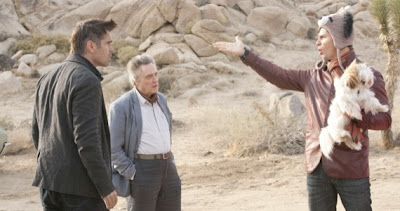 Won't Back Down:
Looking for an inspiring drama based on real-life events? Won't Back Down focuses on two women (Maggie Gyllenhaal and Viola Davis) who spearhead a campaign to wrestle control of their children's failing public school away from the corrupt, disinterested authorities - of which Holly Hunter is one.

Won't Back Down is apparently your classic case of Hollywood over-simplification. Complex characters and issues are reduced down into types designed to produce a knee-jerk emotional, as opposed to cerebral, response. Affecting but preachy. 32% Fresh.

A Lucky Man:
Screening in select regions is this South African crime drama based on a true story. Born on the Cape Flats and surrounded by crime, violence, drugs and abuse, Ernie "Lastig" Solomon quickly turns to gangsterism. Then a stint in the notorious Pollsmoor Maximum Security Prison turns his life around and he becomes a community leader.

No word on the quality of A Lucky Man, but this morality tale is notable for being the first ever film to premiere on the Mxit social network to reach as many teen users as possible. 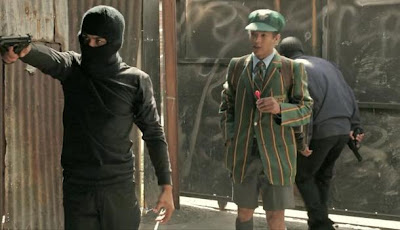