- April 26, 2013
Less than one week until Iron Man 3 bursts onto South African cinema screens on the Public Holiday Wednesday. If you can't wait til then, here's what's new in local moviehouses from today.

Silent Hill: Revelation
I actually really enjoyed the first film adaptation of the creepy-as-all-Hell video game series (my review). For nailing the atmosphere of its source material, it's probably my favourite ever game adaptation. Anyway, once again we return to the nightmarish "lost" town of Silent Hill, with a now teenage Heather Mason (Adelaide Clemens) drawn back there despite her father's (Sean Bean) efforts to keep her far away from the sinister alternate dimension. Screening in shot-for-3D and also starring Kit (John Snow) Harington, Carrie-Anne Moss and Malcolm McDowell.

Sporting an aggregated review score of 6% Fresh on Rotten Tomatoes, Silent Hill: Revelation is evidently a major disappointment. Apparently it makes no sense whatsoever and is completely lacking in scares. 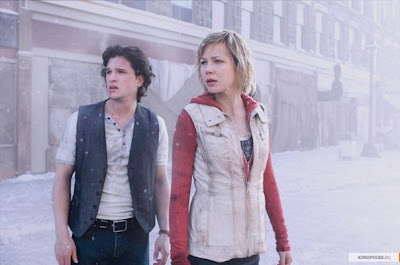 Trance:
King of kinetic cinema Danny (Trainspotting, Slumdog Millionaire, 28 Days Later) Boyle
is back with this graphic, genre-splicing thriller. James McAvoy is an auctioneer in on an art heist. The problem is, during the crime he's hit on the head and develops amnesia. Rosario Dawson is the hypnotherapist enlisted by criminal Vincent Cassel to help jog the auctioneer's memory. Except she has an agenda of her own.

By all accounts, Trance is stylishly made and well acted. However, in treading into Nolan-esque mind-bender turf, it becomes too convoluted for its own good. Kervyn of TheMovies.co.za enjoyed the cleverness for the most part, but ultimately found the different pieces didn't click into place as an entertaining whole. 69% Fresh on Rotten Tomatoes. 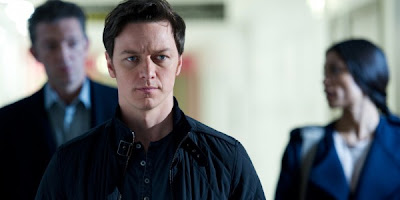 Little One:
If you're in the mood for some lighthearted escapism, stay far, far away from this South African drama - the country's official submission for this year's Academy Awards. Darrell (Yesterday, Cry the Beloved Country) Roodt directs this tale of a township resident Pauline (Lindiwe Ndlovu) who comes to the rescue of a raped and disfigured little girl (Vuyelwa Msimang). Pauline becomes more and more involved in the girl's life, and the criminal investigation to bring her justice. In Zulu with English subtitles.

Although Little One is powerful and ultimately uplifting, it's apparently not an easy watch. Beautifully shot if not particularly unpredictable in terms of plot. 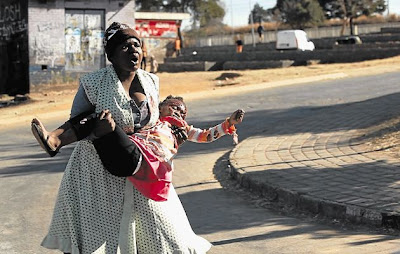