The Twilight Saga may be over, but that doesn't mean Hollywood won't try to replicate the success of the Young Adult fantasy franchise. In fact, next year we can watch the film adaptation of another Stephenie Meyer novel. The angsty love triangles - or is that quadrangles? - of young people receive a sci-fi, instead of supernatural, tweak in The Host.

In The Host, the human race is almost extinct, having had their bodies taken over by perfectly composed parasitic aliens known as "Souls." Human rebel Melanie (Saoirse Ronan) is one of the last to fall, but she resists the efforts of a Soul called Wanderer to possess her completely, and the two consciousnesses end up sharing Melanie's body. With access to Melanie's memories and emotions, Wanderer comes to sympathise with the young women's family, friends and boyfriend Jared (Max Irons), while developing her own unexpected affections for another human, Ian (Jake Abel). Frances Fisher, Diane Kruger and William Hurt also star. 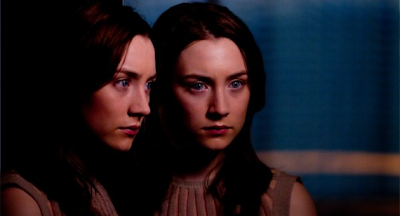 Granted the teaser trailer for The Host is a lot more enticing than the full trailer above, but I have to admit this one seems intriguing  Apart from the dramatic potential of Melanie and Wanderer's body-sharing - I'm sure their relationship status would be set to "It's Complicated" - the cast is strong for this kind of  moderately budgeted, teen-centric fare. Ronan is an especially gifted young actress.

Anyway, The Host also has Andrew Niccol as its writer-director. Although Niccol's last film In Time (my review) was stronger in concept than execution, he is nonetheless a filmmaker known for his thought-provoking and socio/politically-conscious work - particularly in the sci-fi genre (his filmography includes Gattaca, The Truman Show and S1m0ne). In Niccol's hands, The Host has real potential.

The Host releases in North America on 29 March 2013. The film opens in South Africa a month later, on 26 April. 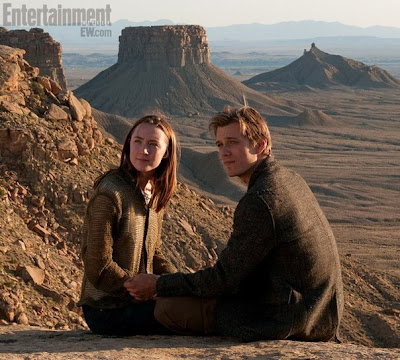