Movies releasing in SA today: The Narnian Voyage of the Paranormal Girl who Kicks Hornet Nests

- December 10, 2010
It's another glorious weekend at the movies in terms of being spoiled for choice. There are 3 notable new releases opening today and I'm sure I'm not alone in wanting to watch them all in the coming days and weeks.

The Chronicles of Narnia: The Voyage of the Dawn Treader - Screening in conventional format and 3D is this third adaptation of C.S. Lewis's Narnia Chronicles, following The Lion, The Witch and the Wardrobe and Prince Caspian.

This time only Edmund (Skandar Keynes) and Lucy Pevensie (Georgie Henley) find themselves drawn back to Narnia, with their obnoxious cousin Eustace (Will Poulter) in tow. The children are reunited with King Caspian (Ben Barnes) on a naval adventure in unexplored waters to find the exiled friends of Caspian's father, the Seven Lost Lords of Narnia.

There's also some "save the world" nonsense the filmmakers have bolted onto Lewis's non-formulaic plot, but I'm choosing to ignore that... much like the distinctly underwhelming trailer, which suggests Walden and Fox (replacing Disney) can't let go of the White Witch, Pevensie family jealousies and epic life-or-death epic battles that characterised the first 2 films in the series, and which should be absent from Dawn Treader. After all, one of the best things about the Dawn Treader novel is its difference from all the other books. There are no big battles. It's an adventure filled with weirdness and wonder.

The Chronicles of Narnia: The Voyage of the Dawn Treader is 47% Fresh on Rotten Tomatoes. That's a big step down from Caspian and Wardrobe, which scored 67% and 76% on the review aggregator site respectively. Apparently Dawn Treader is plodding, "safe" and without the magic of its predecessors. Happier critics have however praised the film's CGI-visuals and called the entire enterprise enjoyable in an old-fashioned style.

For the record, Voyage of the Dawn Treader was not filmed in 3D. It underwent a conversion during post-production, and given how underwhelming most conversions are I will be seeking out a cheaper, 2D version of the film. 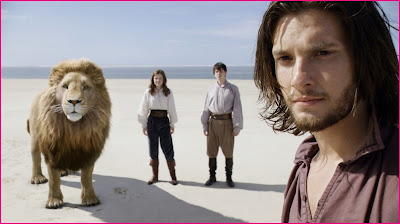 The Girl Who Kicked the Hornets’ Nest - The Girl Who Kicked the Hornets’ Nest is the third and final instalment in the Swedish film series based on author Stieg Larsson’s bestselling Millennium Trilogy. Mystery-drama Hornets’ Nest continues directly on from The Girl Who Played with Fire, with goth hacker Lisbeth Salander (Noomi Rapace) rushed to hospital to recover, and in turn stand trial for 3 murders. While Lisbeth regains her strength, and begins her own fight back, journalist Mikael Blomkvist (Michael Nyqvist) seeks to clear her name – and uncovers corruption and conspiracy in the Swedish government.

I really hope that The Girl Who Kicked the Hornets’ Nest is a more satisfying experience than Played with Fire, which was hobbled by unrealistic coincidence. It’s unlikely this final film will be anywhere near as excellent as the trilogy’s first instalment, The Girl with the Dragon Tattoo, but it’s my sincere hope that the series doesn’t conclude with a sad splutter after such a strong start. 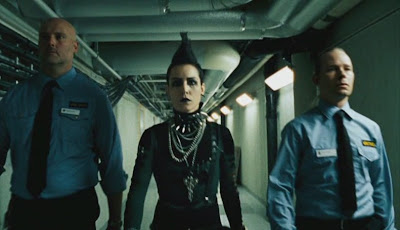 Paranormal Activity 2 - Paranormal Activity 2 is the highly anticipated sequel (actually a prequel) to the 2007 indie horror hit. Although the first movie's writer-director Oren Peli is only producing this time, original actors Katie Featherston and Micah Sloat both return.

Shot in the same "home video" style as its predecessor for heightened realism, Paranormal Activity 2 depicts the events leading up to the first haunted house movie, and it explores what happened directly after Paranormal 1. In the film, Katie's sister Kristi (Sprague Grayden) and her family are being tormented by a vicious invisible force. Both Kristi and Katie believe it is the same demonic entity that terrorised them during their childhood.

I was a fan of the original Paranormal Activity, even if I preferred the film’s various alternate endings to the one attached to the cinema release. Paranormal Activity 2 is 61% Fresh on Rotten Tomatoes. Critics seem to be split between praising the film as an excellent spine-chiller superior to the original, or a watered-down follow-up that over-explains matters and is just a set-up for more movies (Paranormal Activity 3 is already in the works, *sigh*).