The Girl with the Dragon Tattoo spoiler-free movie review

- October 27, 2010
For some people it won’t matter how heartily I recommend the big screen adaptation of Stieg Larsson’s bestselling novel The Girl with the Dragon Tattoo. They will instantly refuse to watch the movie when they realise it is in Swedish with English subtitles. And certainly at the screening I attended there were at least three groups of people who walked out within the first 30 minutes – no doubt because of the language issue. 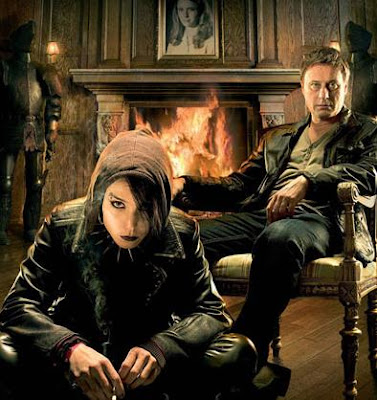 These people did, however, truly miss out on one of the best films to release in South Africa this year – a truly engaging murder mystery made more potent by its unflinching, uncomfortably graphic depiction of violence against women. Without giving too much away The Girl with the Dragon Tattoo makes the case that Europe isn’t as civilised and forward thinking in regards to gender issues as it often appears. The film – like the book, presumably (I haven’t read it yet) – emphasises that real life horror stories like the Josef Fritzl incident aren’t as uncommon in the First World as you would expect. Vulnerable young women are always at risk of abuse by powerful men, no matter where they are.

Anyway, the plot driving The Girl with the Dragon Tattoo centres on disgraced journalist Mikael Blomkvist (Michael Nyqvist) who is hired by elderly millionaire industrialist Henrik Vanger (Sven-Bertil Taube) to investigate the 40 year old disappearance of his beloved niece off the family island estate. Fascinated by Blomkvist as well as the case, supremely resourceful hacker, researcher and former juvenile delinquent Lisbeth Salander (Noomi Rapace) approaches the journalist to offer her assistance. Together this unlikely duo tries to pluck the truth from a tangle of family secrets, Nazi-ism, misogyny, religious iconography and serial killing. 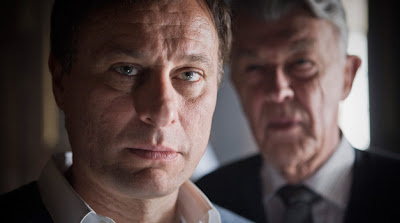 I was admittedly apprehensive that The Girl with the Dragon Tattoo was going to be an inaccessible “arty” piece of European cinema. The long empty shots and pensive silences of horror coming-of-age tale Let the Right One In put me off that particular piece of Swedish movie making, and I was worried that I would have much the same problem with The Girl with the Dragon Tattoo. Pleasantly surprising however is just how mainstream and accessible the film feels – something akin tonally, stylistically and narratively to The Silence of the Lambs and the recent Roman Polanski film The Ghost Writer.

The Girl with the Dragon Tattoo does take a long while to get going, and unfortunately peters off towards the end once the mystery is solved and the film’s sense of narrative urgency dissipates. However, overall the movie is such an intriguing, enjoyable ride – driven by interesting characters and excellent performances (especially Rapace in a gift of a role) – that you’re willing to overlook these flaws as stemming from a desire to please fans of the book by including all the novel’s major plot points.

December 2011 sees the release of the Hollywood version of The Girl with the Dragon Tattoo, starring Daniel Craig and Rooney Mara. So if you are still resistant to watching a non-English language film you can always wait until then. However, you will be doing yourself a disservice if you don’t catch the original now, and frankly I fail to see how the American filmmakers are going to improve on this adaptation. 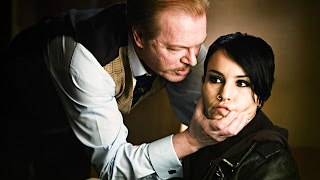 Shirley said…
Having read and absolutely adored the book I could not fathom watching it in anything other than the Swedish setting and in Swedish. I find that its instant remake in 'American' undermines the book and will likely make it just another watered-down simplified version of what is just great.

The movie was fab. It was as faithful to the book as it could be, down to the set design, with the actors perfectly cast. Lisbeth and Mikael's characters in particular were exactly as portrayed in the novel.

People are doing themselves a major disservice by avoiding a foreign movie. Especially if they read the book.

Anyway, I look forward to watching the sequels. But the ones set in Hedestad and Stockholm :p
9:54 AM

MJenks said…
I think everyone I've heard largely agrees that Hollywood will ruin the story with their version of the film. Wait. Version? Atrocity, more like.

I had someone come into the store not long ago and complain that she didn't like the flow of some of the sentences in the book form. I had to remind her that it was originally written in Swedish, and that some of the timing and lyrical nature of the words might have shifted thanks to translation. It was like a lightbulb went off over her head and she suddenly realized what was wrong.

I'm pretty sure this is how Hollywood will approach it, too. But without the lightbulb moment.
1:57 PM

Anonymous said…
Thank you for the review. I agree, more people should give foreign movies a chance...


@Shirley, I believe the American version is still taking place in Sweden.
3:10 PM

milez_away said…
as always, nice review. I've really been wanting to watch this. The Steig Larson books are amazing and i would seriously recommend you give them a try.
7:57 AM

Pfangirl said…
Thanks for commenting, everyone. Some very interesting insights here, especially in terms of the book being translated into a movie, and how the shift in language can affect things.
9:52 AM