The Chronicles of Narnia: The Voyage of the Dawn Treader film review

- December 22, 2010
The Chronicles of Narnia: The Voyage of the Dawn Treader is the third entry in the fantasy film franchise, based on C.S. Lewis’s beloved series of children’s novels. Although arguably the weakest of the Narnia films, it still offers wholesome and sincere entertainment for the whole family. And this CGI-heavy tale is still far superior to other 2010 adventure-quest films, Clash of the Titans and Prince of Persia: The Sands of Time. 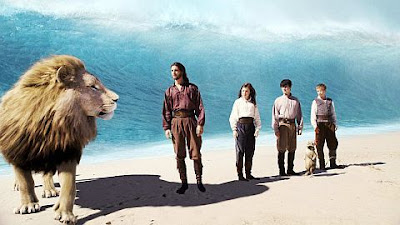 Without the epic battles of its series predecessors, The Voyage of the Dawn Treader is an Odyssey-like naval adventure essentially broken into episodes. The two youngest Pevensie children, Edmund (Skandar Keynes) and Lucy (Georgie Henley) – along with their peevish cousin Eustace Scrubb (Will Poulter) – are whisked back to Narnia to help their old ally King Caspian (Ben Barnes) search for the Seven Lost Lords of Narnia. The Lords were trusted friends of Caspian’s father, and were banished once Caspian’s evil uncle took the throne. Caspian’s quest takes him, the children and the Dawn Treader’s crew into uncharted waters, and as they draw closer to the edge of the world they must face dark magic that threatens to devour Narnia.

Although shuffling the order of events in the book, The Voyage of the Dawn Treader retains all the main plot points and themes from Lewis’s story. So, if you wince at unsubtle discussions of morality and Christian values you will probably be grated by the film... particularly in every scene were giant lion Aslan (voiced by Liam Neeson) appears. 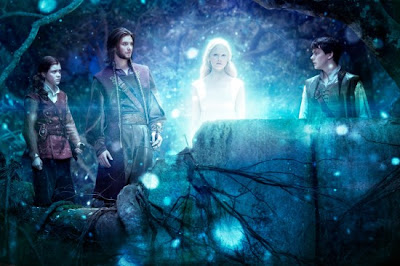 At the same time the filmmakers have inserted several new elements into Lewis’s tale – presumably to heighten the sense of epic world-ending drama that Hollywood thinks is a vital component in every fantasy film. As a lifelong fan of the Narnia novels I wasn’t convinced by these inclusions, which alternate between being pointless and nonsensical. Suddenly there’s a little girl stowaway on the boat and, more importantly, the Seven Lost Lords have seven magical Narnian swords that together will defeat the film’s foe. Given how generations of Telmarine humans trampled Narnian tradition, it seems unlikely these men would have been gifted with such powerful treasures from Aslan, especially since prior to Caspian’s rule the Telmarines were not considered rightful rulers of Narnia.

Disregarding these gripes, and the fact that the final approach to Aslan’s country is disappointingly rushed and devoid of wonder, The Voyage of the Dawn Treader does get a lot right. The World War II reality scenes look wonderfully authentic, and with the exception of Henley – who has always been irritating as Lucy – performances are solid. Poulter captures Eustace’s brattiness and later humility convincingly, and just as Caspian has settled into is role as king, Barnes seems to be much more comfortable as an onscreen commander. 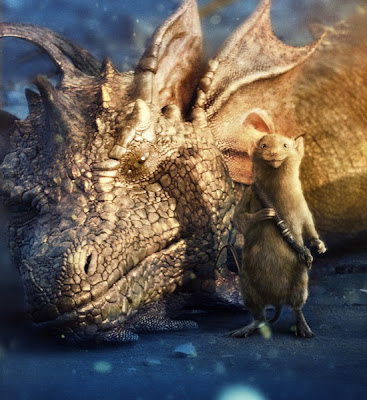 Of course, the big drawcard of the Narnia films has always been their special effects, and noble mouse Reepicheep – an entirely CGI creation – remains a scene stealer in this, his second appearance in the franchise. Voiced by Simon Pegg (replacing Eddie Izzard), Reepicheep provides much of Voyage’s heart and humour, particularly in terms of his interactions with Eustace.

It’s also worth noting at this point that The Voyage of the Dawn Treader features one of the best fantasy movie fights of 2010. Despite Voyage being a “safe” family film in many respects, I challenge the fanboys out there not to feel a spark of exhilaration as they watch a dragon face off against a deadly sea monster that looks like a cross between a serpent and a Predalien.

In the end then The Chronicles of Narnia: The Voyage of the Dawn Treader can be recommended for families, and cinemagoers in general, who don’t need a hefty dose of cynicism in their movie diet to have a good time. Voyage is certainly not a “hip” movie – and it’s definitely not subtle – but it’s a treat for the eyes, and it can certainly produce a tear or two if you open yourself to it. 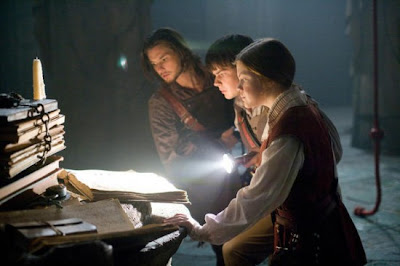