- May 03, 2013
And here we are again. My apologies for the lack of blog updates this week. With the midweek public holiday and an uncharacteristically busy schedule outside of my normal full-time job, I've fallen behind this week. The regular 4-times-a-week schedule should return from this coming Monday...

Anyway, if you're heading to the cinema this weekend in South Africa, these are your new choices.

Having opened on this week's Public Holiday Wednesday, Iron Man 3 has already broken South African box office records. It has accomplished the same internationally, while racking up an aggregated Rotten Tomatoes review score of (currently) 78% Fresh. My full review will be up this coming week but it's pretty much exactly in line with Kervyn's thoughts over at TheMovies.co.za - inventive action scenes, great dialogue but a bit of a rushed, jumbled plot. 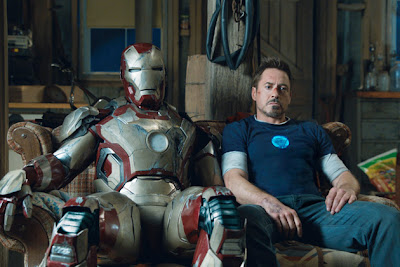 This Is 40:
This standalone comedy sequel to Knocked Up - also written and directed by Judd Apatow - focuses on the married couple played by Paul Rudd  and Leslie Mann, and the various issues facing their relationship as they enter their forties. Also with Jason Segel, Melissa McCarthy, Megan Fox, Albert Brooks and John Lithgow.

Evidently, with a middling Rotten Tomatoes review score of 52%, This Is 40 is a mixed bag. Critics have praised the film for its all-round great performances and moments of genuine, smart perceptiveness. However, with a running time over 130 minutes long, there's a lot that is rather self-indulgent and unnecessary. 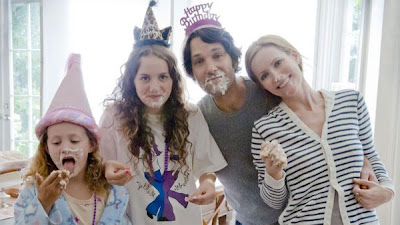 Promised Land:
This drama centres on the controversial topic of fracking, with Matt Damon and Frances McDormand playing 2 oil company employees dispatched to a struggling farming community to snatch up their mineral rights. Of course, our hero soon develops a crisis of conscience about destroying the farmers' way of life. Directed by Gus "Good Will Hunting" Van Sant.

Promised Land is apparently quite watchable, benefiting from likeable characters and performances. It's just a bit too leisurely and gentle, as opposed to dramatically hard-hitting. And you can see where it's going right from the outset. 51% Fresh. 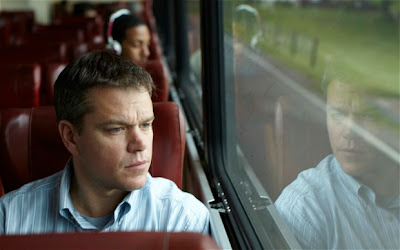 Lien se Lankstaanskoene:
In terms of South African movies out this week, there's this Afrikaans-language drama based on a novel commonly prescribed in high schools. Carmen Pretorius, Franci Swanepoel and Elize Cawood star in this tale of a pretty teenager who turns to begging to support her dysfunctional family. Sounds like a barrel of laughs.

For the record, I'd love to put up a promotional image from the film, but there's nothing available online, just as there are no reviews of the film. Sterling job, local filmmakers.
Books and comics Film