Movies out today: Revenge and redemption

- October 12, 2012
Only three new movies open in South African cinemas today, and they offer a mix of revenge and redemption.

Taken 2:
Sure to be the new box office champion is this (unnecessary) sequel to the 2008 hit (my review) that established Liam Neeson as an action badass. This time a family vacation in Turkey goes wrong for retired operative Bryan Mills as he tries to reconnect with his ex-wife (Famke Janssen) and daughter (Maggie Grace). Relatives of the Albanian men killed by Bryan in Taken 1 set out to kidnap and kill the family. Big mistake!

Kervyn at The Movies.co.za wasn't impressed by this action thriller, which suffers as a result of its weird decision to edit out the bone-crunching violence that gave the original Taken its punch (along with Neeson's intense performance of course). Taken 2 is sanitised to the point of incoherence. Internationally, critics have called the film more remake than sequel, going the "bigger and dumber" route. Neeson still delivers the goods though, and action fans certainly won't be bored. 20% Fresh on Rotten Tomatoes. The Magic of Belle Isle:
If you prefer a little less shooting and neck-snapping in your movie diet, this gentle drama may be a better option. Morgan Freeman plays a wheelchair bound novelist whose battle with alcoholism has left him apathetic and uninspired. But moving into a lakeside cabin exposes him to neighbour Virginia Madsen and her brood... and suddenly life starts looking up. Rob Reiner directs. "Inoffensive", "bland," "corny" and "predictable" are some of the words being thrown at this one. 29% Fresh. 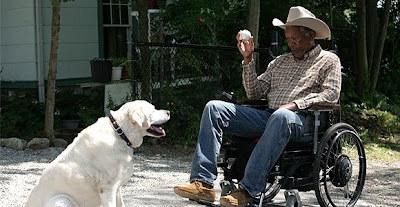 Stilte:
An Afrikaans-language, Christian-values drama about a young woman (Angelique Pretorius) who endures a horrific family tragedy, and retreats to a farm in the Karoo to recover. The once talented singer can no longer even talk however, until a vibrant young pastor (Andre Frauenstein) makes it his mission to help her heal and rediscover her voice. Directed by veteran SA filmmaker Darrell Roodt. 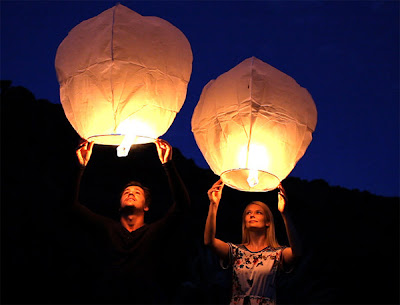