Deadlands: To zombies what Twilight is to vampires

Hmmm, now where have we seen all this before?

Admittedly I don’t read a lot of Young Adult fiction, but evidently I was naive in thinking that the genre wasn’t fixated on only one or two formulae. Because, as an example of teen-orientated writing, Lily Herne’s zombie-themed Deadlands (buy it here) does nothing but dish out conventions... which is frankly disappointing. 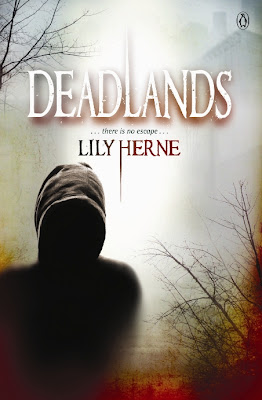 For the record, Deadlands was one of the biggest literary sensations of 2011 in South Africa. The book is set in Cape Town a decade after a zombie outbreak coincided with the 2010 Football World Cup. During this time, the Western Cape has been transformed into a couple of muddy, walled enclaves. Racism and violent crime have vanished but in their place has risen a powerful cult / totalitarian political party known as the Resurrectionists. And they worship the Guardians – mysterious hooded beings who are able to traverse the abandoned city suburbs (AKA the Deadlands) without threat from the shambling dead.

Deadlands is a brisk, easy read, but it’s hamstrung by a few fundamental issues. The biggest problem for me, in all areas, is the book’s lack of credibility. I know I’m reading a post-apocalyptic zombie tale but so much doesn’t ring true. Mother-daughter duo Sarah and Savannah Lotz, writing under the pseudonym of Lily Herne, seem to be straining to appear cool. Eye-rolling case in point? Bikers wearing pristine white suits and sunglasses as they careen around the inside of a mall.

As another example, our heroine – temperamental 17 year old Lele de la Fontein – finds herself amongst a group of ninja-trained teenagers known as the Mall Rats. Like their name suggests, this gang braves the Deadlands to raid Century City for goodies to sell on the black market. At this point it’s worth mentioning that the zombies shuffling through the Deadlands are not the virus-infected beings of 28 Days Later, The Walking Dead and Shaun of the Dead, etc. As such, damaging the brains of these zombies isn’t enough to destroy them. Only decapitation works. Yet some of the Mall Rats use cool-looking but nonsensical signature weapons like shuriken and chains.

Plus, the characters do frustratingly illogical things. It’s established early on that it’s especially dangerous to be out in the Deadlands after dark. Yet, after one dusk shopping expedition the Mall Rats stop to catch feral chickens, camp out and have a braai. And one of the teens entertains her friends with poi/fire twirling. Seriously. 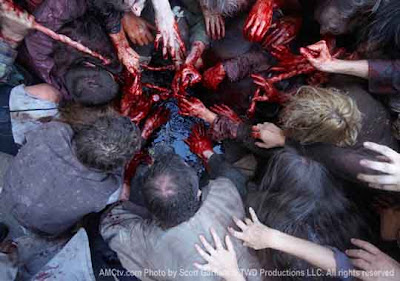 To be fair, it probably didn’t help that I came to Deadlands after reading several of Robert Kirkman’s harrowing Walking Dead graphic novels, and otherwise consuming my fair share of adult-orientated zombie entertainment. Because, really, Deadlands is to zombies what Twilight is to vampires. It skims the bigger issues and sucks almost all horror from the concept. Instead of relentlessly pursuing their human prey and clawing out guts, Deadlands zombies are most typically compared to dusty books (how terrifying!). And if you’re looking for a brutal The Road-style tale of survival in a world of dwindling resources and distrust, there’s little sense of this in Deadlands either. The book feels like a safe, unscary option for teens and people who don’t have the stomach for zombie-media.

The absolute most unconvincing thing about Deadlands though is its dialogue. Dated slang dominates (“Duh?”) and cringe-worthy lines like the following – arguably the worst in the entire book – are common:

"Lele, the anger you have, you must learn to use it, to control it... When you feel the anger starting, try to picture something in your mind that you love or that you hold dear. Try to replace the anger with that image." (p.147)

Building on this, one of the Mall Rats is a chainsaw-wielding British teen called Ginger, and he’s obviously intended to be the book’s comic relief. However, his conversations – peppered with “mate” and “innit?”, and stuffed with quick-to-age pop culture references – swiftly make the character extremely irritating.

I won’t deny that Deadlands has its positives though. There’s a certain degree of pleasure to be had from reading a book that features recognisable real-world, specifically South African, landmarks. And there are a few clever in-jokes worthy of a smile. Lele attends prestigious Malema High School, for example.

However, in the end, there’s no escaping the feeling that Deadlands is a try-hard zombie-lite tale that comes up particularly short in believability when it tries to cheesily imitate action-packed genre fare like Dawn of the Dead and The Matrix.

With dozens of unanswered questions raised by the time of its conclusion, Deadlands is all set up for a sequel. And it turns out that the first Mall Rats follow-up, the apparently superior Death of a Saint is now available, having been released in South Africa at the end of March (buy it here). 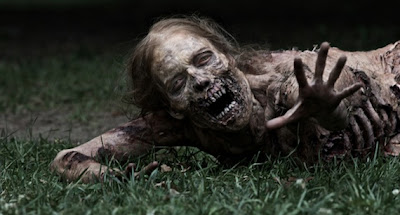