I'm sure that anyone who has ever sat and fantasized about super powers has also inevitably pondered what they would do with their new strengths. Would you be a hero continually sweeping down to rescue the common man via a string of good deeds? Would you use your new abilities for your own amusement? Or, as they as say, would it be a case of "absolute power corrupts absolutely" and you would do whatever you wanted, regardless of the consequences or legality?

That final choice is central to Chronicle, an upcoming, low-budget fantasy flick that blends the sci-fi, horror and superhero genres. In the film, a trio of high school friends (played by unknowns) develop special abilities after an unbelievable discovery in the woods. However, as the teens' powers grow ever stronger, so their initially goofy, playful actions become darker and more dangerous. 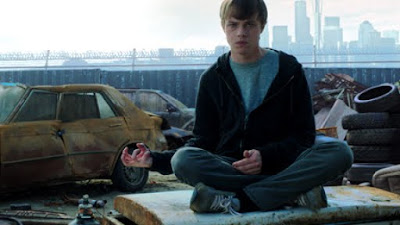 There currently isn't a lot of information available on Chronicle, but with this kind of film it's usually better that way. For the record, the movie is shot in the "found footage" style that is most typically associated these days with the Paranormal Activity series and The Blair Witch Project. There has of course been a glut of movies released in this filmmaking format over the past few years - including Cloverfield, [REC], its US remake Quarantine, The Last Exorcism, The Fourth Kind and Apollo 18.

I know many people are sick of this gimmicky "pseudo-realistic" approach to movie making, but I'm surprisingly not. Although there's a lot of mediocrity out there, when these types of movies are done well, they're great, engrossing fun. And Chronicle looks very promising; very interesting. Granted the film is opening early in 2012, during a time of year that is typically Hollywood's post-festive season dumping ground for cinematic oddities. However, some real gems can be unearthed during that period as well. Here's hoping Chronicle is one of them.

Chronicle is set for release in North America on 3 February 2012. The film will open in South Africa on 2 March. 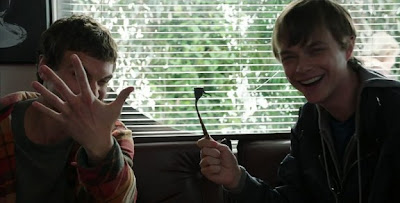