Well, last week as part of Trailer Tuesday I profiled Chronicle, an early 2012 release in the "found footage" cinematic style that has become all the rage in the horror genre. Apollo 18 is a 2011 movie that utilises the same approach, although instead of mixing the superhero and horror genres as Chronicle appears to do, this one goes for a more standard sci-fi and horror combo. 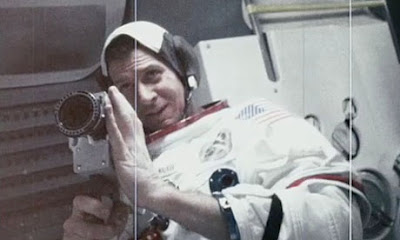 One to no doubt tickle the fancy of conspiracy lovers, Apollo 18 promises to expose the truth as to why Apollo 17 was the last manned mission to the Moon. And that's because the moon isn't as lifeless as we've been told. Produced by Timur (Wanted, Night Watch) Bekmambetov, Apollo 18 is marketed as a "documentary" that exposes the "shocking truth" - that, in reality, although publicly cancelled, the Apollo 18 moon landing still secretly went ahead in 1973. It was however more deeply buried in top secret government records as a result of nightmarish events experienced, and filmed, by the 3 man crew once they reached the moon's barren, dusty surface.

Look, I think you have to be pretty damn naive if you accept yet another "handheld camera" movie as the truth. And Hollywood is even more naive if they think people will fall for the scam after The Blair Witch Project, Paranormal Activity 1 through 3, The Last Exorcism and The Fourth Kind all made the same claims of authenticity. This said, it doesn't mean another movie that utilises the gimmick can't be entertaining. After all, sci-fi and horror can make very creepy, compatible bedfellows as dozens of movies set in the black isolation of space (Alien and Event Horizon being prime examples) have proved.

Unfortunately though, that doesn't seem to be the case with Apollo 18...

The film opens in South Africa this Friday, 11 November. The movie has however already released in North America and other international regions back in early September. In the process, Apollo 18 racked up a Rotten Tomatoes rating of 24% Fresh. In other words, just 24% of critics reviewed the film positively. Apart from resorting to cheap scares, the film's biggest failing apparently is that it's a massive bore. Oh dear. And here I was thinking the concept had real promise. Apollo 18 is perhaps one to catch eventually on TV. Or reserve as a DVD hiring/streaming last resort. 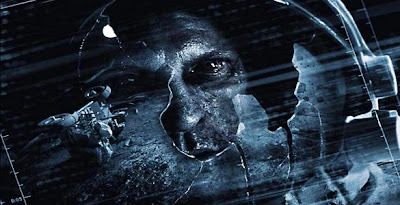