- May 16, 2011
Although it’s debatable how much enjoyment the average male cinemagoer will get out of Cary Fukunaga’s Jane Eyre (I’m actually curious to know), there’s no denying that this gothic romance-drama is a classy, engaging production. For anyone still thinking fondly of award season with its feast of pedigreed movie releases, or for anyone seeking cerebral cinema fare as we enter the typically brain dead midyear blockbuster season, Jane Eyre is definitely recommended. 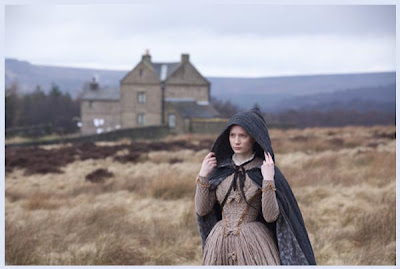 Based on Charlotte Bronte’s classic novel, Jane Eyre centres on the title character (Mia Wasikowska) a passionate, principled young woman who has for the most part endured a lonely, loveless childhood. Jane enters adulthood educated, but plain and penniless, and with a practical grasp of her situation she takes up a governess position at remote Thornfield Hall, where she is charged with educating the young ward of Mr Edward Rochester (Michael Fassbender). Moody and despondent, Rochester challenges Jane continually to express her inner fire, but as their unconventional relationship deepens, secrets from Rochester’s past threaten the couple’s tentative happiness.

There have been a few dozen adaptations of Jane Eyre over the years, but the 2011 version is definitely one of the most contemporary feeling and engaging – for a couple of reasons. Some purists may disagree with the film’s flashback approach to certain events, but this reshuffling helps to make the movie feel less episodic. Instead of trundling through important events in Jane’s life chronologically from childhood, the viewer is plunged into the film at a moment of extreme emotion, hooking the audience before rewinding to fill in narrative and motivational gaps. 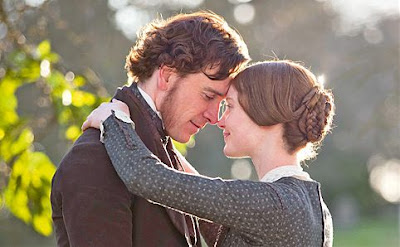 Audience engagement is further enhanced by the film’s performances. There’s no theatricality or affected period mannerisms here. Leads Wasikowska and Fassbender make a credible emotional connection with contemporary viewers in a way that Charlotte Gainsbourg and William Hurt never did in the 1996 Jane Eyre. There’s a warm to both actors; a pleasing lack of repression.

Fassbender’s Rochester doesn’t brood stiffly in the corner. He’s a blatant muddle of emotions, with desperation, hope and frustration warring it out. Wasikowska, who gave a strong performance in Tim Burton’s otherwise mediocre Alice in Wonderland, is even better here. Her softly-spoken Jane radiates determination but is still clearly struggling to control her feelings, which sneakily display through her trembling hands and expressive eyes. As a result, exchanges between the leads are extremely intense. Viewers shouldn’t expect the witty, feather light verbal sparring of Pride and Prejudice in Jane Eyre. Like almost everything else in the film there is a real sense of gravitas. 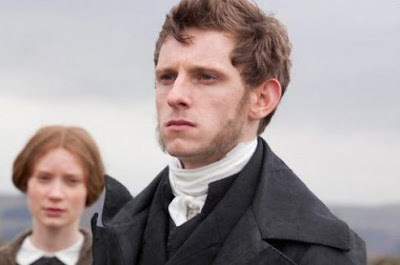 The only real gripe that can be made about Jane Eyre is its abrupt ending. Otherwise, the movie is beautifully filmed and very atmospheric, with many shots of the windswept moors and creepy, shadowed corridors of Thornfield Hall. Jane Eyre is a prime example of costume drama far removed from the busy balls and tittering tea parties of Jane Austen. It’s must watch for fans of the genre, and one of the best movies of 2011 so far. 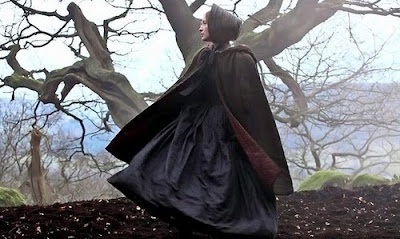