- July 02, 2010
Well, it's a spectacularly crap week for new movies releasing in South Africa today. If you're in the mood for some filmic fun your best bet is to watch Toy Story 3 (99% Fresh on Rotten Tomatoes) if you haven't already seen it (my review here), or hit the video store.

Otherwise, it looks like local film distributors are keeping new movies far away from the box office juggernaut that will no doubt be The Twilight Saga: Eclipse (currently 52% Fresh). The third film based on Stephenie Meyer's supernatural romance novels had a record-breaking midweek opening on Wednesday in many countries around the world, including South Africa.

In limited release South African audiences can enjoy the ballet Mediterranea, a theatrical production filmed for the big screen, and The Maid (also known as La Nana), a highly acclaimed Spanish language dramedy that centres on a live-in maid and her relationship with the family she has served for over 23 years. Many South Africans should be able to identify with this situation.

Otherwise, cinema goers this weekend can try out Bollywood romantic comedy I Hate Luv Storys, or local comedy For Better For Worse about a career-driven South African Indian woman who, at 30, is under pressure from family and friends to get married. Both films should find an audience in the KZN Indian community especially.

Finally, in limited release, there's London River, a religion-and-race-themed drama set in the days following the London bombings of July 2005. Reviews have generally been positive for this tale, which follows a Christian English woman (Brenda Blethyn) and Muslim French man (Sotigui Kouyaté) as they search for their adult children, who have gone missing in the aftermath of the explosions. 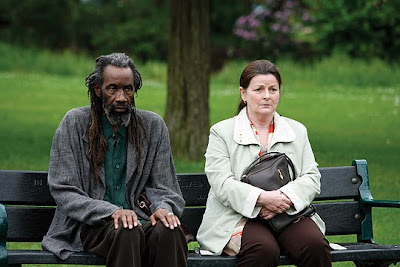