- August 07, 2013
At this time of year, cinemas worldwide are inundated with CGI-heavy blockbusters with budgets in the $150 – 200 million bracket. Time and time again, these films are crammed with visual spectacle, but repeatedly they’re soulless. You feel nothing and receive no nourishment even as you guzzle the eye candy. 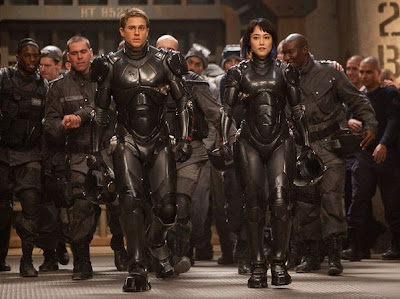 Certainly at first glance, Pacific Rim, the new sci-fi actioner from director Guillermo Del Toro, seems to fit this category. Its scope is as huge as its price tag, and its special effects are dazzling. Unusually though, Pacific Rim is the first blockbuster in ages to actually be satisfying. Pay attention, Michael Bay – this is what Transformers should have been like, thrilling audiences of all ages, turning up the coolness dial, and still remembering to squeeze in some comic relief without resorting to goofiness that clearly only has 11 year old boys in mind.

Don’t get me wrong. Pacific Rim is still very flawed, particularly in terms of its weak characterisation and predictable story. This said, time and time again, the film will trigger a gigantic grin on your face – particularly if you’re of the geek persuasion – and set your heart soaring. It’s just marvellous fun, coming across frequently as a hybrid of Independence Day and Top Gun. It’s Del Toro’s best film since the Oscar nominated Pan’s Labyrinth, although it’s obviously enjoyable in a completely different sense. 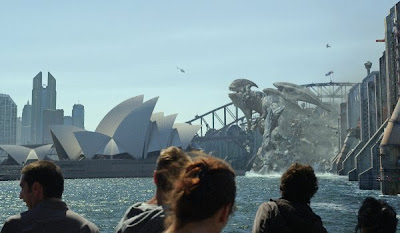 What is Pacific Rim about, you ask? Well, in 2013 an inter-dimensional portal opens up in the Pacific Ocean, from which emerge gigantic city-levelling monsters, dubbed Kaiju. To stop the Kaiju, the Pacific nations invest in huge humanoid robots called Jaegers to pummel the creatures into submission. Controlling such massive machines requires two highly compatible, mind-linked pilots. Raleigh Becket (Charlie Hunnam) is one of these Jaeger pilots, but after a devastating experience he withdraws from the programme. This is until several years later when commander Stacker Pentecost (Idris Elba) approaches Becket to take part in the Jaegers’ final mission, which has the potential to end the invasion once and for all. Everything is on the line, egos clash and Becket has to convince Pentecost that psychologically scarred Jaeger expert Mako Mori (Rinko Kikuchi) is his ideal co-pilot.

Personally, although I love robots and mechs, giant monsters of the Godzilla tradition have always left me cold. As a result, I approached Pacific Rim with less anticipation than most. I was still very pleasantly surprised though. Although it introduces concepts and supporting characters that begged for further screen time – and the climax is a bit too overblown and reminiscent of The Core – it’s been a while since I have enjoyed a film of this nature so much. It is full of surprises, continually building on its offering. 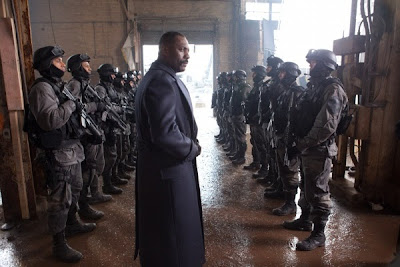 Best of all, Pacific Rim avoids the sneering “look how tough and macho we are” mockery of so many of its fellow genre entries. The movie is the ultimate egalitarian empowerment fantasy for everyone; male and female, jock and nerd, young and old. It doesn’t even force a romance down the audience’s throats, instead prioritising a more intimate, emotional connection between its leads.

For the record, while Hunnam is a bit vanilla in terms of his performance and character, Elba and Kikuchi certainly leave an impression. Meanwhile Charlie Day and Burn Gorman’s scientists and Del Toro regular Ron Perlman provide comic relief that is manages to remain balanced on the “silly” edge instead of toppling into “stupidity.” 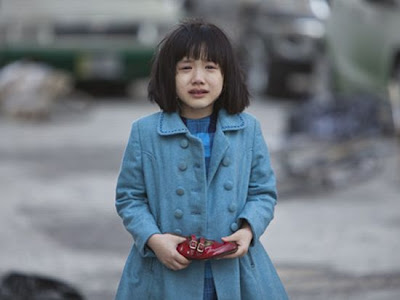 Pacific Rim can be experienced in 2D or post-production converted 3D. The latter inclusion doesn’t really add anything substantial to the film but it doesn’t muddle proceedings either. You certainly won’t feel cheated if you watch the movie in 3D, but it is far from a necessity.

In the end Pacific Rim is a midyear blockbuster done right – inclusive, satisfying and for once an “original” property instead of a sequel or adaptation. If your entertainment diet leans towards the reality-stretching incredible, you should have a thoroughly enjoyable time. 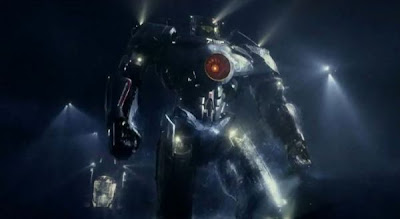