Movies out today: Mostly for the grown-ups

- February 08, 2013
Four new movies open in South Africa today, and while the majority of the fare is geared towards adults, there's some amusement for the kiddies as well.

Mama:
Producer Guillermo del Toro lends his name to this horror film about a man (Nikolaj Coster-Waldau) who tries to rehabilitate his abandoned, feral nieces with his reluctant girlfriend (Jessica Chastain). However, a spirit is jealous of the new family unit. Trailer Tuesday profile.

Although far from flawless, Mama is apparently an effective, stylishly shot genre entry - ideal for people who prefer creepy atmosphere to buckets of gore. The film has an aggregated Rotten Tomatoes rating of 62% Fresh. 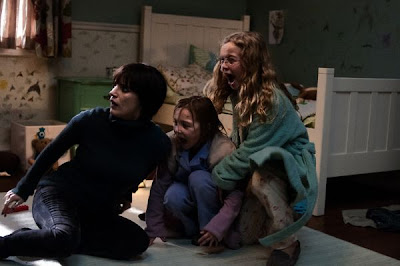 Movie 43:
Shot over several years on and off, Movie 43 is an R-rated sketch comedy starring most of Hollywood. Largely spearheaded by Peter Farrelly, the film has 14 directors and includes performances by everyone from Anna Faris to Hugh Jackman, Johnny Knoxville to Naomi Watts.

Despite sounding promising on paper, Movie 43 is an early Razzie forerunner for 2013. Relentlessly tasteless, embarrassing and unfunny, it's been called the "Citizen Kane of Awful." A cringe-worthy 5% Fresh.

The Words:
Bradley Cooper stars in this drama thriller about a struggling author who achieves success when he finds an old manuscript and passes it off as his own. However, the plagiarism comes with a heavy emotional price that affects multiple lives. Also with Zoe Saldana, Olivia Wilde, Jeremy Irons and Dennis Quaid.

The Words has a strong cast and performances but this indie production is apparently not nearly as thoughtful as it strives to be. Some may be irritated by its affected attempt at ambiguity. 22% Fresh. 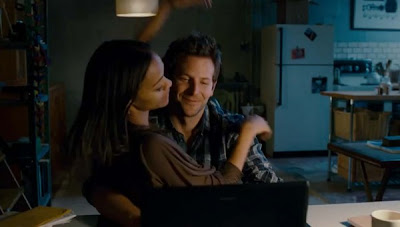 Dino Time (3D):
Screening in 3D is this animated comedy adventure from Korea and the US . In a struggle over a soda, three kids accidentally trigger a time machine that transports them back to the Age of the Dinosaurs. Somehow they must find a way home. With the voices of Melanie Griffith, Jane Lynch and Rob Schneider.

If you've been subjected to the awful trailer, you'll know that this one is purely for uncritical kiddies. Adults and animation fans should avoid this "straight-to-DVD" effort. 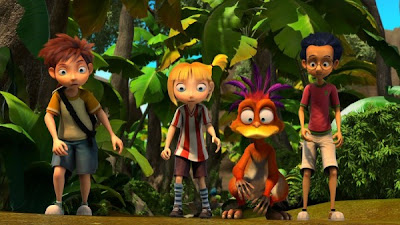