- March 09, 2012
Every year the midyear blockbuster season seems to kick off a little earlier. And I think it's safe to say that with 2 big crowd-pleasers opening today - both of which play heavily towards Hollywood's beloved teenage boy demographic - the 2012 blockbuster deluge has begun.

John Carter: It's taken well over 80 years but Edgar Rice Burroughs' highly influential pulp fiction creation has finally made the leap from the printed page to the big screen, courtesy of Disney. Screening in 2D and converted 3D, John Carter is a fantasy sci-fi adventure for the whole family, with Taylor Kitsch playing the title character, a Civil War veteran who finally finds purpose when he is mysteriously transported to the dying world of Mars - populated by assorted alien beings These are played and voiced by the likes of Lynn Collins, Willem Dafoe, Mark Strong and Dominic West. It all looks very Avatar meets Stargate in the trailer.

It's debatable whether audiences unfamiliar with the decades-old stories will pitch up for the film this weekend - especially since Disney has made some truly bizarre marketing decisions, like shortening the film's title from the more evocative "John Carter Of Mars." Anyway, at the time of writing this post, John Carter had an aggregated Rotten Tomatoes review score of 49%. Apparently it's an ambitious but derivative mess, especially in terms of its plot, but the movie really captures the spirit of fantasy adventures from earlier eras. 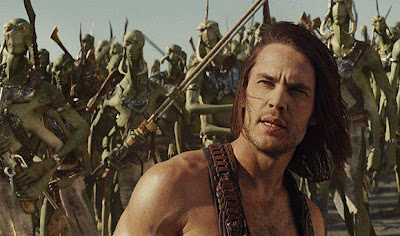 Project X: This R-rated comedy - shot in the found footage/home video style (yes, again!) - promises to be the ultimate house party movie. Three high school nobodies decide to up their popularity by throwing a huge bash for their classmates... only for it to transform into a wild open house event via the power of social media. As the evening progresses, things rather unsurprisingly spiral out of control. Think of this one as Superbad and Risky Business meets Can't Hardly Wait, produced by the director of The Hangover.

While Project X is sure to satisfy its target audience, the film has horrified older critics. Sporting a Rotten Tomatoes rating of 28% Fresh, Project X has been called mean-spirited, misogynistic, unoriginal, repetitive and fronted by truly unlikeable, irritating characters. Of course these same reviewers have reacted badly to the film's "no consequences"Jersey Shore-style debauchery. There are others - admittedly a minority - who have called Project X a politically incorrect, guilty pleasure. 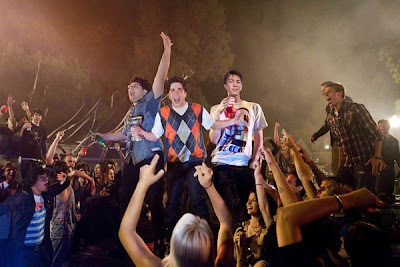 Tinker Tailor Soldier Spy: If John Carter and Project X are directed at the teen, geek and Guido crowd, catering for a decidedly more mature audience is this cerebral adaptation of John le Carré's classic espionage thriller. Set at the height of the Cold War, Gary Oldman is George Smiley, a British agent tasked with determining who, out of Colin Firth, Ciarán Hinds and Toby Jones, is a long-term mole in British Intelligence. Benedict Cumberbatch, Tom Hardy and Mark Strong also star in this ultra-pedigreed British-French production.

Tinker Tailor Soldier Spy was nominated for 3 Oscars this year (Best Actor, Best Adapted Screenplay and Best Score). The film has a Rotten Tomatoes rating of 84% Fresh. Apparently it's a masterfully made, realistic spy tale with Oldman in top form. The film is emotionally cold though, slow paced and features a VERY dense plot - so wear your concentration hat when you watch it. 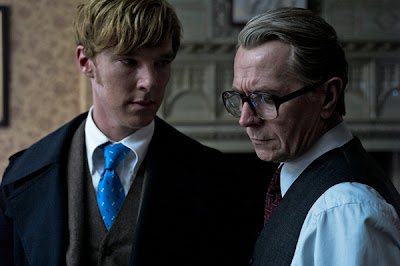