Trailer Tuesday: How to Train Your Dragon 2

Now sure, the trailer is more a teaser than anything else - i.e. it doesn't outline the sequel's plot - but man, our first look at How To Train Your Dragon 2 is a thing of beauty. Exhilarating and tender at the same time, it concentrates solely on the bond that has only strengthened between viking-turned-dragon rider Hiccup (voiced by Jay Baruchel) and his winged ally, Toothless - an exceptionally rare breed of dragon known as a Night Fury. 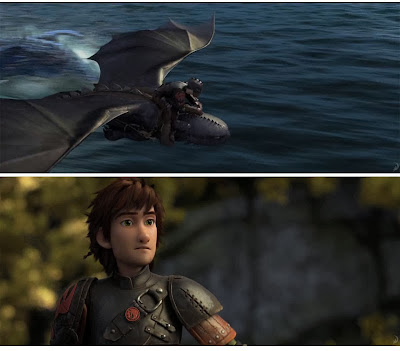 How to Train Your Dragon 2 will of course be screening in 3D along with 2D, and the family fantasy adventures is intended as the middle part of a trilogy. It is loosely based on Cressida Cowell's book series for children.

Set five years after the events of the first film, the alliance between the villagers of Berk and the dragons has altered the lives of both species. Dragon riding is the island's new favourite contact sport, and flight has exposed the vikings to far-flung new worlds. But this exposure also has potentially awful consequences for the alliance, and it falls to Hiccup and Toothless to save the day.

Returning to the vocal cast for the sequel are the likes of Gerard Butler, Craig Ferguson, America Ferrera, Jonah Hill and Christopher Mintz-Plasse. Joining the franchise for the first time meanwhile are Kit Harington, Cate Blanchett and Djimon Hounsou.


I cannot wait for this sequel. After a run of DreamWorks Animation flicks where all-star voice casts, manic energy and goofy pop culture references seemed to be the studio's priority, the 2010 original How to Train Your Dragon concentrated on generating an emotional connection between the characters that easily extended to the audience as well. Of course it didn't hurt that Toothless is just so simultaneously adorable and awesome...

How To Train Your Dragon 2 is currently set to open on 20 June 2014 in North America. The film's tentative South African release date is the same day. 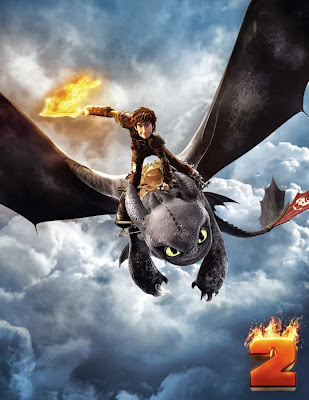