- September 13, 2013
Four films open in South Africa today, although it's a pretty low-key week for new movie releases with none being truly high profile must-sees.

2 Guns:
Denzel Washington and Mark Wahlberg star in this action comedy about two morally dubious undercover agents (one from the DEA, the other the Navy) masquerading as criminals... without knowing their partner is also a lawman. Based on a graphic novel, interestingly enough.

It's apparently heavily derivative, but 2 Guns is made worthwhile by the sheer charisma of its two leads, who work incredibly well together. Reviewers have been calling it silly, bloody fun in the vein of 48 Hrs and Lethal Weapon. 63% Fresh on review aggregator site Rotten Tomatoes. 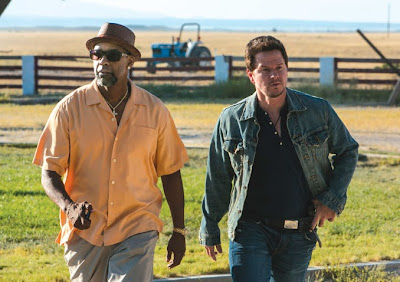 The Mortal Instruments: City of Bones:
Here's another supernatural teen romance trying to leap on the Twilight bandwagon. Also based on a hit Young Adult literary series, The Mortal Instruments sees Clary Fray (Lily Collins) discover she is a part-angel Shadowhunter like her mother (Lena Headey), and "the Chosen One" or something... Also with Jamie Campbell Bower, C. C. H. Pounder, Jared Harris and Jonathan Rhys Meyers.

Evidently The Mortal Instruments is an even bigger bomb than The Host, although personally I struggle to believe that. Kervyn of TheMovies.co.za hated City of Bones, calling it one massive, tediously overlong rip-off. It looks pretty though despite all the over-complication. For the record, internationally the film has been panned, earning itself a 12% Fresh rating. 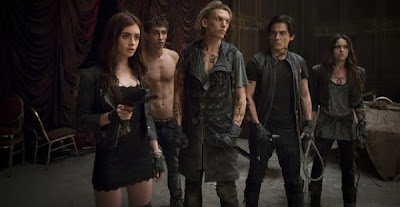 Felix:
This South African musical comedy won the Audience Award for Best Film at this year's Durban International Film Festival. It's been called a local Billy Elliot, focusing as it does on a 13 year old boy who dreams of becoming a Jazz saxophonist like his late father. His mother is massively disapproving. Then he wins a scholarship to a prestigious school, and has a chance to prove himself.

You only have to check out Felix's official site to see how well the film has been received by reviewers. It's evidently feel-good cinema at its very best; buoyant and witty. 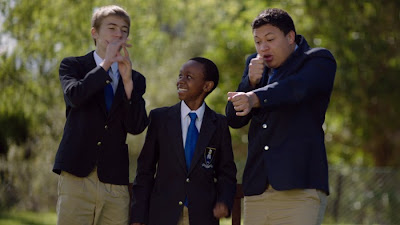 The Way Way Back:
Screening in limited release is this indie comedy drama. Essentially a coming of age tale, this Sundance hit centres on a teen (Liam James) who escapes a miserable Summer vacation by going to work at a water park. The great cast includes Steve Carell, Toni Collette, Allison Janney, AnnaSophia Robb, Sam Rockwell and Rob Corddry.

"Really sweet and funny" are the words most often used to describe The Way Way Back. It's apparently very relatable and honest despite its reliance on character cliches. 85% Fresh. 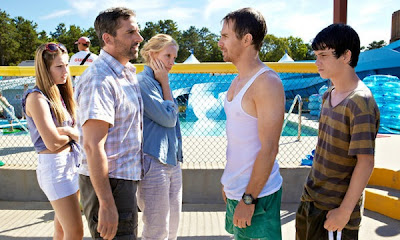