- March 18, 2013
Honestly, you’re probably in a better position going to watch Warm Bodies without having seen its trailer. You see the previews give away too much of the plot – which should really be a delightful surprise – and create the misconception that the film is primarily a comedy. The reality is that while there are many laugh-worthy moments in the light and charming Warm Bodies, the film mixes and matches genres. Think of it as Twilight for the Scott Pilgrim crowd. 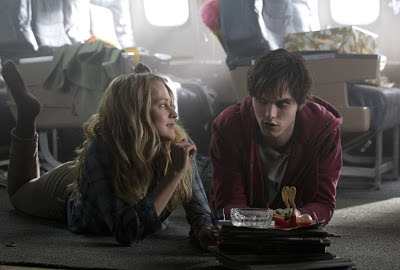 Based on the novel by Isaac Marion, Warm Bodies is in essence a Zombie Apocalypse take on Romeo & Juliet. Exposed to his thoughts in voice-over, it’s clear from the outset that hoodie-wearing R (Nicholas Hoult) is a different type of zombie. Craving a connection with anyone or anything, he shambles around collecting nick-nacks for his den, and devouring the brains of the living (“the best part”) for the memories they contain. One day he encounters human survivor Julie (Teresa Palmer). A bond develops between them, but there will be many barriers to their happy ending. These include Julie’s military commander father (John Malkovich) and a second faction of undead – the Bonies, who have stripped off their flesh and gone completely feral.

A great deal of Warm Bodies’ strength stems from its leads. Hoult is likeably wide-eyed and physically awkward – I don’t know many other young actors that could make a zombie cute! – while Palmer is eerily reminiscent of a blonde, blue-eyed Kristen Stewart… without the annoying ticks. Each of the leads is in turn paired with a comical best friend. R has fellow zombie M (the always reliable Rob Corddry) while Julie has Nora (Analeigh Tipton). Unlike the stilted characters in Twilight, the entire cast of Warm Bodies is more relatable and easy to root for. Even Malkovich reins in his trademark mania to portray Julie’s father simply as a bitter, hardened survivor. 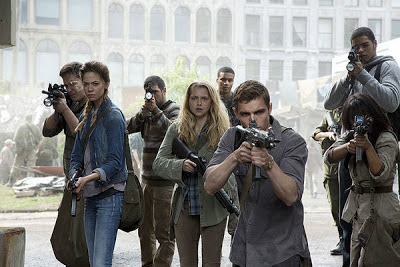 Coming from the director of bittersweet cancer tale 50/50 and acclaimed slasher All the Boys Love Mandy Lane, Warm Bodies marries rebellious teen romance and zombie horror with surprising ease. The film has its intense moments for the record, but nothing at the level of say, 28 Days Later or The Walking Dead. Warm Bodies only has a PG-13 age restriction after all, so the violence and rabid undead attacks are kept to a minimum.

In fact, if there are any complaints to be made about Warm Bodies it’s that the film is kept so light, all round. Although casual viewers are unlikely to complain, zombie purists may find it all a bit toothless – especially since the undead quickly break from tradition and start talking. Ultimately though, it’s the slight and simplistic nature of the story that holds Warm Bodies back from being 100% satisfying. 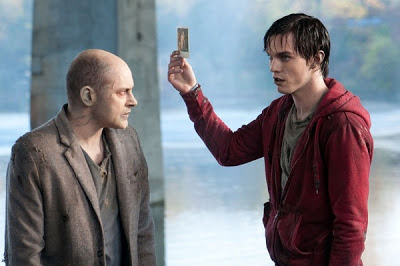 Warm Bodies is worth watching for its wittiness, and unique ability to find feel-good warm in a Zombie Apocalypse scenario. The film is far from perfect however. Despite some clever commentary on the nature of apathy and human emotional needs, it’s still difficult to classify this one as anything more than “lightweight entertainment for an evening out”. It just never strives to be more than gently amusing.

This review originally appeared online at The Movies.