Disregarding the gleeful attacks on him by gossip columnists, Tom Cruise is still an A-List movie star who fills cinemas and knows how to pack his filmography with slick, crowd-pleasing entertainment. His latest effort, Jack Reacher is no different. 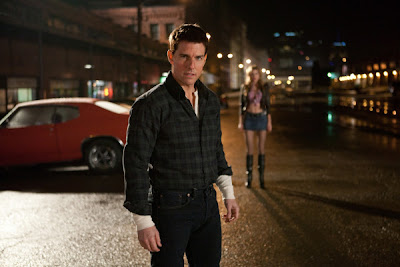 Based on the novel One Shot by Lee Child, Jack Reacher brings Child’s hard-hitting drifter hero to the screen for the first time. One part Mentalist, one part Walker, Texas Ranger, Cruise’s Jack Reacher is a man with a rigid moral code. He’s drawn to Pittsburgh after a deadly mass shooting is committed by a sniper Reacher previously investigated, back when he was a member of the military police. When the evidence doesn’t add up, Reacher finds himself working with the killer’s defence attorney, Helen Rodin (Rosamund Pike) to uncover the truth.

The Jack Reacher books are page-turners, combining action and mystery-solving. They’re the literary equivalent of popcorn flicks, and that comes through strongly in the film. Jack Reacher: The Movie is a throwback crime thriller, highly reminiscent of glossy genre entries from the 90s. Dialogue is artificially smooth, and the characters even smoother. It’s cheesy stuff – the kind of movie where the defence attorney and prosecutor (Richard Jenkins) are feuding daughter and father, and characters will only help our hero if he can complete a nearly impossible physical task.

There’s also the undeniable sense that the film is a vanity project. Jack Reacher in the novels is a giant of a man, and Tom Cruise obviously is not. Yet dialogue remains in the movie that refers to Reacher’s fearsome physical presence. Apparently characters look at Cruise and believe he could kill a woman with a single punch. Plus he can fluster people simply by narrowing his eyes and leaning in close. 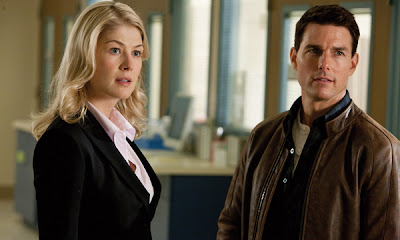 For those who have embraced the gritty Jason Bourne style of thriller, the artifice of Jack Reacher may be too much to handle. Others however may appreciate the knowing silliness. However, even the eye-rollers in the audience should get a kick out of the film’s action sequences. They’re bone crunching, coherent and very gratifying. During these “realistic” sequences (characters actually tire during fights), dialogue is discarded and the movie experience becomes entirely about the bullets and blows. The film’s climax is especially exciting – something that I would happily play through in a third-person action game.

Anyway, Jack Reacher has a lot going for it. Veteran scene-stealer Robert Duvall even pops up in a fun supporting role, and newcomers Jai Courtney and Alexia Fast both make an impression in small parts.

At the end of the day, Jack Reacher is a much more successful crime-novel-to-film adaptation than last year’s Alex Cross. If more Jack Reacher films were greenlit, creating a new franchise, I wouldn’t mind. And evidently neither would the cinema full of happy, highly responsive people that I watched the movie with. 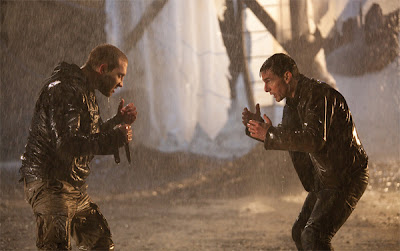 Dosti said…
its another boring movie from tom cruise. He has forgotten how to chose a good movie and how to act. May be due to his personal issues, he is not able to concentrate on his career.
4:55 PM