- February 03, 2012
Right, 4 new movies open in South Africa today, as well as a recording of live theatrical production Nataniel: Combat. These though are the notable new feature releases:

The Descendants: Based on the novel of the same name, family comedy-drama The Descendants is one of this year's big Academy Award contenders - racking up 5 nominations including Best Picture, Best Adapted Screenplay and Best Actor. Set in Hawaii, the film sees George Clooney star as a father who must handle a family estate and reconnect with his difficult daughters after an accident leaves his wife in a coma.

The Descendants, from writer-director Alexander Payne, has been lavished with praise. The film has an aggregated Rotten Tomatoes rating of 90% Fresh. Apparently its gentle, gratifying cinema for grown-ups - touching, perfectly balanced in terms of tone, and brilliantly acted. It clearly runs the risk of being over-hyped though. 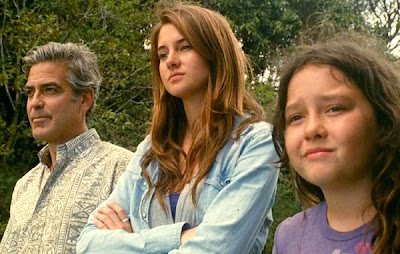 Jack and Jill: Given the critical reaction to this comedy when it released overseas back in November, expect a ton of Razzie nominations come 25 February. Jack and Jill sees Adam Sandler in a double role, playing identical twin siblings, male and... erm... female. In terms of the film's plot, a successful ad executive and family man is forced to contend with his overbearing sister, when she visits over Thanksgiving. Katie Holmes and Al Pacino co-star.

How bad is Jack and Jill? Well, it scored an aggregated review score of just 3% Fresh on Rotten Tomatoes. Apparently the film is agonisingly unfunny (the word "torture" comes up in reviews a lot), with only Pacino supplying the laughs. Sloppy, juvenile and arguably the worst film of Sandler's career. 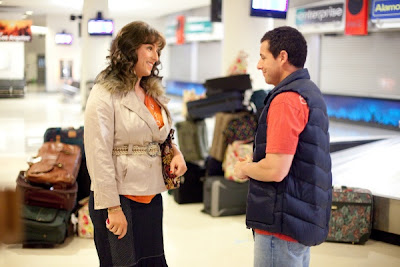 Man on a Ledge: Sam Worthington, Elizabeth Banks, Jamie Bell and Ed Harris star in this crime thriller about a former cop turned prison fugitive who steps out onto the ledge of a high rise building in New York. The crowds gather and a negotiator is called, but is the suicide threat genuine or a cunning distraction from a heist that will clear the ex-policeman's name?

Given the number of other crime thrillers that are out at the moment, January and February are evidently the dumping season for this tired genre. And judging by comments from US reviewers, Man on a Ledge is another uninspired, paint-by-numbers disappointment - with humble aspirations (which it admittedly does achieve), a convoluted plot and a lack of genuine thrills. Currently 27% Fresh on Rotten Tomatoes. 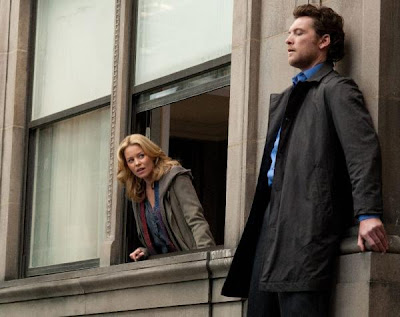 Trespass: After years of highbrow, art house fare, here's Nicole Kidman slumming it with Nicolas Cage in this home invasion thriller, directed by Joel "I'm still making amends for Batman and Robin" Schumacher. Cage and Kidman star as a wealthy couple whose secrets come out when they're taken hostage by a gang of burglars.

By all accounts Trespass is a bomb, critically and commercially. Just 10% Fresh on Rotten Tomatoes, the film was apparently pulled from cinemas after just 10 days in October, and popped up on DVD less than 3 weeks later. As expected Kidman delivers a strong performance but overall the film is sloppy, cliche-riddled and more nasty than entertaining. 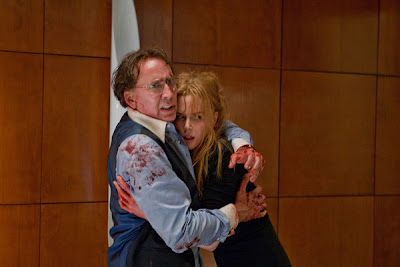