At first glance, sci-fi thriller The Darkest Hour sounds like it could be a bit of alright.

The film refreshingly removes the "When Aliens Attack" action from the United States and transplants it to Moscow instead, for shots of an imposing city that cinema audiences rarely get to see on-screen. 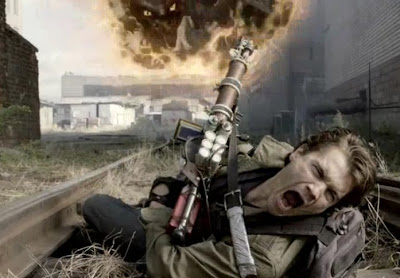 The plot also sounds intriguing - in The Darkest Hour, instead of the usual greys and multi-limbed monsters without immune systems, invisible aliens descend on Earth to satisfy their hunger for energy. In the process they put the disintegrator tripods of War of the Worlds to shame. And instill some self-sufficiency in a band of shell-shocked twentysomethings (mostly Americans) who discover that the stealthy extra-terrestrials can be detected by their tendency to trigger electrical appliances. Emile Hirsch, Olivia Thirlby, Rachael Taylor and Max Minghella star.

The Darkest Hour is produced by Wanted and Night Watch's Timur Bekmambetov, and regardless of the uneven nature of his finished films, there's no denying that Bekmambetov's work - or any of the films he oversees as producer - typically have a lot of visual flair. The trailer for The Darkest Hour seems to confirm that's also the case here, with plenty of impressive shots of the abandoned Russian capital.

Then there's the fact that The Darkest Hour is in 3D. These days that's normally an instant negative, but The Darkest Hour is in essence a horror flick, and of all the genres, horror is the one that has arguably put the most effort into capitalising on the format... with the likes of Final Destination 5 filming specifically for 3D instead of lazily converting during post-production.

Anyway, despite sounding promising enough on paper, and looking decently palatable in promotional material, The Darkest Hour is apparently a disaster movie in more ways than one. In America, the film released on Christmas Day 2011 without screening for critics beforehand (never a good sign!). Since opening, The Darkest Hour has managed to rack up a dire aggregated rating of 11% Fresh on Rotten Tomatoes. Apparently, it's not even brain-dead fun. The invisible aliens, instead of being chilling, are as boring and shoddily executed as the special effects and clunky, exposition-heavy dialogue. Even worse, the film's heroes come in just 2 flavours: cardboard and unlikeable. Not even multi-award nominee Hirsch escapes unscathed.

I suppose we should have been suspicious back when the film was slapped with a limp PG-13 age restriction. So, unplug all excitement for this one right now. You've been warned. The Darkest Hour opens in South Africa in a week's time, on 27 January. 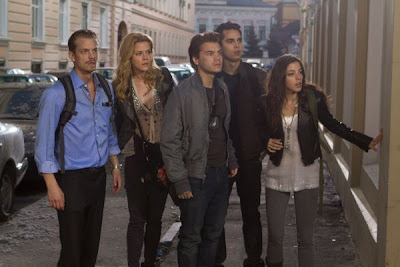