- October 07, 2011
It's all about variety at South African cinemas this weekend. The top 3 new releases today are all very different, catering for some very different audience segments.

The Help
This comedy-drama certainly hasn't been without controversy. Based on the bestselling novel by Kathryn Stockett, the film examines the relationship between black maids and their upper-class white employees in early 1960s Mississippi, as the Civil Rights Movement was heating up. Emma Stone plays a recent college graduate and wannabe writer who sets out to tell the stories of Viola Davis, Octavia Spencer and other black women silently serving her community.

The Help was one of the biggest hits at the American box office this Summer, holding the #1 spot for 25 days straight - second only to The Sixth Sense in 1999. It will be interesting to see how well the film does in South Africa given that it's had little marketing push, but is still a story and situation local audiences are intimate with. Segregation and reliance on household staff are a huge part of our history.

Anyway, The Help is 74% Fresh on review aggregator site Rotten Tomatoes. Some have taken offense, saying the film is a stereotype-riddled and schmaltzy simplification of history, where it's still kind, affluent whitey to the rescue (Remember those complaints about The Blind Side?). By contrast, there are those who have called The Help feel-good entertainment of the highest calibre, superbly acted and very moving... if still definitely lacking in subtlety.

What's Your Number?
In this raunchy romantic comedy Anna Faris plays a woman disturbed by a magazine article that implies she has passed her life's quota of partners, and will henceforth be alone forever. Believing that she made a mistake breaking up with at least one of her exes, she enlists the help of her neighbour Chris Evans in tracking down her oddball collection of former lovers. The film is based on the chick-lit novel 20 Times a Lady by Karyn Bosnak. 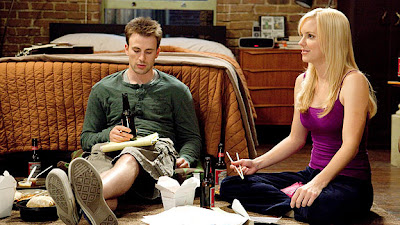 Warrior
I've written a bit about this sports drama before. Joel Edgerton and Inception's Tom Hardy play 2 very different brothers - a teacher and family man, and a brooding ex-Marine war hero - who find themselves on opposite sides of the ring during a massive winner-takes-all Mixed Martial Arts (MMA) tournament. Nick Nolte plays the fighters' father, a recovering alcoholic.

"Oh, God, another 'hero overcomes the odds to prove himself in the ring' tale", I hear you groan. Well, you're right. Warrior isn't anything we haven't seen before. However, the film is one of the best reviewed films of 2011 so far, racking up a Rotten Tomatoes rating of 84% Fresh. Evidently the film is powerful filmmaking all around, incredibly well acted and gripping despite the fact it's mostly on familiar ground, and doesn't bother to sidestep the inevitable sentimentality.

A Gamer's Wife said…
Yeah, I have a hard time watching MMA fighting so probably won't go see Warrior. With violence in movies, I know it's fake but something about real-life fighting makes it harder to stomach. ^_^;;
7:10 PM