To celebrate the release of this groundbreaking new superhero film – the first solo comic book adaptation to centre on an African hero and his world – here you can find my spoiler-free review. Huge thanks to Tracy and Potato the cat for joining in the discussion. 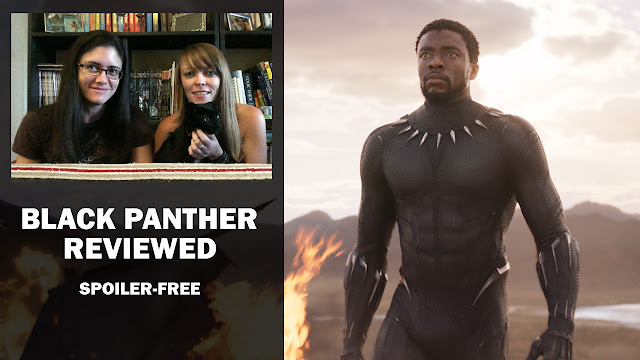 Because I know not everybody has the time to sit and watch a 20-minute clip, below the video you can find our thoughts in summary form – which we used to guide our discussion in the video. The notes should give you the gist of our feelings about the movie.


“Tell me something. What do you know about Wakanda?”

Introduction:
No spoilers in this video. It's also not our place to discuss race and how the movie truly delves into African / black experience.

Synopsis:
Straight after the events of Captain America: Civil War, Prince T’Challa (Chadwick Boseman) returns home to claim the throne and take over as king of the hidden African nation of Wakanda. Thrust into the limelight of taking over leading his people, T’Challa tries to follow in his father T’Chaka’s (John Kani) footsteps. As the film goes on, and T’Challa is trying to balance being a leader while being confronted with differing ideologies, especially those brought in by Killmonger (Michael B. Jordan), aided and abetted by Ulysses Klaue (Andy Serkis), who has his own ideas about how Wakanda should be run.

It's the 18th Marvel Cinematic Universe entry, but it feels DIFFERENT. Not a hero coming to terms with powers. T'Challa is trained and ready, but the question is what to really do with his powers to make a lasting difference to the world?