- January 10, 2018
Apologies for this blog looking so deserted. Just a friendly reminder that I do a lot of my pop culture commentary and reviews for Critical Hit these days, in addition to the movie feature every month in Gamecca Magazine. Occasionally, I also contribute to IGN Africa.

That said, I promise to become better about linking to my work here (expect a huge catch-up post soon), but don’t forget I highlight my latest work almost daily on my Facebook page, which I recommend you Like. You can also subscribe to my YouTube channel, which I’ve committed to updating more frequently this year. 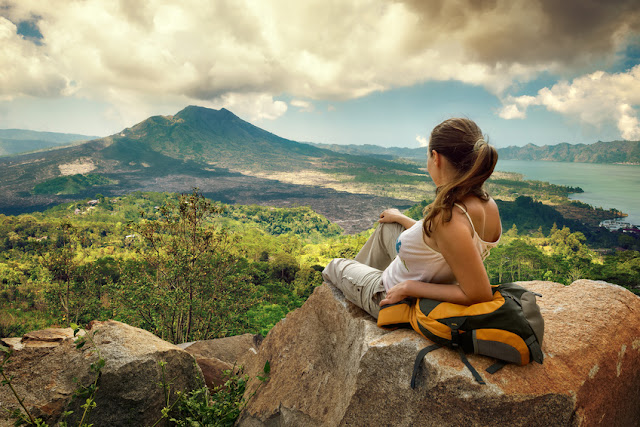 Speaking of 2018, here we are a week and a bit into January. I always struggle mood-wise this time of year. Having a birthday in early January makes you extra contemplative about yourself, your achievements and your place in the world.

So, to look back…

2017 highlights
I managed to attend all the major geeky cons and expos in South Africa (Cape Town’s FanCon, Durban's ICON by the Sea, and Johannesburg’s ICON and rAge). I also won my first ever cosplay award, Best Gaming Cosplay for my Rise of the Tomb Raider outfit at ICON By the Sea. As ICON By the Sea is my hometown’s tabletop gaming and geek lifestyle con, the victory felt extra-special. 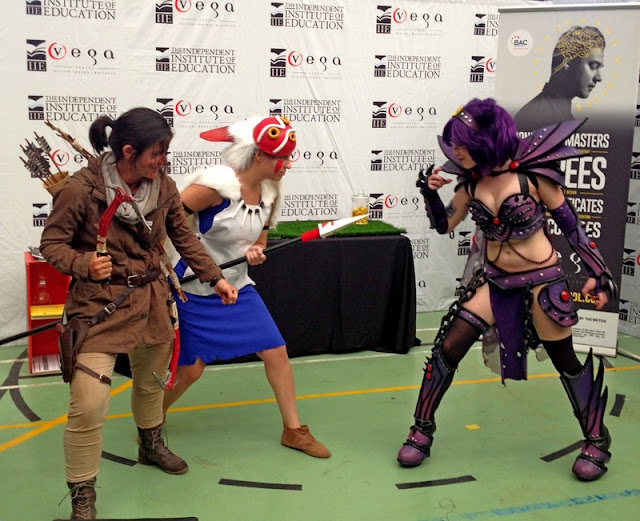 Other highlights of 2017 include a fly-by-night, 40-hour trip to London on behalf of Critical Hit and Megarom to play and preview Assassin’s Creed Origins on the Xbox One X. The preview event included a chance to interview the game’s director Ashraf Ismail, while the trip allowed me some time to roam around my favourite international city. That meant a pop-in at Forbidden Planet, a visit to the British Museum for the first time (Lewis Chessmen and Rosetta Stone ticked off the Bucket List!), easy access to gyoza and miso soup, a chance to pose with Paddington Station's lifesize Paddington Bear statue and a unique opportunity to talk Tomb Raider and writing projects with Gaming Industry veteran Rhianna Pratchett over dinner and cocktails.

Speaking of video games, I also did my first ever piece of paid games writing in 2017. Meanwhile, the only other international travelling I did in 2017 was an eye-opening 9-day family vacation to Zimbabwe to visit relatives. It included four days on a Kariba houseboat. I feel extremely fortunate to have done this as it's sadly become a largely unfeasible experience for international visitors without local connections. During those four days I caught my first ever fish (not exactly a Bucket List entry, but it made me feel pretty accomplished). 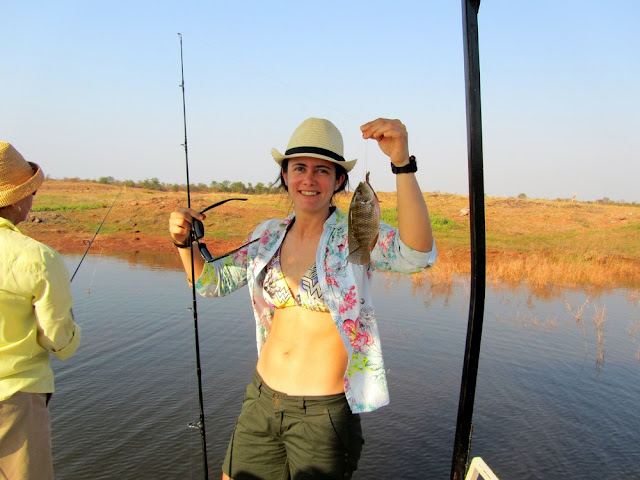 Otherwise, in 2017 I moved up to Johannesburg for a very special woman in early October, and I started a new full-time copywriting job at the beginning of November.

2017 lows
In the interests of transparency – and countering that stilted life impression that social media often creates – I’ll admit 2017 was the year I came closest to removing myself from this planet.

For all the good things that happened, there were certain disappointments that stirred up my darkest feelings of worthlessness and hopelessness. There were a couple of patches where I believed I had no value to anyone, professionally or personally; that no matter what I did – or how right I was for something – it was not enough. I just didn't possess the qualities others clearly value in this day and age.

There is some carry-over of those feelings now, I admit. They’re always particularly strong as I come up on another birthday. Comparison is the thief of joy, it’s true, but even with this awareness you still find yourself looking at the successes of others – increasingly so much younger, ambitious and extroverted than yourself.

I struggle with shame that I don’t know how to make my creative dreams profitable, and that ultimately I chose safe and unremarkable over daring; that clearly I’m not “hungry” enough. This feeling is paired with a sense of guilt that every time I prioritise downtime over production, it’s a personal failing. The rasping internal whispers insist I will never succeed because I do not work hard and/or sacrifice enough. That my opportunity is pretty much past.

This is what goes on in my head almost every single day, FYI.

1) Finish my novel. I need an original piece of writing that is 100% “mine” so there’s something on which I can build a creative legacy. (I'm probably never going to have children so my work will be all I leave behind, really). I love my fan work and intend to continue it as a means to destress, but it remains the red-headed step-child of all fan creation.

2) Read more. I made this resolution last year and I want to keep it up as I definitely feel like it helped my own writing.

3) Work up to running (OK, jogging) a 10km race without walking at any point.

4) Get back into Brazilian Jiu-Jitsu, and make class regularly.

5) Plan one international “adventure” holiday as something to look forward to.

6) Complete the two ambitious cosplays I have in mind for the 2018 con season.

7) The toughest one of all: Resist comparison and try to beat myself up less. Trust that I am doing the best I can, that things will work out alright in the end, and don’t be paranoid that others around me consider me a disappointment.

There you go. These are my reflections and ambitions blogged for posterity as I enter my 36th year. 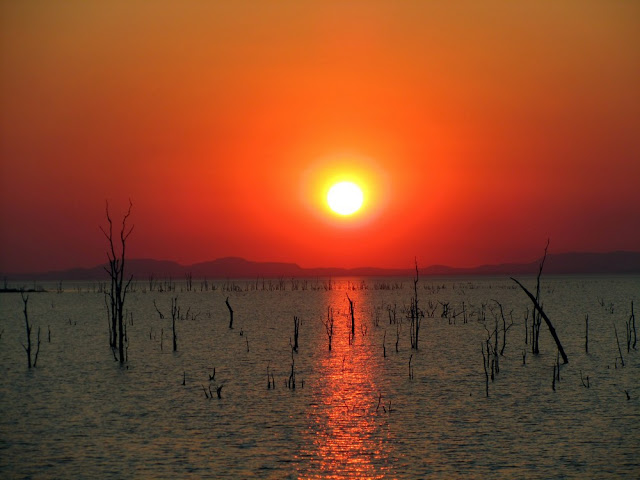 Anonymous said…
If you don’t have kids, I’ll kick you in the nuts. I’ll find a way to find you and it’ll hurt!
You are by no means a disappointment.
Everything works out and is exactly how it meant to be.
I’m the pinnacle of procrastination and spent my life saving chasing a dream I don’t know I can reach but I’m still doing it with a G that keeps telling me I may not make it, I’m going to be too old for children and who knows what else, never mind medical issues and I’m still going.

If you want to know how I believe this. I got on a flight to Melbourne and by chance I spoke to the cockpit crew on landing (I make a point of never doing this) and the the co-pilot trained my two main instructors at Virginia. Think of how coincidental that is and how much had to be in place in the world for that meet to happen.

You’re exactly where you need to be now sort out where you are going and how you are getting there and for Pete’s sake don’t worry what others think of you! They’re all jealous they have no balls to do half of what you do.
2:52 PM

I know what it's like to feel like that, it was something I used to deal with on a regular basis, the trigger or cause for my feeling of worthlessness was rooted on my lack of confidence on my skills and capabilities. Then I had a moment, a leap of faith, the big risk to move to another country on my own, England, and in doing so and facing everything and coming out on top, it helped me deal with the root cause, gain a lot of confidence in what I can accomplish, realise I didn't have anything to prove to anyone ever again and dispel those feelings. I still sometimes get bad days, but overall I'm in a better place than I used to be.

Your own feelings may come from another place and your situation is probably different, but I want you to know that if you continue to work towards what you want, if you face your fears and take those important plunges, eventually you'll find yourself better.

As cheesy as it may sound, there isn't an easy fix. It's a journey but it's a good journey to be on and stay on.

Never lose faith in yourself. If it helps, I think you're pretty awesome, and though we may not be close, if you ever need to talk and I may be of help, I'll be there.
2:39 PM

Okay self-doubt can be crippling, but it can be used as a positive in caution & in planning to mitigate potential failure. Okay, that is putting a bit of a spin on things, but I am glad that your doubts aren't holding you back.

And your report on 2017 highs shows some pretty darn high highpoints.

Being flown to another continent to preview a video game - awesome! Getting to smooze with Rhianna Pratchett - Awesome!! And congratulations on the new job.

And major congratulations on your move to Jo'burg. Best wishes for the future.

And finally a random note: my first thought on reading the post was that it was a great Lara cosplay picture at the top of the post, quickly followed by, "Oh. It's not Lara. It's her."
1:35 PM