The good, the fun and the exceptional: Mini reviews for The BFG, Ghostbusters and Kubo and the Two Strings

- August 29, 2016
Ah, the pleasure of once more living somewhere where three cinemas are within a 30-minute drive. Apart from Suicide Squad (read my review), I’ve managed to catch three other movies in the three weeks I’ve been back in South Africa. Here's a short rundown of each of them.

The BFG
Steven Spielberg, surprisingly, is the director’s chair for this CGI-heavy adaptation of Roald Dahl’s beloved children’s book. After she spots a giant sneaking around the streets of London, precocious orphan Sophie (Ruby Barnhill) is whisked away to the land of giants. Lucky for Sophie, her kidnapper is a benevolent vegetarian – a Big Friendly Giant – although that doesn’t mean she’s safe with other monstrous man-eaters sniffing about.

The BFG is very charming, and the Harry Potter-esque John Williams score only adds to the sense of magical whimsy. It also features phenomenal performance capture of Mark Rylance as the title character. It’s just that the film is, well, too lovely; too safe. Nothing really happens, which makes sustaining interest difficult at times. Good, but not exactly enthralling. 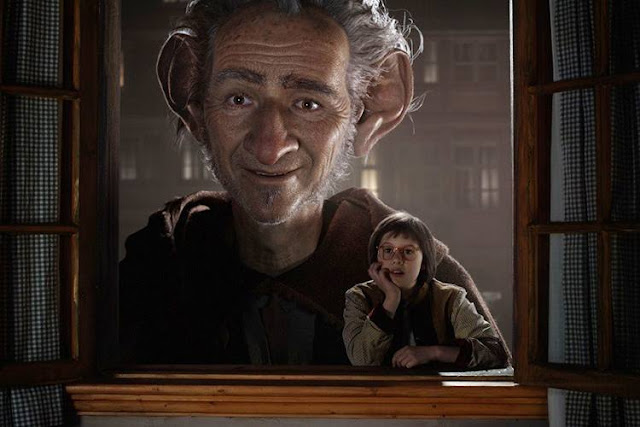 Ghostbusters
The film that angry fanboys have been gunning for since the second it was announced, Ghostbusters is an all-woman remake (well, loosely) of the 1984 supernatural comedy. Bridesmaids and The Heat director Paul Feig reunites with frequent on-screen collaborator Melissa McCarthy, and the pair is joined by Kristen Wiig, Kate McKinnon and Leslie Jones for this tale of a band of scientists and experts who must save New York from a paranormal threat.

Ghostbusters is far from perfect – juvenile humour early on falls especially flat – but it’s still a lot of fun, and considerably better than the trailers made out. It’s also a lot sharper than expected, making a joke out of the online hate it received, and positioning fanboys and “legacy” as the greatest threats facing our new heroes. Speaking of which, McKinnon’s eccentric engineer Holtzmann has proved to be an audience favourite, although Leslie Jones’s down-to-earth Patty is my character pick, as her lines frequently undercut the supernatural menace. Overall, I enjoyed myself, and as a bonus, Ghostbusters is one of those rare movies actually enhanced by 3D. 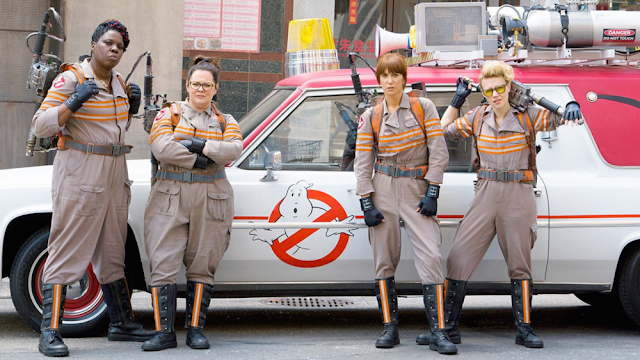 Kubo and the Two Strings
From Laika, the same stop-motion animation studio responsible for Coraline, ParaNorman and The Boxtrolls, comes this Japan-set fantasy adventure. The title character is a young boy (voiced by Art Parkinson) who supports his mentally ill mother through magic-infused story-telling. Kubo’s life isn’t exactly happy, but he soldiers on until he accidentally comes to the attention of his grandfather, the vindictive Moon King. From that point onward, he must find three items of armour to protect himself, and he is aided in his quest by tough-love Monkey (Charlize Theron) and goofy amnesiac Beetle (Matthew McConaughey).

I was worried Kubo and the Two Strings was going to be another Chosen One tale, but the story side-steps that completely. Not only is the film stunning to look at, but it incorporates Japanese culture without succumbing to clichés. Instead, with its rich cultural backdrop, Kubo and the Two Strings emerges as a deeply moving tale about family, memory and what it is to be human. As a bonus, the action scenes are kickass too. Kubo and the Two Strings is hands-down Laika’s best effort to date, and deserves every scrap of support it receives. Once again in 2016 – following Zootopia (my review) – one of the year’s must-see movies is animated. 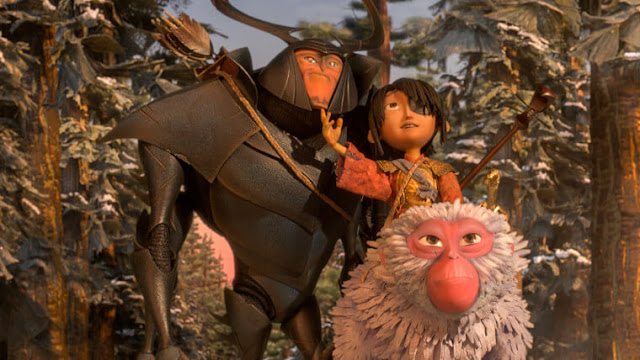