For those of you who don't know, my online nick - "pfangirl" - comes from my first major celebrity obsession: Michelle Pfeiffer (yes, the "p" in "pfangirl" is silent!).

Of course the Catwoman star's big A-list heyday is behind her, but over the past few years, when not appearing in intimate family dramas, Pfeiffer has been cornering the market in bad girls turned badass matriarchs (as demonstrated most recently in Dark Shadows).  The Family - also known as Malavita - continues this trend.

In this crime comedy actioner, Pfeiffer is wife to Robert De Niro's New York mob boss. When he turns state witness, the Manzoni family - including teenage daughter Belle (Dianna Agron) and son Warren (John D'Leo) - are forced into the witness protection programme, under the care of Tommy Lee Jones's government agent. This is all good and well, but the Manzonis are unable to change their criminal ways, forcing their relocation every 3 months. Even when they end up in a sleepy French village, their darker urges take over, attracting the attention of the furious Mafia.

Judging by its trailer, The Family seems to be tonally similar to RED... which of course isn't a bad thing. The film is also evidently an uncharacteristically "light" effort from writer-director Luc (The Professional) Besson, whose recent filmography has seen him content to script and produce films like Taken and The Transporter. Then again, Besson did make the very offbeat Fifth Element which combined a lot of wackiness with its sci-fi action, so he may have a better handle on The Family's brutal humour than we'd think. Here's hoping he pulls it off.

The Family is set to open in the US on 20 September. The film has a tentative South African release date of 1 November. 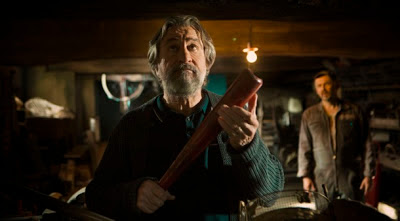